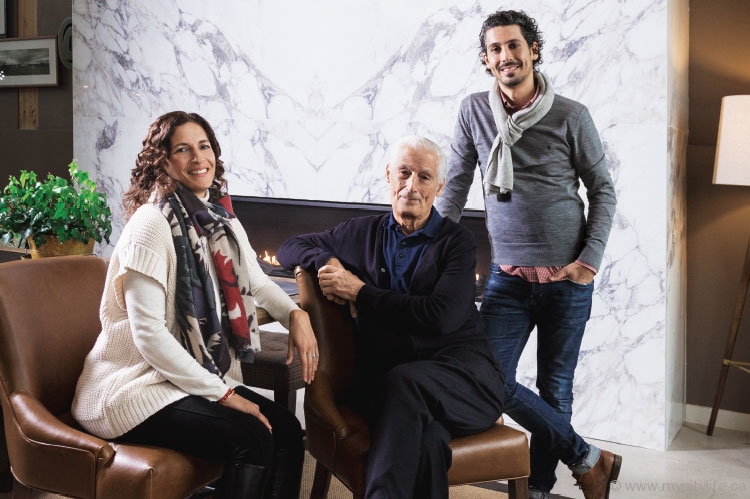 A successful artist isn’t defined by their medium of choice, but by their ability to turn each endeavour into a masterpiece of its own. Mario Adamo is the Michelangelo behind Adamo Estate Winery, the beautiful 24-acre boutique vineyard and winery just outside Orangeville, Ont., in Mono Township.

At the young age of 18, when Mario Adamo first immigrated to Canada from Calabria, Italy, his “American dream” was to become a successful artist. Painting and sculpting were passions that he was certain could become reality in the land of opportunity. “I realized very quickly that if I was going to be an artist, I would starve,” jokes Mario.

Wasting no time, the young entrepreneur picked up another trade: hairdressing. Throughout his twenties, and for nearly 30 years, Mario owned and ran two hair salons to proudly support his wife and four children.

When it was time to move on, Mario successfully ran several other business ventures, until a unique opportunity arose and the Adamo family found a gold mine. In 1985, he and his wife Nancy took a chance on a beaten-up 28-room inn and countryside property located in Mono Township in the Hills of Headwaters. It was then that Hockley Valley Resort was born.

“There were cobwebs and wild dogs roaming the property — we thought my parents were crazy,” says Julie Adamo-Cass, Mario’s daughter as well as co-owner and operator of Hockley Valley Resort and Adamo Estate Winery. “But my parents were a good team, my dad being the visionary and my mom being more of the business driver, and together their determination and perseverance made it possible to succeed.” The duo took the fixer-upper and transformed it into a successful 104-room all-season resort and culinary destination that is now run by Julie and her younger brother John Paul Adamo.

But the wheels kept turning — Mario knew there was more to be done. His entrepreneurial spirit burned bright and he turned to his roots for inspiration for a vision that would turn the province’s winemaking industry on its head. In 2012 Mario hand-planted the first 33 grapevines on a neighbouring property. “A lot of people told us we’d make some really good vinegar,” laughs Julie. “But the people who knew me knew I was going to do it,” adds Mario, a grin on his face.

If anyone was going to cultivate the land in the Hills of Headwaters, it would be Mario. It was clear he was one headstrong Italian who never took no for an answer. Julie and John Paul admit that taking risks and welcoming a challenge is just in their father’s nature.

“If you’re lazy, that’s what you get — a lazy glass of wine” — Mario Adamo

Why did so many people doubt the success of the soon-to-be vineyard? When people think of Ontario wines, the first thought is always Niagara or Prince Edward County. No one had any clue that the terroir in Mono Township could sustain grapes. But Mario had no doubt — and thanks to his persistence, the help of consultant Jonas Newman of Hinterland Winery, and Adamo Estate vineyard and winery manager Shauna White, the dialogue soon began to change.

What’s more, the vineyard employs organic and biodynamic farming practices, which not only require more maintenance, but also incur higher production costs. This wasn’t a second thought for Mario, who at nearly 80 years old, still comes to the vineyard every single day to maintain his vines and actively participate in the tasting and perfecting of the wines. “If you’re lazy, that’s what you get — a lazy glass of wine,” he says.

“If we were going to do this for the money, we’d be doing things a lot differently,” adds Julie.

Recently, the vineyard’s 2016 Riesling placed platinum at the 2017 Decanter World Wine Awards, an honour that nearly brings a tear to Mario’s eye as he shares news about the accolade. The wine scored 95 points, an accomplishment rarely achieved even in the province’s wider-known wine regions.

John Paul, who has a culinary background, admits that he wouldn’t hesitate to enjoy a glass of Adamo’s Pinot Noir with a tasty mushroom risotto: “the woodsy mushroom notes make it a match made in heaven,” he says. “But I wouldn’t stop you if you wanted to pair it with a Mars Bar — who am I to say it doesn’t work?”

Julie and John Paul are proud to sit at the helm of this new venture with the goal of preserving their father’s legacy with the same commitment to quality and superior service he has always provided guests of Hockley Valley Resort.

Since the vineyard’s inception, John Paul’s focus has been flogging the wine. “I spent a lot of time on the road the first couple years working events in Toronto at a grassroots level — pop-up dinners, events and shows — just trying to convince people that we are producing quality wine,” says John Paul. “Because when you tell them you’re located in Mono Township, they ask, ‘Where in the Niagara region is that?’” With hard work and commitment to their vision Mario and the Adamo family officially put Mono on the map.

In 2015 Adamo Estate Winery opened a cosy 20,000-sq.-ft production facility on the property, complete with a decorated event space, retail shop and quaint café. Situated in the beautiful Hills of Headwaters, the facility and vineyard play host to a number of private functions, special events and wedding ceremonies.

Because Adamo Estate Winery isn’t located along the famous Niagara wine trail, Julie says the goal was to create a more experience-based destination. Like its sister company, the winery is focused on comfort and traditional Italian hospitality.

“It’s easier to stay true to your vision when there are clients and customers that want and appreciate quality,” says Julie. “That’s always been our focus, even at the resort, so you tend to attract that as well. Our motivating factor is not money — it’s passion.”

Adamo Estate wines are stocked at a number of well-known Toronto eateries and hotels. The products are also available in store or online for purchase.

It’s safe to say that Mario accomplished his lifelong dream of becoming an artist; a winemaker is nothing short of a creator. And in case you were interested in his visual art, the walls of the winery are adorned with dozens of his awe-inspiring creations: there’s even a sculpture or two. 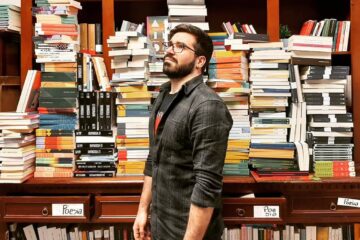 CITY LIFE MAGAZINE  @citylifetoronto
RT @Bell_LetsTalk:Today, every view of this video helps create positive change. All you need to do is watch it and Bell will donate 5… https://t.co/fGsjnWTQz9
reply retweet favorite
Instagram
Canada and the world mourn the passing of Prince P