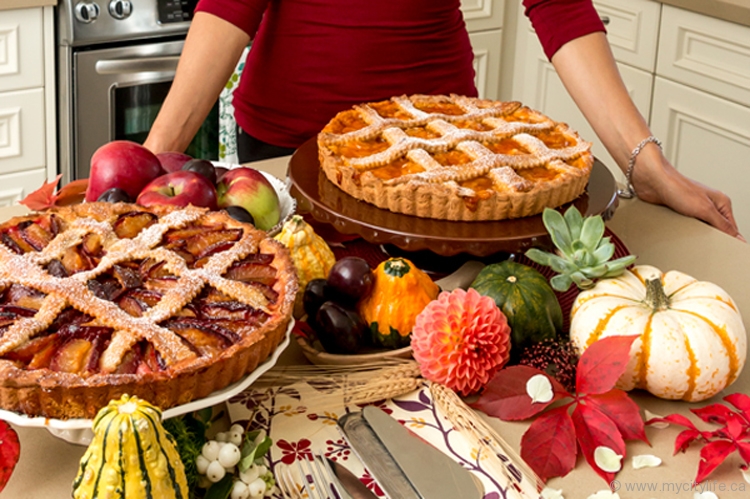 Autumn is in the air, and we’re stocking our cupboards with pumpkin purées and seeds, cinnamon, nutmeg and walnuts — but how to use it all? Get crafty in the kitchen this season with the help from two local foodies and their signature home recipes. Unlock the flavours of fall with these deliciously simple dishes that are sure to please any crowd!

Fina Scroppo
Editor, writer, soccer mom
Maple
Fina is a woman of many talents. As an award-winning writer and editor, she’s worked her magic on the pages of some of Canada’s favourite publications, she’s a full-time mom to two young boys, and she somehow found the time to self-publish her own cookbook, The Healthy Italian, just last year.

While she’s known and loved for her healthier, craftier takes on classic (and not-so-classic) Italian dishes, Fina claims she’s more of a chef than a baker. “I’m not so good with baked goods, to tell you the truth,” she says. “But this crostata, I’m telling you, is the easiest thing you can make. And it’s so good.”

What could be more perfect for a scrambling host, working parent or beginner baker? Baked with vibrant fruits of fall, this high-fibre variation of one of Italy’s favourite desserts is a must-have for any autumn gathering.

2. Cream butter and sugar together on medium speed until light and fluffy. Add eggs, one at a time, beating well after each addition. Mix in yogurt.

3. With the mixer running on medium-low speed, gradually add the flour mixture until all ingredients are combined. Turn the dough out onto a lightly floured surface and knead for 1 to 2 minutes. Reserve about 1 cup (or a handful) of dough to make lattice-patterned crust on top.

4. Grease a deep, round 12-inch non-stick baking pan or 12.5-inch non-stick fluted tart pan with removable bottom. Using a rolling pin, roll out dough to about ½ inch thick and large enough to fit pan size. The dough will rise so don’t be afraid to roll it out thinly.

5. Transfer dough to greased pan and gently press dough up the sides of the pan. (If you don’t have an extra-large deep pan, use a round pizza pan to flatten out dough and pinch up the edges.)

8. Arrange prune plums in a circular pattern in a single layer onto crust, starting from the outer edge until you get to the centre. You’ll want to overlap them only slightly as you arrange them. Drizzle any syrup left in bowl over the prune plums.

9. Take the reserved dough, sprinkle with extra flour and flatten with a rolling pin to form a rectangle about 6 x 10 inches. Cut dough into six long strips, about ¾-inches wide. Place over filling, evenly spaced from end to end. Lay the remaining strips diagonally over the first strips. Cut off any remaining dough at ends and pinch dough at the perimeter.

10. Bake for about 40 minutes or until crostata is lightly browned. Remove crostata from oven and let cool for about 10 minutes before removing from pan. Once cooled, sprinkle with icing sugar and serve.

Note: Try Fina’s apricot variation of this recipe — find it in her book, The Healthy Italian.

Zoe Renglich
Pie and pastry guru
Thornhill
You may recognize Zoe’s face from the Woodbridge Village Farmers’ Market, where she sells her handmade pies and other baked goods every Saturday during the warmer months. She began selling her artisan treats at the Market after her high school graduation in 2012 before pursuing the culinary management program at George Brown College.

After a few years of working her magic at different bakeries and restaurants, Zoe launched her own business, Humble Pie & Pastries, in April of 2014. “I’ve been busier than anticipated, which is great!” says Zoe, who still sells at the Farmers’ Market as well as wholesaling to bakeries and cafés in downtown Toronto. She shares her signature pumpkin pie recipe, in all its brown-sugary, cinnamon-spiced glory, to sweeten our autumn.

Directions
1. Begin by making the pie crust. Cut the butter and shortening into small pieces and blend into the flour until it is pea size. You can do this by hand or in a food processor.
2. Sprinkle the cold water into your dough and form into a ball.
3. Let the dough rest in the refrigerator for 30 minutes before rolling out.
4. Once the crust is ready, move on to the filling. Mix brown sugar, salt, cinnamon, nutmeg, cloves and ginger together.
5. In a separate bowl whisk together pumpkin purée, eggs, vanilla and whipping cream.
6. Whisk the sugar and spice mixture into the pumpkin and pour mixture into crust.
7. Bake at 350 F for 45 minutes. 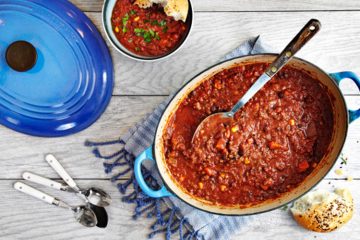 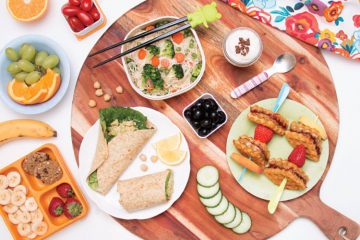 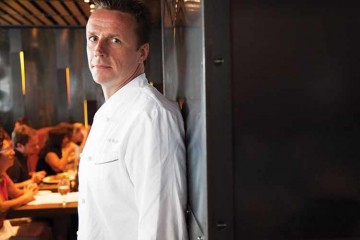 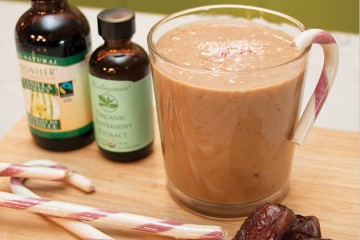