City Life sat down with TIFF and NIFF founder Bill Marshall to pick his brain about movies, watching them, and the smallest film festival in the world.

ON MOVIE-WATCHING
“The collective audience sitting in the dark goes back to storytelling in the caves where people would come back and light a fire and roast bison and the teller would get up and tell stories and everyone would be enjoying it. That was a huge connection between the tribe and that’s what going to a movie in a theatre is like.”

ON FILM FESTIVALS
“I think film festivals breathe the essence of the film experience for an audience; they’re curated so you’re hopefully seeing the best films that are available. The great thing about a festival is that you get to see the films with the people that made them and no matter how easy it looks the average film takes eight years from the day somebody says, ‘I think I’ll make a movie,’ until the time it’s actually screened. You’ve got amazing stories of perseverance, destruction and just horrible problems that get solved in the movie and I really enjoy those experiences and, you know, audiences do too. So at TIFF you get to watch the movie with the folks who made it and at NIFF you get to have a good meal and drink wine.”

ON NIFF
“It was a little hectic at the end there, but it was all for good reason. The main thing was everybody had a good time. We always have little hiccups, but if people don’t see them and enjoy themselves that’s the main thing. I wasn’t giving up on TIFF — it’s as big as it can get, it’s like a big Queen Mary. People keep asking me, ‘Well, are you going to do another one?’ I think they’re sort of saying are you kind of a one-hit-wonder? So I said no, I can do another one. Then I said the place that is the most natural in the world is Niagara as a region and they said ‘why is that?’ and I said it’s the number 1 tourist destination in Canada, it’s got a big waterfall, it’s the honeymoon capital of Canada and you’ve got this amazing scenery and on top of that you’ve got these great wineries. It didn’t used to be great, but over the last 30 to 40 years it’s gone from wine in a box to winning awards everywhere around the world and that’s great. So I said, if you can take all the things I like to do — watch movies and eat good food and drink good wine — and make a film festival out of that, you might have a shot. People said, ‘Okay, let’s do it.’”

On the World’s Smallest Film Festival at NIFF
“A thing that bothers me is mobile technology taking over the way we see everything. Generations of kids today are thumb-driven and small screen [inclined]. I come from an era where you wrote to people in pen and ink and saw movies on big screens. Today some people are quite comfortable looking at things on three- or four-inch screens. I can’t do it, but I don’t mind if other people do it.”

ON HIS START IN FILM
“Since I was a kid and went on Saturday mornings to see movies in Glasgow.”

ON HIS FAVOURITE FILM
“Well I can’t say I don’t have just one, but I always say Aguirre, Wrath of God to make things easy.”

ON NIFF’S FUTURE
“I think it will grow — you see, things grow faster now. There was no Internet when we did TIFF. They had just invented the mobile phone, which was a two-pound brick. So you couldn’t make movies on it. Now they’re making feature films like Tangerine, which was made on an iPhone. I think NIFF will grow faster and it will grow longer. I’d like it to be a summer weekend festival, you know. And St. Catharines is building this performing arts centre that has multiple theatres and we can use them in different ways and we can use the wineries in different ways. Again, it’s a no-brainer festival but somebody had to do it. One of the nice things that surprised me was the huge pool of filmmaking talent in the Niagara Region. We had four full features, and that’s a lot.”

ON CANADIAN FILM AND TIFF’S START
“There’s too many of them for one thing, and I think that’s because — and our activities in the film festival might be partly to blame for that — we were cultural sovereignists, which simply meant we didn’t like the Americans saying that Canada was part of the domestic market. We said no, we’re a separate country, and the American filmmakers said no, you’re not, so we made a big fuss about it and I think we were successful. And along the way the Canadian government decided there was a reason for Canada to have a strong storytelling nature of it’s own, so they supported that.”

ON TIFF’S SUCCESS
“The one thing I’ve noticed about the 40th anniversary is that people now believe that it was always lovely. In fact, it was impossible. Everybody said, ‘we don’t need a film festival here. Bugger off. Don’t bother us. It’ll never work.’ And we just had to say, ‘no, you’re wrong.’ And of course, again, it’s the people of Toronto who said, ‘yeah, we want it.’ I mean, you can’t tell people that come from countries other than Canada that they can’t see movies in their own language. You have to tell their stories in their own language, and we don’t mind looking at things with subtitles. This is the smartest and savviest film audience in the world and all of the studios know it, too. I didn’t make it — I just saw it. I don’t know why it took so long. Again, it’s not because we did anything unusual. We just brought films in from all around the world. And Americans only want films in English from Hollywood. We’re a city of immigrants. The more they come, the more you get [at the festivals]. As I say, we can’t get any bigger because we keep filling all the theatres. So, let’s call it a no-brainer. In spite of what people who were supposed to be big thinkers think.”

ON HIS CO-FOUNDER DUTIES FOR TIFF
“Well I don’t have to do much anymore except cut the cake.”

ON HIS PROUDEST CAREER MOMENT
“Well I like to think I haven’t had it yet. Lifetime achievement is one of those things you have to say, well, he’s dead now so we say he did a good job.  I think if I pick out one, everybody will get grumpy that I didn’t pick his or hers.”

ON HIS BOOK, FILM FESTIVAL CONFIDENTIAL
“I think I have to redo that again, because I think I left some stuff out. But I’m not sure anybody will buy it.”

ON HIS UPCOMING PROJECTS
“Yeah … I’m a recovering filmmaker. I’ve got a couple of projects I want to bang out. Two [film festivals] is enough, I think. I’d like to make more movies and I have another secret project that I’m planning that’s going to be, again, a way to make an audience or a city happy, but I can’t tell you anymore about it.”

ON HIS MENTOR
“I would say in real life it was working for David Crombie. I did his campaign and was his chief of staff when he was mayor of Toronto and that let me put together a board for the first film festival. So when you’re the mayor’s gatekeeper people listen to you. I think if anybody is starting a film festival now you need that kind of impact because the government funding is not ever going to be as great as it was then and it’s going to get smaller and smaller.”

ON HIS FAVOURITE INDUSTRY PROFESSIONALS
“You can’t find a better director than Norman Jewison and Ted Kotcheff and you can’t get better actors than Donald Sutherland, Christopher Plummer or Gordon Pinsent.”

ON ADVICE FOR FUTURE FILMMAKERS
“Don’t do it — we’re full. I say to people, we should have registered so you can’t get into the business until one of us retires or dies. But nobody listens to me anyway, so …” 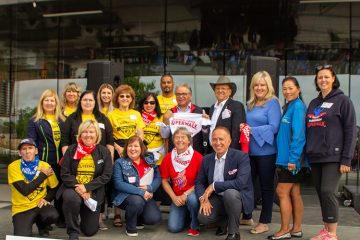 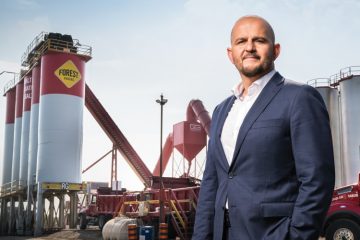