Jason and Debbie are the co-owners of Yoga Tree, a non-traditional yoga studio that has five locations across the GTA.

Jason owned an Internet marketing company, and Debbie was a buyer at Canadian Tire. They were both leading comfortable lives, but neither was truly passionate about their career. The duo had met while attending the University of Waterloo and a friendship quickly blossomed. While there, Jason studied biomedical sciences, and Debbie double majored in business and environmental studies.

After graduation, Debbie and Jason both developed an unparalleled enthusiasm for yoga. Jason recalls: “We both took up yoga because we wanted to find an activity that would help with our injuries and stress. Debbie has scoliosis, and [yoga] has helped her back pain. I injured my shoulder, but after a few classes, my pain disappeared. As we continued to practise, we realized that it was not just a physical form of exercise, but also an exercise in mental relaxation.” The pair then decided to fly to India and study their passion. Upon returning to Toronto, their separate careers began to evolve. They were relatively happy but felt something was missing. They wanted more. They had both become infatuated with yoga and wanted it to become more than a few hours out of their week — they wanted it to be an all-encompassing part of their world.


Debbie and Jason decided to return to India. Debbie remembers: “Jason studied with two yoga teachers while training in India. He was focusing on Classical Hatha and also Ashtanga Vinyasa in Mysore, India. When Jason decided to extend his stay, I decided to join him and study Ayurveda, which is a sister lineage to yoga.” After returning to Toronto, Jason embarked on teaching private classes. “Since he ended up spending so much time travelling between classes, we began thinking about creating our own community, where students could find us.”

The idea for the type of studio they planned on opening was based on offering a type of yoga space Toronto had never seen — a studio that didn’t follow the traditional order of things, but instead offered a new perspective. “Back in the day, studios in Toronto only practised one style of yoga, and it was often frowned upon to mix different styles. We wanted to change this perspective. We wanted to break from the tradition of only practising one lineage of yoga, and instead encourage students to explore different styles to find the one best suited for their needs. This idea is what inspired Yoga Tree, the desire to create a place for a community of like-minded individuals who saw their practice as something that would grow and change as their life goals also changed,” says Debbie.

“Our hearts are so full when we hear stories from our students on how we’ve helped them in their wellness journey, both physically and mentally”

Jason and Debbie’s yoga philosophy is reflected in the name of their studio, Yoga Tree. Debbie explains: “We wanted our studio to be diverse in our offering, and the three leaves on our logo represent the three lineages of yoga we offer: Hatha, hot yoga and Ashtanga.”

Yoga Tree’s first studio opened in Thornhill, Ont. “It grew organically as we got to understand our students’ needs better. We realized that many of our students worked downtown, but lived uptown and wanted to have one pass they could use at different studios on either weekends or weekdays,” says Debbie. Today Yoga Tree has five locations in the GTA: three in Toronto at Bay and Dundas, Richmond and Spadina, and Yonge and Eglinton, and one each in Vaughan, Ont., and Richmond Hill, Ont. Each location reflects the demographics of its neighborhood. The Bay and Dundas location and the Richmond and Spadina location cater to a younger demographic who are searching for more active classes. In comparison, Yoga Tree’s location at Yonge and Eglinton accommodates a more well-travelled client base.

In the early days of the business, the pair were working non-stop to achieve their dream. “We quickly learned that owning a business is very much like having a newborn child. Don’t expect much sleep and make sure you give it your fullest attention and unconditional love. In time, it will grow,” says Debbie. Debbie offers the following advice for people new to the scene: “For those new to yoga, we offer beginner classes that provide students a balanced introduction to Hatha poses. We also offer a series of therapeutic, low-intensity classes in the Yin and restorative style. Experienced yogis tend to lean toward our Hatha and hot yoga classes, which feature a wider range of yoga postures.” At the same time, Debbie stresses the health benefits of yoga. “Depending on the type of yoga you practise, the benefits may vary. For instance, if you want to strengthen, you can practise Ashtanga, Vinyasa or hot yoga. If you like to stretch, Yin focuses on that. Yoga can help you mentally decompress after a long day or help you to recover from a sports injury. Regular practice can provide a source for mental and physical healing.”

Recently, Yoga Tree has embarked upon teaching meditation classes and offering on-site holistic nutritional services. The meditation classes provide students time to relax and focus in a guided meditation. At the Bay and Dundas centre, students can also sign up for massage therapy treatments and personalized nutrition consultations. Over the years, Jason and Debbie have seen just about everything at their studios. “One of our favourite memories was meeting a multi-generational family who practised together at the studio. The grandmother would practise Yin and restorative yoga. The mother would be in a Hatha class, and the daughter would be taking a hot yoga class. It was a way for them to bond through yoga, and we were happy to see them,” says Jason.

After 13 years of owning a thriving business, Jason and Debbie seem to have found the secret to success. “Ultimately, success is achieving happiness and health. Our hearts are so full when we hear stories from our students on how we’ve helped them in their wellness journey, both physically and mentally, Success for us is living with purpose and we do that by having a positive impact on the lives of people in our community,” says Jason.

Gianna Ugolini: From Korea With Love 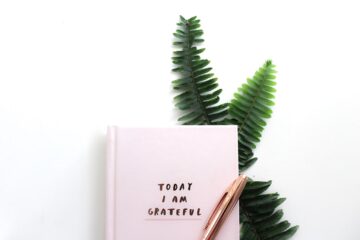 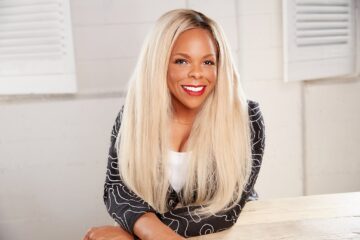 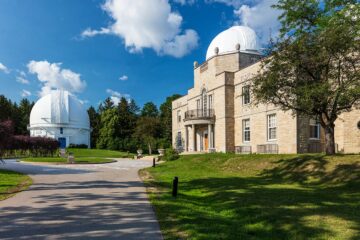 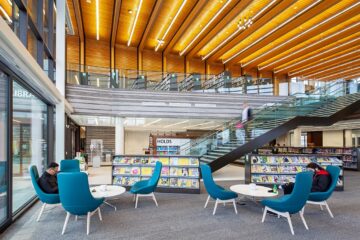