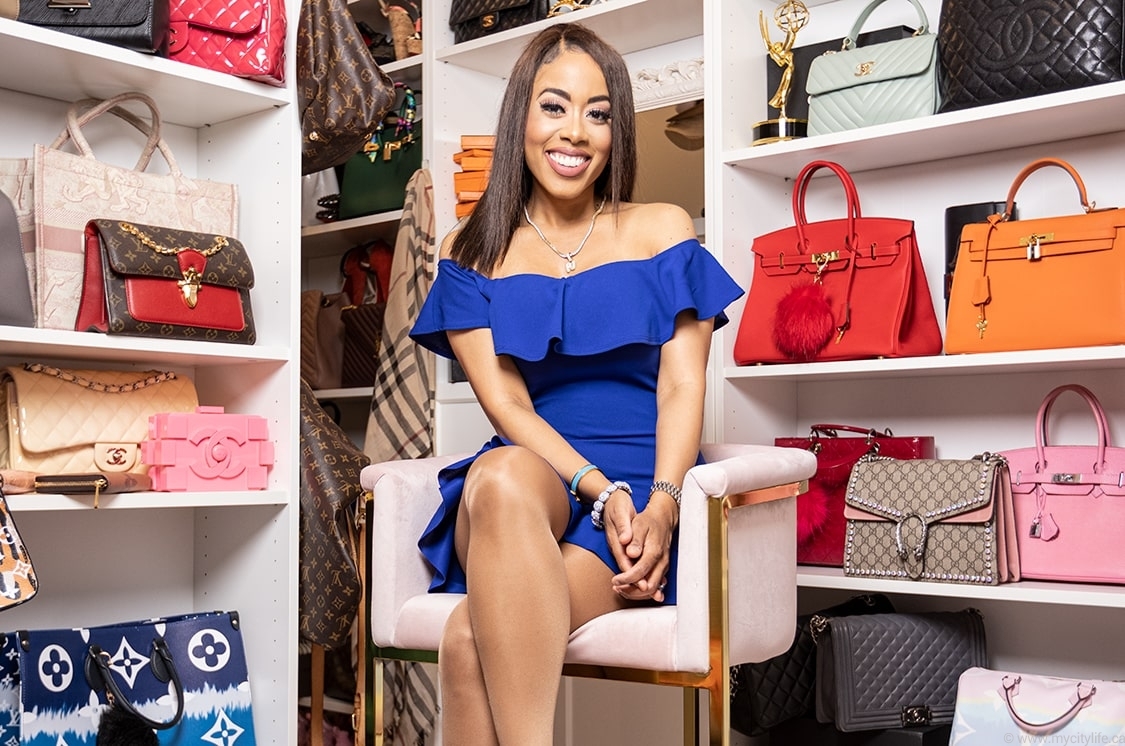 As she approaches her 10th year at CP24, the weather specialist, reporter and TV personality talks creative hustles, activism and what it is about the weather that brings us all together.

Though she’s worked as a model, actress and live reporter, it’s the process of telling stories that Patricia Jaggernauth lives for. As she said to us when we spoke to her from her home in Toronto, “If I can tell a story, or my story, that inspires just one person, then I know my purpose is complete.”

As well as working on a number of personal projects, her career has seen her featured on CTV, Global TV and MTV. She’s been honoured with the Harry Jerome Award from the Black Business and Professional Association and was awarded the Media Tribute Award for her contributions to charity. Since 2011, she’s been working as both a remote reporter for Toronto’s breaking news and a weather specialist at CP24.

“It doesn’t matter where you’re from, what you look like, your background, age, creed or descent, weather affects us all exactly the same,” she explains. “In a way, weather is this unspoken connector, even with two souls who haven’t met before.”

When she was younger, Jaggernauth described herself as “well-rounded,” exploring sports, music, athletics and trying all sorts of career choices to determine what she wanted to do in the future. At one point, she even dabbled in criminal and corporate law, getting experience in a law firm.

She was also fiercely independent, something for which she credits her mom by having her at the young age of 17. “We’re almost like sisters,” she continues. “I didn’t bring myself up, but I had to become independent quickly.” Today, that’s come full circle, with her mom working as a social service worker and advocate for teenagers and young parents. “When you have the courage to believe things happen the way they’re meant and when you stop questioning the process and start living it, it’s beautiful,” Jaggernauth says.

But it wasn’t until Jaggernauth and her mom came across an advertisement about a pageant, and Jaggernauth thought the cash prize might help her get through college, that she got her first taste of performance. “Something came alive on that stage,” she says. “People I didn’t know were rooting for me. All I could feel was a positivity pouring from the crowd in front of me.” The more pageants she entered, the more comfortable she was in front of an audience. Eventually, she saw a broadcast journalism program offered at Seneca College and knew it was the direction she wanted to go.

During those studies, she landed a placement at a small digital broadcast channel focused on music and celebrities. After being hired, she was unexpectedly let go. The reason? The way she looked. “The owner said, ‘I don’t think you look like my viewers, so we don’t think it’s a fit anymore,’” she shared. “This was my moment where I thought, is this because of my skin colour and race? That chapter was over. As Michelle Obama says, ‘When they go low, we go high.’”

And she did go high, going on to get a job as a host, writer and producer at BITE TV, a network that beat Japan and the United States in 2007 in winning an Emmy Award. “Imagine if I’d given up on myself because of one bad incident,” she reflects.

Now, especially, Jaggernauth is passionate about moving that conversation forward, not just on camera, but also behind the scenes. As someone who is half-Guyanese and half-Jamaican, she urges upper management to acknowledge the diversity problem and make a conscious effort to diversify their staff . “The problem growing up was that I saw no people like me,” she explains. “So, you look on TV and say, ‘If no one looks like me, how am I going to get there?’ We all looked up to Oprah, but she was the only one doing it. I unapologetically believe in who I am. I am a mixed-race woman who comes from a background that mashes two cultures.”

Though she states there’s still more work to be done, she does believe change is happening. “You can turn on the TV, and young ones watching can sift through the channels and see someone they look like, which is so powerful.”

“When you have the courage to believe things happen the way they’re meant to and when you stop questioning the process and start living it, it’s beautiful”

Whether she’s on our television screens or speaking in a more direct conversation like this, Jaggernauth is overflowing with positivity and aware of her role and responsibility in being a ray of sunshine amid the struggles the world currently faces. “People are tuning in and, especially with the nature of the conversation and how depressing our current realities are, they look to me as a natural, non-medicinal boost.”

Even on social media, where she’s amassed a following of more than 260,000 people on Instagram alone, she uses her platforms to spread joy and positivity. “If I could take you into my DMs, whether it’s grandparents, parents, teenagers, I have messages from thousands of people saying, ‘Thank you for keeping my days sunny.’”

Alongside her industry work, Jaggernauth is also an activist and works with the arrive alive DRIVE SOBER charity, which is on a mission to eliminate impaired driving in Ontario. As well as providing programs to address impaired driving, the initiative provides a forum for people and communities to share relevant resources and information. “It’s a privilege to get behind the wheel of a motor vehicle, not a right,” Jaggernauth says. “Especially in the news, you hear about people who lose their lives. I want to take the power of what we do at CP24 to the next level.”

Her collaboration with the charity came to a creative peak when, in 2013, she wrote a song with her grandfather, someone she’s incredibly close to, on his porch about not drinking and driving. “The words poured out of me, and together we came up with these lyrics and rhymes in 15 minutes.” Around the same time, the Rezza Brothers had approached her about a career in singing. After time in the studio with the pair, the song was born, and arrive alive began using it to spread awareness across its outreach channels.

Whether it’s using her social media as an opportunity to network and share her positive stance, or saying she’ll always remain freelance, because “it’s the only way to stay powerful in my role,” Jaggernauth is a creative hustler at heart. A result of that is PJ GLAMGIRL, an online fashion and accessories boutique, which stocks an assortment of dresses, tops, jumpsuits and accessories. It was born from the frustrations she’d experienced preparing to go on camera.

“I never liked the way people did my makeup or didn’t know how to do my hair,” she shares. “I didn’t feel I was being understood from an artistic point of view, so I said, ‘I’m going to learn how to do this myself.’” And that’s what she did, learning how to prepare herself for the camera. Soon enough, those same feelings started to translate to the clothes she was wearing and the way she was styled. “I just felt that if I don’t do it myself, I’ll be suppressed creatively and won’t be able to shine in my true self.”

Pair that with the constant flurry of messages Jaggernauth receives on social media about what she’s wearing, and PJ GLAMGIRL was born. As well as sourcing the products, the brand actually started with Jaggernauth designing her own pieces, showing again the expanse of her creativity. “There are no limits, and I wanted it so my fans could have a piece of me with them. It was another way to deepen the connection with those who support me. It’s that simple.”

When you look at the steps Jaggernauth has taken to get to where she is and the work she’s put into her different projects, it would be easy to call her a success. But, it’s something simpler and more authentic that defines what that exactly means for her.

“[Success is] when you wake up every day with love in your heart, kindness for others and knowing you’ve woken up to do something you love. Where you’re not just going to a job, but also a space you occupy that feeds your soul,” she says. “Success cannot be measured, and it should not be compared. Everyone is on their own journey and has their own purpose to fulfill.”

And, even when she talks about overcoming the down days, her response is fitting. “You wake up with gratitude and knowing the sun will always come out,” she says. “Just because the clouds are heavy, the sun is always up there. It will always rise.”

Natasha Koifman: "I’m Very Specific About Who And What I Am" 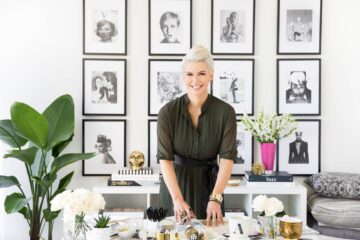 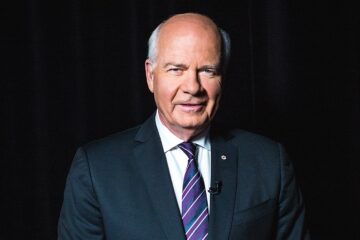 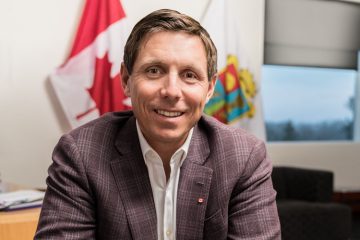 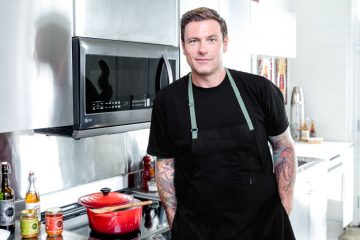