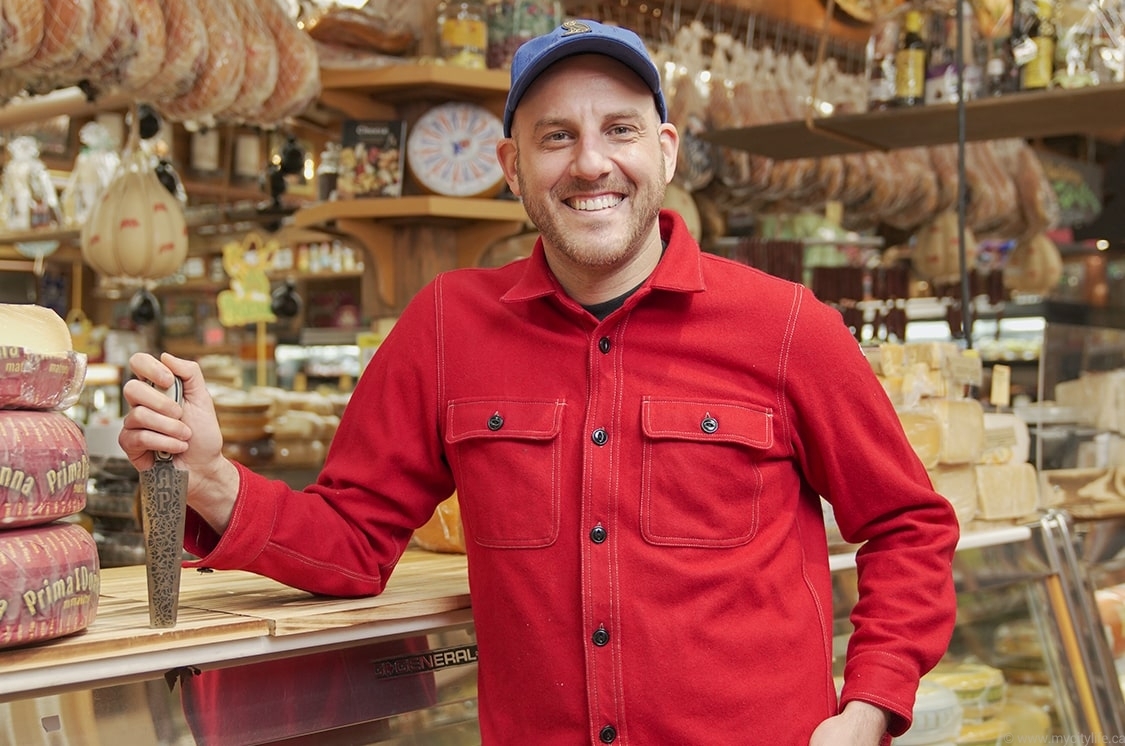 With his original docu-series, Cheese: A Love Story, playing on Food Network Canada, we spoke to its host and the world’s youngest Maitre Fromager on travelling, tasting and what makes cheese so universally appealing.

On June 9, we got the chance to follow Afrim Pristine’s journey, meeting with the world’s finest farmers, cheesemakers, shop owners, affineurs and chefs. It started in Switzerland, where viewers learned about the art of aging and the Gruyere, raclette, and fondue that the region is known for. From there, the show will sweep us through France, Greece, Toronto, Quebec and British Columbia, with each episode taking a deep dive into the different approaches these regions take when it comes to cheese.

“I want people to look at cheese not as just food, but also as an art form,” says Pristine. “The people who make cheese don’t always have that voice to go out and talk to the public, like I do, or have an Instagram account. That’s my job … to honour the cheesemakers, those who age cheese and anyone involved in the cheese business. I try to be a voice for them.”

For Pristine, the love for cheese began when he was young. He’s the owner of Cheese Boutique, a family business and celebration of the product in Toronto that was founded when his family moved to Canada. “My family opened up a tiny shop with four employees: my grandfather, my grandmother, my father and my uncle,” he shares. “We had one little cheese counter. Fifty-one years later, we have over 100 staff, a lot of family members involved and a second location just opening up.”

It was in this environment that Pristine was introduced to what goes into making cheese. He learned about it in the same way as his father did, through a process he describes as “trial by fire.” Whether it’s learning to milk a cow or knowing how to properly age the product, each cheese has its own nuances to master. By working alongside some of the best cheesemakers on the planet, as well as on farms and in cheese factories, Pristine has been a part of many of those nuances.

“Butchers, winemakers, bakers and cheesemakers are very specific niches. You get into that field to learn as much as you can and to be an expert in that one field,” he explains. “You talk about passion and work. That’s as passionate as it gets.”

Yet, even with a life spent around cheese, what made shooting Cheese: A Love Story so rewarding was that it delivered something new around every corner. Of the whole series, he says that 75 per cent to 80 per cent is material he’d never seen or heard about before. He shares stories of making cheese from the sap of figs with a food historian in the outskirts of Athens. He also talks of cooking in Normandy with a Michelin-starred chef, pairing scallops with cheese, onions and white wine.

“I’ve travelled the world discovering cheese, even prior to the show. Every country I’ve visited is, [in] one way or another, consuming cheese. France and Italy are two cheese superpowers. But go to Japan, Vietnam, Peru — there might not be as much fanfare, but it’s an important ingredient to their diet and cuisine. Cheese is a food that’s loved all over the world. No matter where you go, the cheese culture is different. That’s the best part.” As Pristine shares, “You could do 200 episodes of this and go to every country in the world.”

When asked what it is about cheese in which we all find comfort and exploration, Pristine feels it comes down to our personal connection to it in the past. “I think it’s a nostalgic, comforting food,” he says. “The most famous foods in the world — pizza, pasta, cheeseburgers — cheese is the most important thing.”

He also feels cheese has come into its own, particularly recently. “People are well-versed in food and cheese, more than ever,” he says. “They’re excited by really good cheese, which they want to be farmed sustainably and responsibly. I love that, because it shows they care.”

Cheese is also something Pristine calls “smart,” for the fact that it’s evolved to feed everyone, including those who are lactose intolerant or vegan. “The plant-based cheese world is booming,” he says. “No question. The products being made now are very exciting.”

In his more than 25 years of experience in the field, Pristine has moved from strength to strength. In 2007, he was named the youngest Canadian recipient of Confrerie des Chevaliers du Taste Fromage de France’s Chevalier. In 2010, that was upgraded to Officier du Fromage. In 2013, France’s Guilde Internationale des Fromagers, which represents more than 5,000 dairy professionals, named him the youngest and only Canadian Maitre Fromager.

“I want people to look at cheese not as just food, but also as an art form”

For all the milestones and successes Pristine has met, Cheese: A Love Story is a clear career highlight. “It’s been a dream to have a show like this. To have the opportunity to travel, visit colleagues of mine and meet new people I’ve never met, but loved from afar,” he says.

With his Cheese Boutique store as well, it’s grown to a point where he could start giving back to the community, something he’s passionate about. “We felt the need to help our community, because we’re in a capacity where we could, and many years ago the community helped us,” he says.

A particular focus of those efforts has been with St. Joseph’s Hospital, where he, his brother and niece were born, and where his grandparents passed away. “Forty years after I was born there, they invited me to be on the board of directors for all of the philanthropic work we’ve done,” he shares. “Of anything that’s happened to me, that’s one of the best moments of my life.”

Along with joining the board at St. Joseph’s, Pristine’s business has established the Cheese Boutique Mental Health Promise Fund, which raises money that goes toward St. Joseph’s Health Centre Foundation. To date, he says, it’s the second biggest mental-health program in Toronto, and has raised more than $1 million in the last 10 years.

Despite it all, it’s clear he hasn’t forgotten where it all began. “When you are part of something that’s bigger than you as an individual, it’s special,” he says, reflecting on the early part of his life. “Cheese provided for my family and put food on my table. And, to work alongside my dad, brothers, sister-in-law, niece, nephew — all with the same goal in mind to spread the joy of cheese … those are amazing memories.”

Cheese: A Love Story is on at 8 p.m. ET on Food Network Canada.

Belinda Marchese: A Hospice With Heart 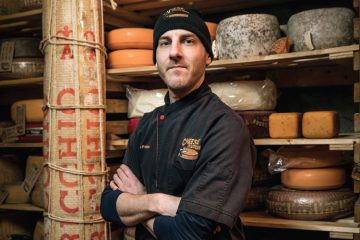 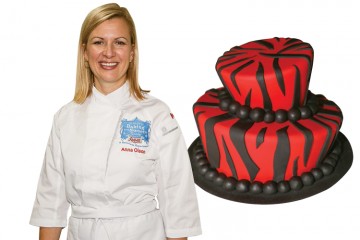