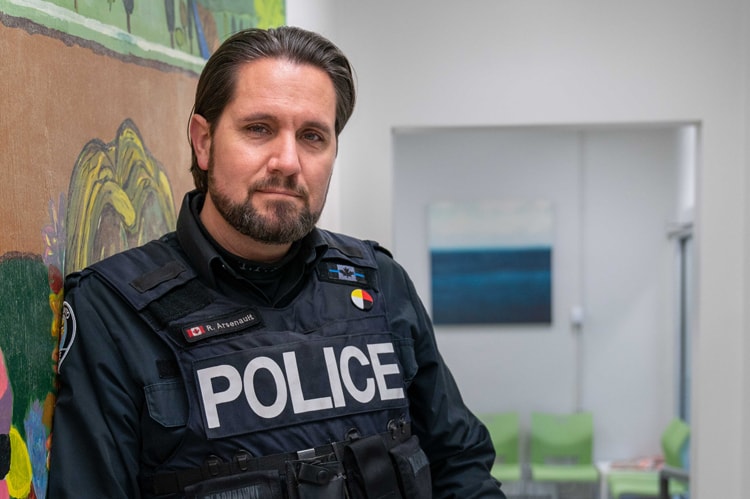 Uncovering the motivations behind one of Instagram’s most well-known police officers.

Social media has a very interesting premise: it allows individuals a window into the lives of others. Whether that means your childhood friend from school or public figures ranging from celebrities to politicians, social media satiates our desire to understand lives outside of our own. One such public figure who has taken to Instagram and has gained immense popularity is Officer Randall Arsenault of the Toronto Police Service.

Since joining the police force 18 years ago, Arsenault has occupied various roles, including school resource officer earlier in his career. He’s currently acting as a community engagement officer for 43 Division, where he also works on the Street Crime Unit and is the aboriginal liaison officer.

When he got involved in law enforcement nearly two decades ago, social media wasn’t on anyone’s radar. But as it has evolved, so, too, has Arsenault, having amassed an astounding 40,000 Instagram followers.

“As a school resource officer, I took the social media course, [but] before that I wasn’t really that involved in social media,” he says. “The way it’s taken off, I didn’t expect that. I never expected that type of following, or for people to be so interested and open to what I have to say or the stuff I have to [post].”

One facet of his job that pops up regularly on his feed is his role with the Safe Walk program at Mornelle Court in Scarborough, Ont. Arsenault first got involved with the community six years ago, when he started taking part in the program. The program was initiated 10 years ago by local resident Angela Brackett and other members of the community.

After two shootings occurred in 2008, residents were scared and reluctant to even go outside and walk their children to school. At a community meeting following these incidents, Brackett spoke up. “I basically said [that] this is our community. We live here, so we shouldn’t allow fear to overtake us. If we start rallying together, working together, we can eliminate the fear and all the anxiety,” says Brackett.

Though at first she shied away from taking on a leadership role, she was overcome with the realization that she could make a change. “I think the need to make a difference and be the change were more important to me than sitting back and seeing what was happening,” she recalls.

“What you see complements what you don’t see, and that — in my mind — is one of the most important parts”

What followed was an incredible display of passion and dedication for and from the community, resulting in the creation of programs and initiatives designed specifically around safety and education to help the residents. Brackett came up with a plan to take back their community and worked with another resident, Blossom Wynter, and community partners to encourage other residents to volunteer. Currently, the community not only runs the Safe Walk program, but also offers a homework program, as well as March break and summer break camps for the neighbourhood children and workshops for parents. They were even able to create the Hub, a facility within the Mornelle community for hosting events and programs.

When Toronto Police Service and Officer Arsenault first got involved, things weren’t as smooth as they have now become. In fact, in the infancy of their partnership, even Brackett was hesitant about police involvement. “Somebody introduced me to Randy, and I remember saying, ‘Oh no, I don’t wanna work with any cops,’” she recalls with a laugh. “Because in the community, cops aren’t well-liked.”

Although that was the case, they continued on with the program, accepting the assistance from Toronto Police Service and in turn winning over the rest of the community, thanks to Arsenault’s commitment and respect for the neighbourhood.

“Consistency was really important. I didn’t come into this community and try to build relationships to make myself look good, to build up my portfolio or my resumé, so I could go off and do something else,” Arsenault says. “I was born in Scarborough. I’ve worked in Scarborough my entire career, and I don’t plan on leaving. I would like not to.”

Brackett recalls those earlier days: “He comes in like, ‘This is a community, and I’ll respect the community and respect the people within the community.’” And, she says, “I think that’s what makes a difference. And it does make an impact — not only on the adults, but also on the children.”

She goes on to tell the story of how Arsenault got his current nickname. When he started working with the program, the kids couldn’t pronounce his last name, so they called him “Astronaut.” And “so he’s Officer Astronaut,” says Brackett with a laugh, inciting a chuckle from Arsenault.

The kind of dedication and collaboration displayed by the police force and the members of the Mornelle community during this neighbourhood initiative is indicative of what can be accomplished if people have both the adequate resources and the goal to make a change for the better. That paired with the role that social media can play equal incredible results, ones that can span across the world.

“I’m trying to take the mystery out of policing,” says Arsenault, reflecting on his motivations. So whether that’s giving you a tour inside the squad car, showing off some of law enforcement’s best and brightest or sharing some photos with the kids from Safe Walk, social media has given this Toronto police officer an outlet to display all that he does. “What you see complements what you don’t see, and that — in my mind — is one of the most important parts.”

Become Part of the Family at Northern Karate Schools 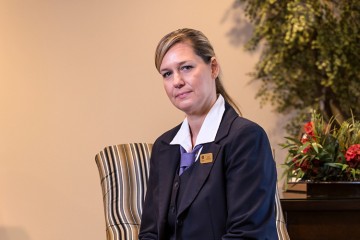