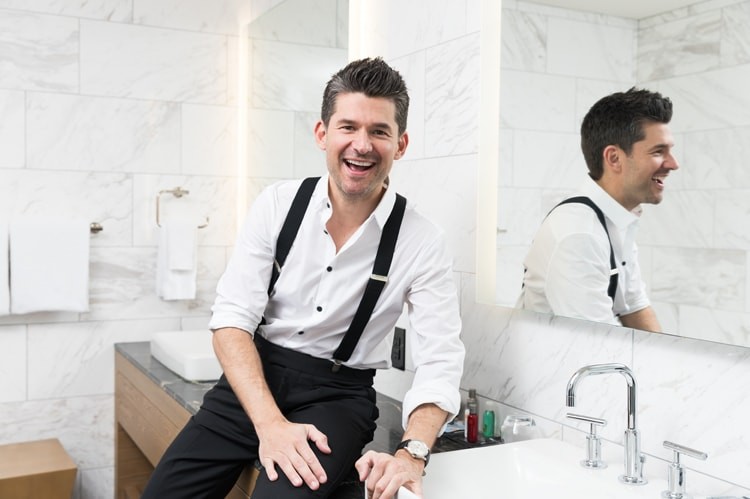 Mix an ounce of Frank Sinatra’s style with two fingers of Bobby Darin’s swagger, and the jazz vocal stylings of Matt Dusk go down silky smooth every time.

We never know in life’s early stages when we might encounter something or someone who influences our direction. If we all look back closely enough, there was most likely a time, a moment or circumstance, that captured our interest in a way unlike any other and may have played a role in setting our path.

For Canadian superstar jazz singer Matt Dusk, that pivotal moment came when he was just 17 years old and had been focused on opera and classical music for the previous decade as a member of St. Michael’s Choir School in Toronto. But it was then the young Dusk first heard Tony Bennett and Sarah Vaughan. From that first seemingly innocent exposure, Dusk now has released his 11th album, performed with 80-piece orchestras and recorded songs with legends in the industry. He is, by proud definition, the essence of a classic crooner.

“A crooner is someone who sings popular songs in a voice for everyone,” describes Dusk in a recent sit-down interview with City Life, a fun, free-wheeling session that showed off his playful side. “Lady Gaga recorded with Tony Bennett, and there is an attraction to that type of music.

Crooning is something I believe can be sung by all. It came from the jazz and big band eras of the ’30s, ’40s and ’50s. So when we say ‘crooner,’ we harken back to romantic times. Jazz today is more of a classical art form engraved in our society until it becomes new again, as music always does.” We’ve all marvelled at singers and how they feel the words and message of a song and how they emote through their interpretation. We’ve all tried to emulate them, whether through karaoke or a hairbrush and a full-length mirror, but very few real singers have so fully captured the soul of a song better than Dusk. He is no stranger to karaoke, having emulated his favourite singers in his teenage years.

Dusk is a proud product of those who came before him, continuing the tradition of the greatest male singers. He seems a hybrid of some of not only the best singers, but also performers of songs in the truest and best tradition of saloon singers. Whether it’s those who made us feel the emotion of a song, like Frank Sinatra, Tony Bennett or Nat King Cole, or those who could command a room and engage the fans with matinee looks and style, like Bobby Darin, Robert Goulet or Dean Martin, Dusk seems to have all of those rare qualities and abilities.

“Sinatra was my first teacher, and when you think about it, Sinatra was the first Justin Bieber,” says Dusk. “He was a teenager and had women lining up for hours to see him. He’d be in his suit, drinking martinis and smoking cigarettes, and he had the persona of a gentleman. Tony Bennett, I’ve spent a lot of time with, and at the end of the day, he’s just a guy and says the exact same things that I do, as we both love this music. You can age gracefully with jazz.”

Dusk’s new album, JetSetJazz, features 10 new and original songs that pay homage to Sinatra, his personal favourite, and the emerging world of jet-set air travel of the 1960s. It continues his successful career that includes two certified gold albums, two certified platinum albums, more than one million records sold worldwide, and a series of awards and nominations including 4 Juno nominations in Canada and a Rose Gali Award, the most prestigious music award in Poland. He is also the first jazz artist in history to score a number-one hit in Japan.

After his first exposure to jazz, Toronto-born Dusk entered and won the Canadian National Exhibition Rising Star Talent Competition when he was just 19. He had entered York University to study economics, intending to take over the family business, but the pull of the jazz genre made him switch to music after just one year.

He studied jazz theory, attended master classes taught by Canadian jazz legend Oscar Peterson and was awarded the Oscar Peterson Scholarship, graduating in 2002. Then, fully committed to his passion, he recorded four albums independently before he had ever secured a major label recording deal.

In 2004, he was invited to the Golden Nugget Casino in Las Vegas to perform as an in-house entertainer for the filming of the FOX-TV reality show The Casino.

Dusk realizes that was opportunity knocking at just the right time because of the environment in 2004, which has changed so much and so rapidly in the ensuing 15 years. “It was a really good media play for me, as television is still the biggest way to get traction,” says Dusk. “We can talk about social media and online streaming, but TV can really help promote, at least back then.”

As he recalls the changes in his profession since he started, Dusk shows the wisdom of a veteran performer who understands not only his craft, but also the business side of the music and recording industry.

“It’s not the music, it’s the story. What breaks an artist is, what’s the story, who cares about the music?” observes Dusk. “We live in such a fast news cycle today that whoever is the winner of The Voice or whatever one night, the next night we’re looking for the next winner. Today, everyone just thinks about what’s next. It’s harder today, for sure, as there is less engagement through social media, rather than actually buying and listening to an entire record [like was done] 20 years ago.” His debut album, Two Shots, was released as the TV series began and was certified gold in Canada. That album had a bit of Vegas luck associated with it, as it included the hit single “Two Shots of Happy, One Shot of Sad,” which became the theme song for The Casino.

In early 2006, he recorded his second album, Back in Town, at Capitol Records’ famed Studio A in Los Angeles, backed by a 56-piece orchestra. Including a mix of jazz standards and originals, the album took off overseas, where it reached No. 1 on the Japanese pop radio chart.

Dusk’s popularity continues in many countries, and he and his band travel extensively internationally. “One of my favourite things about Toronto is its multiculturalism,” says Dusk. “As a person who travels, I have the whole world right here, and I wish people would travel more, so they’d realize how awesome Toronto really is.”

While jazz is his mainstream, Dusk has experimented with other types of music. In 2015, he released his eighth album, Quiet Nights, in Canada, paying tribute to the bossa nova genre. The album rocketed to No. 1 on the Canadian jazz charts, where it stayed an incredible 16 weeks (those are Beatles-type numbers in the record business) and continued his impressive artistic output. “It’s constantly working and trying to give your audience a reason to come back and to expand your audience,” says Dusk about the volume and quality of his recordings. “So the more work you put out, the more opportunity you’ll have to expand your audience.”

One of the first things that strikes you about Dusk is his positive nature, infectious sense of fun and love of his craft. He brings this to his live performances in the way he engages with his audiences, resulting in as enjoyable and happy a live show as anyone could ask for. More than anything, it is his passion for music that shines through.

In his personal life Dusk is married and the father of a young daughter. He’s enjoyed sharing some of his personal life philosophies. “Treat people with respect, be accepting and polite,” says Dusk. “Don’t impose your will on others — you can get a lot more that way than by yelling at people.”

Dusk is currently building a large home, for his family.

As a way of giving back, Dusk has identified people in the past with great ideas and financially assisted them in starting their business and bringing their passion to life. “Older people are really smart, but younger people are extremely dreamy, and to help them start is exciting,” says Dusk. “One of my goals is to inspire people to follow their dreams.”

Dusk is quite simply the personification of great entertainment. In the vernacular of show business, Dusk always “kills.” He’s got “it” — whatever that unquantifiable “it” may be. With his looks, suits, voice and mannerisms, he is the definition, if indeed there is one, of “one cool cat.”

Close your eyes, and his songs and vocal stylings take you back to smoky, late-night lounges with leather banquettes, red tablecloths adorned with ashtrays and lantern lights, wise guys wearing fedoras and dames wearing pearls, with cigarette girls providing the background between musical sets.

Dusk describes his music as “classy, romantic and cool” and his shows as “totally carefree, just a night out and a total escape.”

Says Dusk: “What keeps my band and I going as touring musicians [is] getting people together who love the music and getting them to participate.” He says that “concerts are about moments: How do you make people feel and take them on a journey? Tony Bennett taught me that 95 per cent of the audience wants the artist to succeed and do well. So I can sing some songs, have a few drinks, tell some stupid jokes and basically have some fun. I’ve always said a show is like a sandbox. This is my sandbox, let’s all play together. Music is spiritual and brings people together, and you always have to connect and be honest with the audience.”

In a career of highlights, there is one that stands above the others — playing the Tokyo Jazz Festival with Tony Bennett and hanging out with him off-stage as well. It reflects Dusk’s respect for the tradition of his craft, and how today’s performers must honour the past.

With a national tour through Canada and the United States later this year, and through his talent, his music, his passion and style, the continuing tradition of super-cool musicianship and showmanship is in good hands with Matt Dusk.

Who’s up for a challenge? 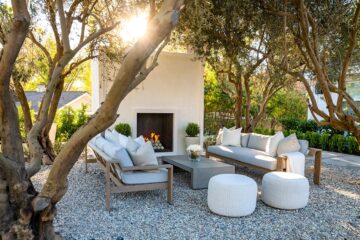 We had a blast last night with @canadaswonderland

If you’re feeling brave enough to go outside thi

Ballet for the entire family to enjoy! ✨🩰 Th

Visit @damianijewellers to get the perfect gifts f

It’s cold outside! That means flu season is upon

The weather outside is frightful! ❄️ The firs