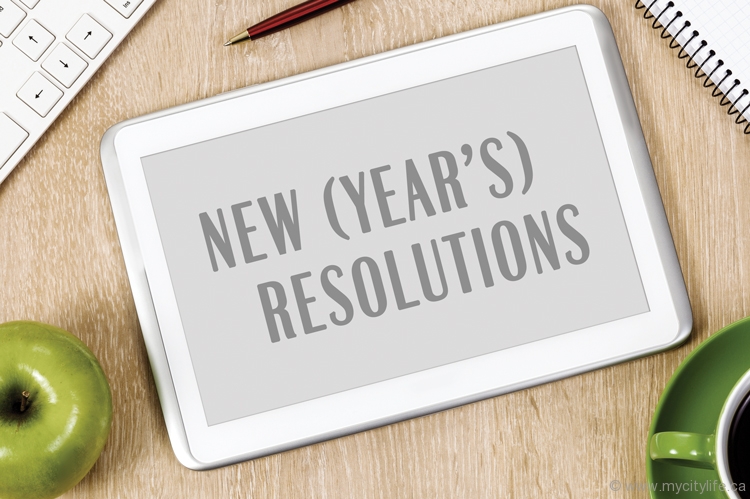 Statistics show that only eight per cent of people successfully complete their New Year’s resolution, so what are the other 92 per cent doing wrong?

If you’re anything like us, you’ve long abandoned your New Year’s resolution for 2016 and now find yourself riddled with feelings of disappointment, as December 31 is mere weeks away. You ponder at your incomplete “to-do” lists and empty food logs, or stare blankly as you begin to remember that thing you said you would do but didn’t. Now, as the feelings of guilt set in, you find yourself discouraged from even bothering to set a goal for the coming year. Take a deep breath, because we’re not going to let you do that.

City Life enlisted the expertise of Toronto-based psychologist and TV personality Nicole McCance to shed some light on the reality of our resolutions and how we can make our best effort to succeed. McCance offers up some of the advice she shares with her clients, and she has us confident that we’ll be sticking with that new, or not-so-new, New Year’s resolution. And if you did stick with your resolution this year, we’re proud of you — even still, this advice may just make things a little easier with your goals for 2017.

JANUARY 1 DOESN’T WORK
Research suggests that people are most successful at reaching their goals if they start on a Monday. Although according to McCance, it’s not actually the day, it’s what Monday signifies. Monday is the first day of the week — that “fresh start,” if you will.

This coming year, January 1 will fall on a Sunday, and McCance says this is all the more reason to avoid beginning your resolution right away. “You are going to be tired from the night before because you brought in the New Year with a bang, and some will be hung over (let’s say the majority),” says McCance. “And we’ve also just gone through holiday stress, so we’re wiped by January 1.”

McCance recommends starting the next day, or better yet, even a week later. We set ourselves up for failure when we set unrealistic goals, and waking up bright and early on January 1 to hit the gym is one of them.

PICK A SPECIFIC, MEASURABLE GOAL
“Rather than saying ‘I’m going to get fit,’ or even more specific than that, ‘I want to lose 10 pounds,’ I’d like people to start saying, ‘I’d like to lose a pound a week’ because that’s very measurable,” says McCance. When Sunday rolls around and you see that you have reached that smaller, more measurable goal, you will be more inclined to continue. Alternatively, if you haven’t reached that goal, you will be able to backtrack and analyze where you may have gone wrong in those seven days. Regroup. Keep pushing.

ACCOUNTABILITY IS KEY
Share your goal with a partner, friend or co-worker. Even if you aren’t working toward the same goal, having the support of someone close to you will influence your success. McCance warns that this influence can also have a negative impact, so choose your resolution partner or gym buddy wisely. If you become too dependent on that other person for your own success, this could ruin your progress should they back out on their goals. “Rely on that person for motivation, not action,” says McCance.

Pro tip: put it on social media! But McCance admits it’s totally risky, because a lot of us are “closet goal setters,” so we rarely share our resolutions in case we fail. “If you take the risk and say, “Hey guys, I’m committed to getting back to a size 6 or whatever … there is something about that, because the truth is we care what people think,” says McCance.

STOP AND SMELL THE ROSES
“Strive less, drive less and enjoy more,” says McCance. This is a goal she is encouraging her clients to consider. It may be unusual for a psychologist to recommend that her clients strive less, but it’s actually counterproductive to overwork yourself, with a lasting negative impact on your mental and emotional health.

McCance says she learned the importance of slowing down after the recent birth of her twin boys. It comes down to making the decision to make happiness a priority, and it’s not as easy as it sounds. We live in a world that makes it nearly impossible to detach from our schedules and smartphones to dedicate even a moment to channelling our energy into our well-being. We can’t compromise on this. “Choose something to focus on, relish it and be grateful,” suggests McCance. “The happiness is instant.”

As productive humans, we are run by our subconscious minds that are comprised of thousands of neural pathways. From the moment we open our eyes in the morning, brew our coffee and drive to work, as scary as it is to think about, we are pretty much on autopilot.

“To do something repetitively, again and again, for 21 days will actually create a new neural pathway, where your task just becomes second nature,” says McCance. Similarly, it will only take a day or two off course to jeopardize the creation of these new pathways. “Your conditioning to the bad habit has probably been very ingrained,” says McCance, “so it’s so easy to go back to your comfort zone, rather than to push through those 21 days.”

“Good things take time.” “Rome wasn’t built in a day.” “If it’s worth it, it’s not going to be easy.” As cheesy as these cliché quotes are, they aren’t wrong. Your goals are going to take hard work and dedication to achieve, and this is no secret. Daily affirmations are among the best ways to keep you motivated. “Remind yourself of why you even wanted to do this,” says McCance.

This is the year we join and grow the eight per cent!

New Year, New You — From the Inside Out

CITY LIFE MAGAZINE  @citylifetoronto
RT @Bell_LetsTalk:Today, every view of this video helps create positive change. All you need to do is watch it and Bell will donate 5… https://t.co/fGsjnWTQz9
reply retweet favorite
Instagram
Model scouting for our next fashion shoot Beauty