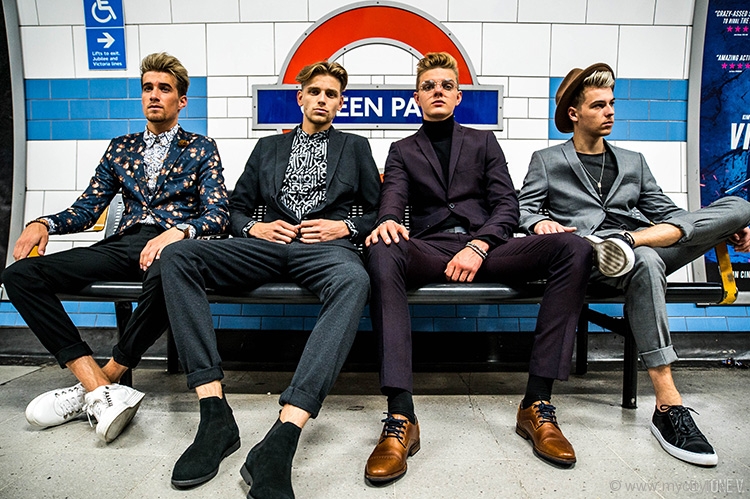 Whenever the term “boy band” pops up, every person has a different nostalgic reaction to it. New Kids on the Block, NSYNC, Backstreet Boys, Jonas Brothers, One Direction, the list goes on. With no immensely popular boy band currently on the scene, it is high time for a new generation to be ushered in. Exploding onto the scene is the group known as The Fourth Kingdom — however, this isn’t your typical boy band.

Made up of four members — Jaxon, 20, Shane, 20, Sebastian, 22, and Kyle, 23 — The Fourth Kingdom is marking a new beginning for boy bands (and a new obsession for tweens, teens, moms and everyone in between). After they each participated in Belgium’s version of The Voice, these four singers decided to bring their talents together to create The Fourth Kingdom.

Unlike the typical pop style that one would expect from a boy band, The Fourth Kingdom brings a darker edge and more urban feel to their music. Which is not surprising when you learn their inspirations are The Weeknd, Justin Timberlake, Harry Styles, Chris Brown and Michael Jackson, all of whom bring that same edge and darkness to some of their work. Let us not forget Justin Bieber, whose growth and transformation as an artist is so motivating to The Fourth Kingdom that they have his name in their bio.

That same type of nuanced pop dealing with real emotions and issues is the genre The Fourth Kingdom is striving for. This is exemplified by their breakout single “Broken,” which they co-wrote with songwriter MJ Songstress.

“Broken” is a song about being cheated on. It goes through the feelings of emotional denial and the reality of the breakup, sometimes with the realization that you are better off without that person. For Sebastian, it was more personal: “I had my heart broken. I started writing on it with the guys. I really meant what I was saying. It really hurt.”

Much of The Fourth Kingdom’s music is an attempt to be relatable to the plights and crises people go through. Kyle says, “The most important thing is that we try to write something that other people also can relate to, and also feel what we are telling them; that they believe the story. That’s really important about what we do in music.”

This comes through in “Broken” and the other music the group has released so far, and is ultimately the feel and vibe they are cultivating for their debut album.

All four members bring their own sounds and styles that coalesce in beautiful harmonies. Long gone are the days of choreographed dancing. Instead, The Fourth Kingdom’s members each bring their instrument-playing abilities into the fray.

Jaxon and Sebastian play the guitar, Shane plays the drums and Kyle plays the piano. Their instruments are an integral part of the creative process, as they use them to write their songs, and hope to incorporate them into their live performances eventually.

“Most of the time Sebastian takes his guitar and we start to sing and start to write. Or Kyle takes his piano and starts to do something. That’s actually the process, just take our instruments and start to vibe on it,” Jaxon says. It is this type of synergy that makes The Fourth Kingdom work so well. As their friendship with each other has blossomed, so has their music.

“We all have our own qualities, our own sound and voice. If we put all those different voices together … our voices match perfectly. Doing harmonies and stuff is not easy, but we took our time to listen to each other, [figure out] the sound of everyone’s voice,” Jaxon says. Sebastian adds, “Everybody stands out with their own voice. When the harmonies come together it is like a unity and I think that’s important.”

Sebastian is right. The unity, as he says, of their voices appears to be pitch perfect, a tremendous feat for a band that has been together for less than two years.

Perhaps equally as impressive, The Fourth Kingdom’s profile has risen so much that they have energetic rapper Flo Rida featured in one of their songs, and an upcoming collaboration with the current reigning queen of hip-hop herself, Nicki Minaj.

In addition to their budding music library, The Fourth Kingdom experienced their first tour in early 2017 with DigiTour. This was the first time The Fourth Kingdom was introduced to an American audience. Performing is their passion, and it shows when they are on stage. Shane says, “We took a year to really work on our sound and really get into our vibe. Now we can finally perform that on stage and sell the story to the fans. It was really awesome.”

“We’re not just a band, we’re a brand,” Sebastian says. “We want people to buy those things without knowing that it’s ours.” The logo is a depiction of a crown with a four in it, representing The Fourth Kingdom. “The crown is for kings, queens, princes and princesses that are living in The Fourth Kingdom. It’s a place where our fans can be together.”

Sweet sentiment aside (The Fourth Kingdom stresses that “everyone is welcome”), all of the merch that they brought on the DigiTour was sold out on the very first day. As they continue to grow, their merch, only available online for now, is only going to sell quicker.

Although 2017 may have been the breakout year for this band, they promise that 2018 is going to be the year of everything for The Fourth Kingdom. Which means, per Sebastian, “a lot of merchandise, new stuff, new music, new collabs, new concerts, new tours and [more. There are] big things coming.” One thing is for sure: you can expect to hear a lot more about and from The Fourth Kingdom very soon. 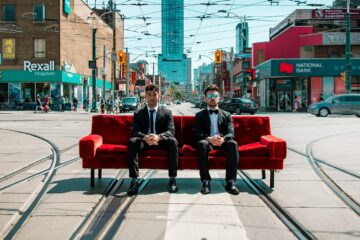 Crash Adams: Rebels With A Cause 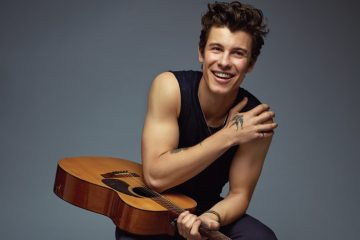 CITY LIFE MAGAZINE  @citylifetoronto
RT @mbmayor:In a few short months, #Vaughan will have its first hospital, & what a hospital it will be! Residents will have acc… https://t.co/M6JU7IDWYw
Sep 22 reply retweet favorite 5 days ago

CITY LIFE MAGAZINE  @citylifetoronto
Read more about @menamassoud (from @disney’s Aladdin) and how his passion for vegan food evolved into his cookbook… https://t.co/WHwyjx95jI
Sep 18 reply retweet favorite 1 week ago

CITY LIFE MAGAZINE  @citylifetoronto
RT @mbmayor:In a few short months, #Vaughan will have its first hospital, & what a hospital it will be! Residents will have acc… https://t.co/M6JU7IDWYw
Sep 22 reply retweet favorite 5 days ago

CITY LIFE MAGAZINE  @citylifetoronto
Read more about @menamassoud (from @disney’s Aladdin) and how his passion for vegan food evolved into his cookbook… https://t.co/WHwyjx95jI
Sep 18 reply retweet favorite 1 week ago

Instagram
What’s on our bookshelf this weekend? Love in c