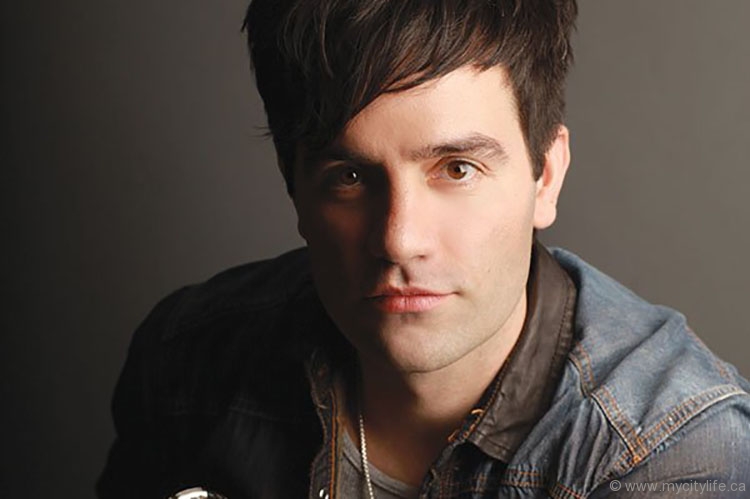 The star of Les Misérables discusses reprising his role as the production’s hero, his love of music and his search for diversity

Les Misérables, the longest-running and arguably most famous musical in the world, returns to Toronto this fall, and with it comes award-winning theatre performer Ramin Karimloo. At only 35, the Iranian-born, Canadian-raised actor has already catapulted himself to centre stage in renowned productions, including The Phantom of the Opera. Karimloo reprises his role as Jean Valjean, the protagonist of Les Mis, during the musical’s run at the Princess of Wales Theatre. Despite a hectic schedule leading up to the show’s opening, Karimloo made time for City Life to talk about taking on the hero once again.

CL: You’ve played in Les Misérables several times, taking on the roles of various characters. For this show, you are reprising your role as Jean Valjean. What is it like stepping back into the shoes of the hero of Les Misérables?
RK: I played Valjean about 18 months ago for four months in London, England. It was one of the best times I ever had. When I left I felt I wasn’t finished with the character, so to be part of this new production was my opportunity to have another go. What has been exciting for me is that I’ve been pretty busy since the last time I did theatre, so it hasn’t been just a case of reconnecting with Valjean, it’s been rediscovering and reinterpreting.

CL: As a veteran of both this show and role, has your approach to playing and understanding the character Jean Valjean changed? If so, describe how your perception and appreciation of him has developed and how that will impact your performance.
RK: I will, and did, go back to the novel to start everything off. This time around I have two directors in Laurence Connor and James Powell who I hadn’t worked with before with regards to Valjean. So that right away changes some aspects of the character. I’ve had time to physically put in more prep work for the character. It would be hard to be specific about what I think or feel about Valjean, as I wouldn’t want my inner interpretation to dictate what the audience takes from [the performance]. But it was beneficial to have the extra time to slowly develop through a full rehearsal process and to think about Valjean’s story. Funny enough, before, when I first tackled the novel to understand Valjean, there was one conduit that I felt a connection to which was my springboard to playing the role. This time around, I have discovered there are more moments in the show that resonate [with] who I am and my life than I realized.

CL: In terms of challenge and complexity, how would you compare Jean Valjean to other characters you’ve played?
RK: It’s probably the most complex. The story spans so much of his life. He is constantly challenged and tested. Taking on board his physical changes and attitude as the story progresses was challenging but, I have to say, the most fun I’ve ever had. Valjean is so interesting. The enjoyment factor I’m having with Valjean kind of trumps the challenges.

CL: What are your thoughts on Hugh Jackman’s performance as Jean Valjean in the Les Misérables film? Does it add any pressure having to follow up his Oscar-nominated performance?
RK: Pressure only comes from expectations. Expectations spoil relationships. So I won’t spoil my relationship with Valjean by putting expectations on myself or allow others to do that. It spoils the fun, and if you’re not having fun, then why do it. I am a fan of Hugh Jackman and found his performance to be inspiring, and I’m so happy he and the film got the recognition [they] deserved. I had a great chat with him about Valjean at the Oscars. That was really interesting. But you know, I have my ideas of who Valjean is and how I’d like to contribute to our version’s story through my interpretation. You have to honour your own truth. Just like Hugh Jackman did and just like Colm Wilkinson did. Those two inspire, so it’s more helpful than it is pressure.

CL: We live in a time where rebellions have become a common occurrence in many countries (e.g., the Arab Spring) and much anger has resulted from the growing disparity in income distribution in North America. Given the show’s theme of condemning social injustice and class structure, do you feel a production like Les Misérables is more relevant today than it was in the past?
RK: As you say, you open any paper and you can find Les Misérables somewhere. Many cultures deal with it. We see it here with all the Occupy movements as well. As they say, history is cyclical. Sadly so at times. Les Misérables is steeped in similar history. So whether it is more relevant? No. It’s just as relevant.

CL: Where would we find you unwinding after a long week in Toronto (or whichever city you spend most of your time in during this run)? Any restaurants, clubs or venues you frequent? If so, what do you enjoy most about these establishments?
RK: Sadly, I haven’t had time to venture around Toronto too much just yet. Once rehearsals are done and the run is happening, I can’t wait to get around the city. It’s so vibrant; it feels all-new to me. I’ve had a couple of great meals in Vittorio’s. Great service and authentic Italian cuisine in there. My favourite. Other than that, I’ve revisited the ACC for UFC 165. That was a night to remember. My downtime right now is filled with face timing my kids, sleep or the gym. I’m hoping to get back on a Harley here [and] go out for a long ride during the autumn. I miss my Harley back in the U.K., so I need to find one here, with a riding partner or two.

CL: Toronto has a thriving music scene. Being a musician yourself, will you be seeing/have you seen any local musical acts during the run of Les Misérables?
RK: If I can fit it in during my schedule, for sure. I am looking for venues which would have more folk or bluegrass. I’m hoping the Tragically Hip may play somewhere during my time here too, although seeing them in more intimate venues back in the U.K. is a real treat. Also, I’ll be keeping my eye out for the Avett Brothers. I was bummed I missed Mumford & Sons when they were here a couple of weeks ago while I was in rehearsals.

CL: Your musical influences range from the Tragically Hip to Johnny Cash and Mumford & Sons. But who is one band/artist that has recently caught your attention? What is it about their music that you find so compelling?
RK: I guess currently for me it’s the Avett Brothers. Their lyrics, melodies and harmonies play my heartstrings like a harp. It’s something [about] them being brothers and so open with their hearts [that] makes for such a beautiful mix. I love the relationship they have with their bass player, Bob Crawford. It’s like [there’s] a third brother. Then the vocally silent but musically prominent Joe Kwon on cello brings an almost classical beauty to this folk-bluegrass mix … I think I just went off on a geek tangent there. Sorry. Love them.

CL: What does performing as a musician do for you that acting doesn’t satisfy? Is there a different feeling associated with each, or are they just different avenues that allow you to express your creativity?
RK: Yep, that’s it. Just a different avenue. Also I’m learning so much, as it’s all still relatively new to me. I love the idea of sitting with someone and writing. Now when folks want to “jam” with me, I would rather say, “Let’s write something and see what happens from there.”

CL: You turn 35 this month. You’ve already played leading roles in two of the most renowned and longest-running theatrical productions, Les Misérables and The Phantom of the Opera. In regards to acting, what’s next for Ramin Karimloo? Where do you want to take your career?
RK: I am always just looking for ways to get better. You can’t improve in the same place. So I’m looking for diversity. Ultimately I have to be having fun in what I’m doing. That is my first rule. If I’m not having fun, then I probably won’t be doing my work at the best of my ability. I would love to be part of a play, and my plan is to continue progress on my film and TV side. Who knows. I’m open. For now, it’s all about Toronto and Les Misérables. I don’t want to think beyond that or I may miss out on some great moments now.

Concerts in the Park

Timeless with a Twist 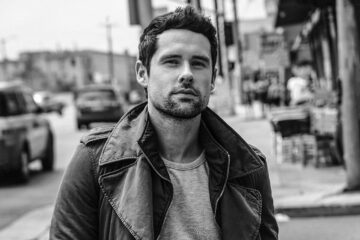 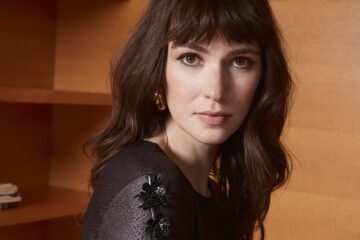 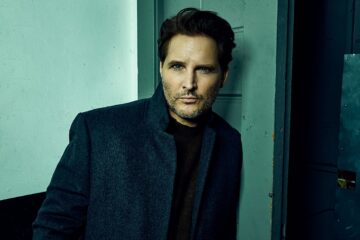