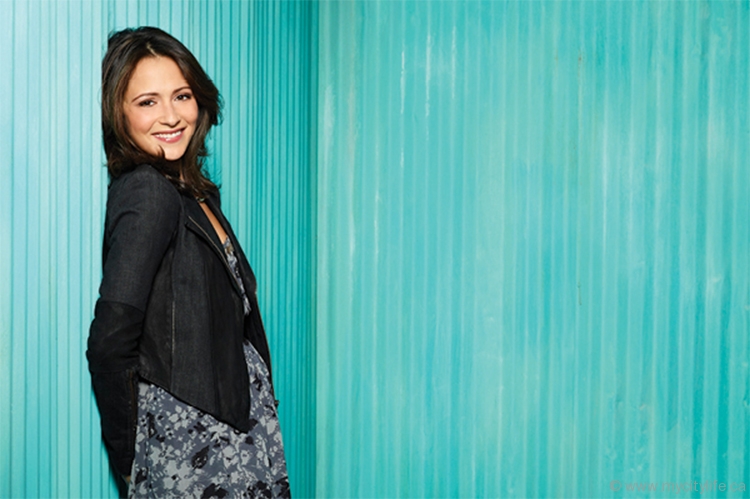 Big Macs and Champagne with @italiaricci

Twenty-fifteen is already the Year of Italia Ricci. The Canadian actor is basking in the success of her new ABC show Chasing Life, in which she plays April, a 20-something quick-witted journalist who’s just been diagnosed with leukemia. To the glee of viewers around the world, the series was renewed for a second season this past fall. Ricci’s also planning a wedding with her longtime love and new fiancé, Toronto-born actor Robbie Amell. As she braces herself for the jam-packed months ahead, the Richmond Hill native sits down with City Life to spill her quirkiest stories, her adoration for Big Macs and champagne, and what she’s learned by playing a young character who’s living with leukemia (hint: cancer’s not as powerful as you might think).

Chasing Life was renewed for a second season last fall. That must have been pretty exciting!
Oh my gosh, I was in Vancouver shooting a movie, and I was in my hotel room getting ready to leave for the airport when I got the call. I just started running laps around the hotel room and jumping on the bed like a crazy person. [In Pretty Woman] when Julia Roberts figures out that she’s going to get three thousand dollars for the week and you see her run around and jump on the bed, that’s exactly what I was doing, except with clothes on.

You’ve said before that the show is about so much more than cancer, and that April doesn’t let her diagnosis rule her life. Why do you think that message is so powerful?
Because it applies to so many things, not only terminal illnesses. It could be about being bullied at school, or your parents getting a divorce, or just being in a situation where you feel so helpless and there’s nothing you can do to make life better. It’s about just holding on and believing that it’s going to get better, because it always does.

What have you taken away from the show personally? How has it affected you so far?
Before the show I never really knew much about cancer. For me, cancer was this dark, scary presence, and it made me uncomfortable. But now I see that it doesn’t have to have that much power over me, and it doesn’t deserve that stigma that I’m giving it. I’ve sort of been able to knock it down. Before, I would think that if somebody had cancer, that was their entire life. And that’s not the case. If I’d just spent a little bit of time learning about it, I would like to think I would have started helping out sooner. Cancer doesn’t own you. You get to decide how much or how little you’re going to let that take over your world.

When you first auditioned for the show, were you confident you were going to get the part?
Oh, my god, no! [Laughing] I was at my bowling league — don’t judge me — and my manager called with the breakdown of the role and said, “This is the one you’re gonna book.” I was like, “Oh, stop it.” Like, yeah, sure, this sounds like the holy grail of pilot season auditions, there’s no way it’s gonna go to me. But I went to the audition, and I was sick because you have to get all these shots to get your green card, and I’m not good with needles. I had actually fainted earlier on in the day, and Robbie was like, “You sure you want to audition?” and I was like, “Take me there, take me there!” So I auditioned. I don’t even remember it because I was trying so hard not to pass out. When I left I just started bawling. I called my manager and was like, “I should have rescheduled, I just ruined that opportunity, please let me see them again.” But they ended up loving it. They saw something in me that struck a chord as April, so they got me back for a callback and then a screen test. An hour after I walked out of the screen test I was at McDonald’s and I got the call, and I was like, “SHUT UP! SHUT UP!” I ran around McDonald’s screaming and crying. My girlfriend actually has a video of it. So I grabbed my Big Macs and went to my manager’s and had champagne.

You grew up in Richmond Hill. What’s your favourite memory in the neighbourhood?
About seven years ago my family went to glow-in-the-dark mini-putting in Richmond Hill for Family Day. That was actually the day Robbie and I officially started dating, because he was there, and he kept asking me to be his girlfriend and I was like, “No, no, no, no, no.” And then he asks me, “How many holes-in-one do I need at mini-putting for you to say yes?” So I gave him a number, and it was the last one where he had to hit the ball over a bridge and around a building. And he got it. It was ridiculous. All the lights went off and my family started clapping, and I was like, “This has to be a movie or something. This is ridiculous.”

How did you two meet?
We had to kiss in a movie. Well, technically we met at Eagles Nest Golf Club in Vaughan, years ago. I was working concierge there and he was shooting Cheaper by the Dozen 2. The cast had a golf day or something, and he came up and asked me where they were teeing off from. I think he was 16 at the time, and I was 17. And then years later we met again when we were both shooting American Pie: Beta House. It didn’t occur to us that we’d already met until we had been talking for a couple of days on set!

What’s it like coming home to Canada from L.A.?
It’s weird when I come home and go to the mall and people recognize me, and they definitely recognize Robbie from Life With Derek, which was huge in Canada. And I’ll see some of my high school friends still working at the mall, and it’s such a reality check. If I ever think my head’s getting too big, I just go back home and my family will humble me. I’ll be live-tweeting and my dad’s like, “Who cares about what you have to say? You’re not that cool!” I’m like, “Thanks, Dad.”