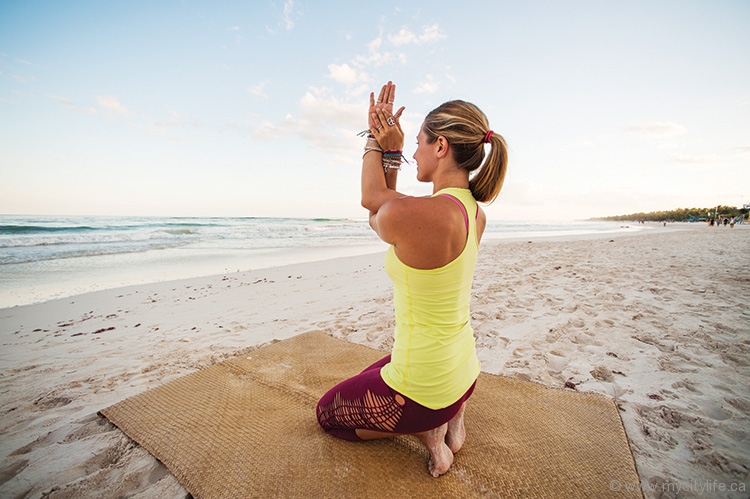 Tomorrow, Rachel Brathen plans to teach some of her fellow Arubans how to strike intricate yoga poses while balancing on oversized surfboards in the middle of the Caribbean Sea.

“It’s called S.U.P. — Standup Paddleboard Yoga,” she exclaims after my long, questioning pause. I’m chatting with the famed yogi over a long-distance call, and as the late October rain pounds away in Vaughan, Brathen is soaking up the sweltering sun on her home island of Aruba. “I started practising S.U.P. about five years ago, and at the time it was almost non-existent. And now it’s become this really big, awesome thing.”

Brathen has a knack for tapping into really big, awesome things before the rest of the world catches on. She’s also mastered the art of living fearlessly — an important part of her teachings. From holding the complex Eight-Angle Pose atop a drifting paddleboard to relocating to Aruba on a whim to start a life with the partner of her dreams, she has earned her spot as the carpe diem poster woman. Her life story so far has been one incredible read, its chapters filled with heart-wrenching loss, fairytale-worthy love and the adventures that each brings.

It begins with a trip to Costa Rica. She was 18 and fresh out of high school with no solid plans for the future when she flew from her native Sweden to the sizzling Central American country. Costa Rica is a place where many flock to find themselves, and that’s exactly what Brathen did. She also found yoga.

“I realized how much at peace I felt after every yoga class. It changed not just my body, but my behaviour and how I treated myself,” she says. “I completely fell in love and decided to make it my entire life.”

Although Brathen originally had no intention of moving to Costa Rica permanently, the moment she landed back in Sweden, she booked a one-way flight back to the country she’d so quickly grown to call home. It was there that she completed her study of yoga and spirituality and laid the foundation for her own practice, which would one day grow to be something of an international sensation.

Since then her story has undergone a few plot twists. In 2010, she was vacationing in Aruba when she met her future husband, Dennis, and after spending five days together they were smitten. She returned home to Costa Rica, packed her bags and once again booked a one-way ticket to the small island. The couple has lived together on Aruba’s north shore ever since.

Some call it crazy, but their in-the-moment method of romance seems to be working. The two tied the knot this past summer in a Swedish castle. “We both feel a little bit more grown-up now,” she says with a laugh.

Brathen has an unconventional definition of “grown-up.” Maturity rings in her voice, but the 26-year-old entrepreneur is a bubbling fountain of youth, a constant uplifting force. Anyone who partakes of her practice or follows her on social media would gawk at her relentlessly positive vibe, knowing the struggle she’s been through the past year.

Andrea, Brathen’s best friend, died in a car crash in March of 2014. Brathen’s appendix burst within moments of Andrea’s accident, and two days later Brathen woke in a hospital bed to learn that not only had she been operated on and unconscious for 12 hours, but her best friend was gone.

“There have to be some good things that come from it, and one of those things is that my connection with people all over the world is now that much more intimate, that much deeper,” she says. “My practice isn’t just about handstands anymore, or about living on a beach somewhere. It’s now about something much more beautiful than that.”

Listening to the young yogi feels like eavesdropping on one of her world-famous yoga sessions. Wide-eyed on the other end of the line, I feel enlightened: Living fearlessly isn’t as impossible as it seems. It can begin with a headstand on a paddleboard, or a rash move to a tropical island; it can start by deciding to grow stronger from your greatest losses rather than letting them defeat you. It can even start with something as simple as testing your taste for raw foods — something of which Brathen is an addict (“The less processed your food is, the better it is for you. You can eat a raw dessert for breakfast!”).

Brathen’s new book, Yoga Girl, is set to launch in North America in March of 2015. She’s chronicled her life in chapters, and each chapter is connected with yoga sequencing and a simple recipe. Consider it your guide to living the Rachel Brathen way — fearlessly.

“We’re so busy these days trying to make sure our lives fit into this box of safety, [doing] things to make sure we never end up in a space where we don’t know where to go next,” she says. “But I think it’s in that space, in the unknown, that all transformation lies. That’s where we find all the really big, magical moments that really change our lives.” 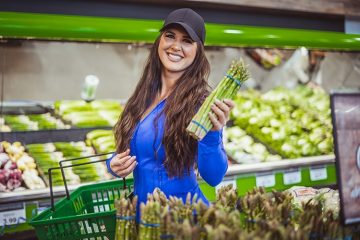 Abi Roman Is Accentuating The Positive 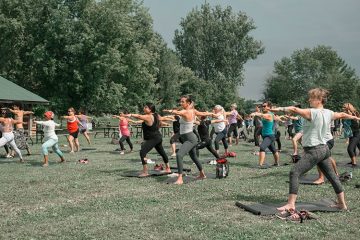 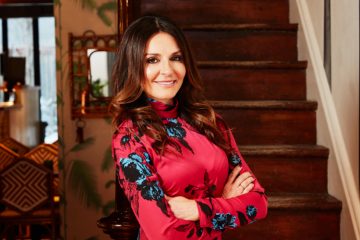