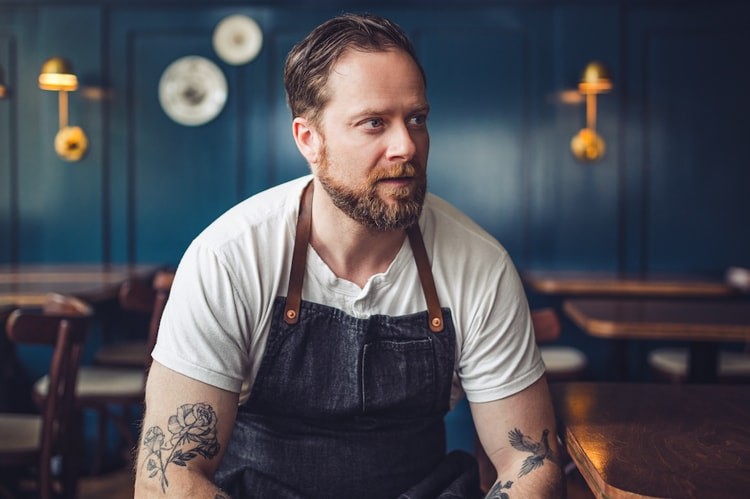 After 20 years in the restaurant business, chef J.C. Poirier credits being true to himself and his Québécois roots as the keys to his outsized success.

For Jean-Christophe ( J.C.) Poirier, chef and owner of Vancouver’s St. Lawrence restaurant, food is defined by its ability and power to bring diverse segments of people together — a connection that is celebrated the world over. “Food culture is the No. 1 conversation in people’s lives,” says Poirier. “I cook to give pleasure, to initiate a closeness with people. It is only with true love that I can create a masterpiece.”

Poirier, who spent his childhood in Saint-Jérôme, Que., began cooking at 11 years old, first for himself as an after-school snack, then for his family and friends. In fact, it was Poirier’s friends who encouraged him to make cooking his career. After attending Montreal’s Riverside Park Cooking School, at the age of 19, Poirier began his first professional cooking job at Les Remparts in Old Montreal. “I chose to make it a classic French restaurant because I knew I needed to control the basis of cooking before I created or broke the rules,” Poirier says.

After two years, Poirier, under the mentorship of Normand Laprise, worked at Toqué! restaurant in Montreal, which he says is one of the best restaurants in Canada. Following a two-year stint learning about discipline and what it took to cook at an elite level, Poirier, then 25, decided to go to Vancouver, a feat in itself, as he didn’t speak a word of English. “I needed to get out of Montreal and try something new. I think travelling is an important part of a cook’s apprenticeship. It is important to experience different ingredients and philosophies — an opportunity to think out of the box. I planned to stay for a year, but 15 years later, I’m still here,” Poirier says with a laugh. “I also believe that it is important to go back home, bringing back with you the things that you have learned along the way. My way of going back home was to open the St. Lawrence.”

After further travels through South America and Europe, Poirier and his partner opened three restaurants: Ask for Luigi, Pizzeria Farina and St. Lawrence. And while there is always some rich discussion around the difference between a chef and a cook, there is no doubt in Poirier’s mind which one he is. “I consider myself a cook first,” he says. “A chef, to me, is more of a position. My opinion is rooted in tradition and history, and that is why I choose classical cooking.”

St. Lawrence, located in Vancouver’s Railtown (just east of the renowned Gastown neighbourhood), is a 42-seat establishment, with an ambiance that is completely immersed in the French experience. The menus and a complete French offerings wine list are all in French, with French music in the background heightening the mood. “It is like a French country home, very cozy,” Poirier says. “Clients feel like they have travelled somewhere else, that they are not in Vancouver. I think that is why people love it here so much.”

“To be successful, you need a real hunger for excellence; it is something that you put your heart into every day”

Vancouver, known for its laidback lifestyle, is also known for its healthy grassroots fare, including sushi and an abundance of vegetables and juice cleansings. Poirier identified a niche within this market to promote Québécois cuisine to Vancouverites, a cuisine not readily available in this newage city. “It feels like a full circle; classic French food had become old, and people forgot about it, but it is coming back now. It is like the fashion industry — everything old is new again. French cuisine is new again,” Poirier says. “The St. Lawrence experience is festive. You come here to celebrate — it is like a party. It is not the kind of food you are going to eat every day.”

What makes Poirier’s creativity in the kitchen singular among cooks is his approach, both his authenticity and his lack of needing to impress. “I go in different directions than other cooks. I study the work of great chefs with respect; I revisit history and then I bring back those great dishes that have a history to them, and I make them my own,” he says.

Pragmatic in his creativity, Poirier’s strategy is paying off handsomely. Named Restaurant of the Year for the second year running at Vancouver Magazine’s 30th Annual Restaurant Awards, St. Lawrence also won gold for Best Gastown restaurant and Best French restaurant. Poirier was also awarded Chef of the Year. The restaurant is listed as No. 5 on the 2019 ranking of Canada’s 100 Best Restaurants and No. 4 on enRoute magazine’s 2018 list of the nation’s Best New Restaurants.

There are, of course, challenges for Poirier, for being a hugely popular No. 1 restaurant, including time away from his family: wife, Dara, and his two daughters, Aila, 6, and Florence, 2.

The St. Lawrence menu, which changes biannually, is definitive of the Québécois cuisine: vol-auvent aux champignons, venison pie (the most Québécois item on the menu), choux pastry for Paris-Brest, foie gras mousse with a red wine sauce, rabbit in mustard sauce, tarte au sucre (sugar pie), lemon tart flambé with Ricard Pastis and Poirier’s original rice pudding, which he describes as light and fluffy. “It is very popular — something very different that you can’t find anywhere [else] in the city,” he says.

While Poirier considers success a collection of small things done very well, it is his commitment to excellence and perseverance that positions the restaurant at the top of Vancouverites’ list. “But mostly, it is loving what I do,” Poirier says. “I don’t treat cooking like it is work. To me, it is a hobby. My spine and my soul are enveloped in being a cook.

You can learn the art of cooking by attending one of Poirier’s cooking sessions in Italy. Visit www.renshawtravel.com/retreat-to-italy-with-vancouver-chef-jc-poirier for upcoming information.
@stlawrencerestaurant 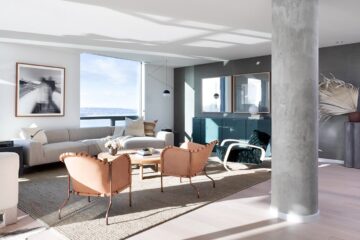 Getting To Know Gillian Segal 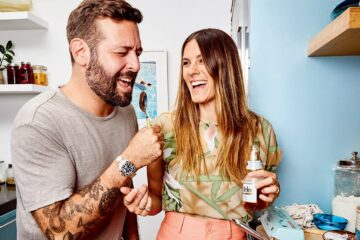 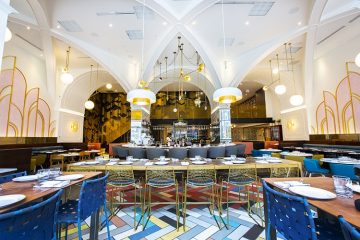