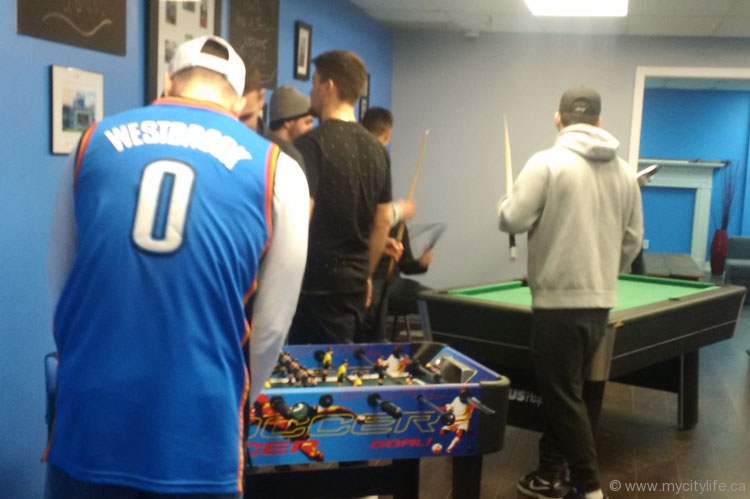 City Life uncovers how a community came together to honour late teen.

On February 5, 2017, Che’s Place, a community youth hub, opened its doors for the first time in the quaint town of Bolton, Ontario. Che’s Place is a drop-in spot where young adults can relax, connect and focus on extracurricular activities such as music and fitness. As Bolton has a population of just over 25,000 people, a facility like Che’s Place is a long time coming for the tight-knit community.

Located on Martha St. and emanating the warmth of good company and fun entertainment, the facility properly represents the essence and memory of the late Francesco “Che” Molinaro in its every square-inch.

Last May, 18-year-old Molinaro was fatally stabbed in Wasaga Beach during the Victoria Day long weekend. This senseless act of violence deeply affected the teen’s hometown of Bolton as they came to terms with not only his loss, but also the death of another young local man in a separate incident. As part of the grieving process, and to give youth a sense of belonging in the community, countless donations poured in to open a centre in his honour — Che’s Place.

Francesco’s mother, Maria Molinaro, tells City Life there was a strong support system from all of her son’s peers to make this community centre happen, as a place to come together and reflect on his life.

“He would bend over backwards for his friends and his family, and that was just Francesco,” says Molinaro. “He had a heart of gold. I always told him that.”

Che’s Place was approved by regional councilor Annette Groves and pulled together with donations from people of all walks of life in the Bolton community. Groves recalls how the tragedy sparked the inspiration for the project.

“When the incident happened in Wasaga Beach last Victoria Day weekend, one of my constituents came to me and was quite upset about what had happened. He said ‘you know, you guys have to do something here for the youth,’” says Groves. “At that point I decided to call a meeting [with] individuals like residents, businesspeople and community group leaders. We thought about opening up a centre for these kids, where they can just come and be themselves, hang out — where they can feel free to lounge, play music and just talk to one another and create a social environment.”

The reception of Che’s Place has been overwhelmingly positive, and the town was “all hands on deck” to support and help out in any way they could, from corporate community sponsors to Francesco’s own friends.

“As his parents, we knew [Che] was a good kid, and he never gave me a problem, but he was the glue that kept everyone together. He loved everybody, and he was there for everybody. When the place happened, they were all there to do it, and everything in the place is about Che,” says Molinaro. “The boys that are in the trades and learning, they changed the toilets, installed sinks and they just worked so hard to get the work done.”

While Groves facilitated the project, she was astounded to see the work ethic of everyone coming together for Che’s Place.

“It is really nice to see these youth, how enthusiastic they are, how energetic they are, how happy they are just to be there and to work,” says Groves. “That’s the attitude you want to see from the youth, and they’ve taken ownership because it is their hard work that’s in it.”

Bringing community partners on board as supporters was also a key factor in the hub’s success. The generous donation of the place’s location to the Ontario Provincial Police’s involvement has been greatly appreciated.

“I approached a property owner who owns the building at 30 Martha St., Sam DiGregorio, and Sam has been in the community for a long time as a businessman,” says Groves. “Sam was gracious and kind enough to give us the basement at that building on 30 Martha. And then I met with Caledon O.P.P., because one of the things I wanted to do was build a relationship between the police and the youth. The O.P.P. was more than happy to get on board with this and start working together with the youth and with the community at large.”

The centre not only honours 18-year-old Francesco, but 23-year-old Erick Tello Arias, who also lost his life that same weekend and another fatal stabbing. Groves said the Tello family was present for the grand opening of Che’s Place and their son was also remembered.

“There’s a plaque that hangs in the centre as well and what we will be doing is in Erick’s honour, we’re going to be awarding two scholarships to two students every year, one from the public board and one from the Catholic school board,” says Groves. “I think what this has done is bringing everyone together and I think it’s important that the families of Erick and Francesco are able to connect support each other.”

For the youth in the Bolton community, Che’s Place is going to allow new networking among peers, as well as serve as a creative outlet for many individuals, and that was the main goal from the get-go from everyone involved.

Che’s Place is now open the following days and hours: 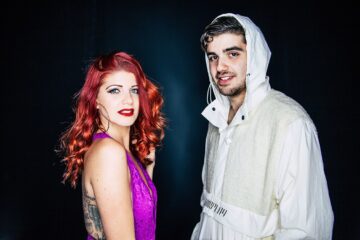