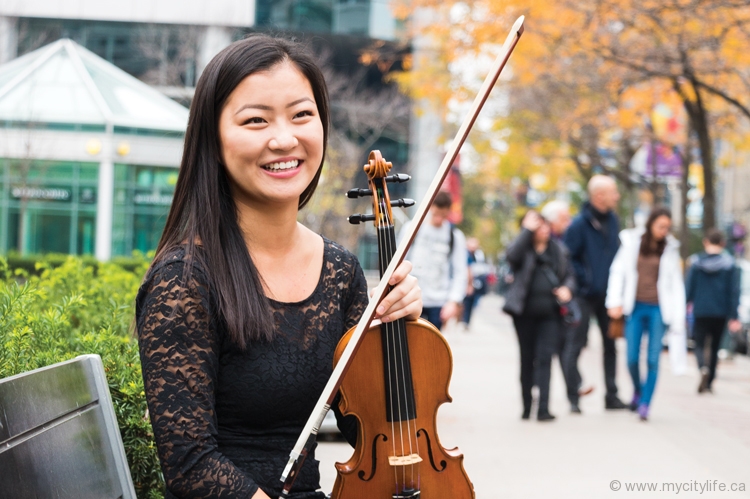 Where would you be today if you had dedicated enough time to your passions as a kid? City Life picks the brains of four young musical geniuses.

Touring Lisbon, Portugal, violin in hand; trumpeting in Shanghai, China, with a wind orchestra; performing for a live-streamed international piano competition in Salt Lake City, Utah — I can assure you, this is not what occupied my teenage years. My greatest accomplishment was a “champion” ribbon won at a school talent show when I was 12 — that glory was short-lived when I quickly realized they handed those out to everyone.

“Just don’t call me a prodigy,” says 18-year-old Dorothy Lin, violinist for the National Youth Orchestra of Canada’s 2016 season. But she is. After over a decade of dedication to her instrument, the humble violinist is nothing short of a sensation. Lin can pick up her violin and play in the middle of a busy intersection like it’s nobody’s business — throughout our photo shoot I spot several cars lowering their windows to catch a listen, and passersby stand gazing in awe.

The sweet melody, flowing more passionately with each swift stroke of the bow, is paralyzing.

Maybe it is because Lin has an emotional attachment to the building behind us. One of her most memorable performances was at Roy Thomson Hall, while she was still performing with the Toronto Symphony Youth Orchestra, where she had the opportunity to perform side-by-side with a member of the Toronto Symphony Orchestra (TSO).

Lin has been playing since the tender age of five, but admits that she didn’t always want to take it this far. “When my parents stopped forcing me to practise, I realized how much I actually missed it and wanted to play,” says Lin.

Like all great musicians, Lin has a well-rounded musical palate and often looks to the work of other esteemed violinists to improve upon her own skill set. “I draw inspiration from what I think is the best rendition of what I’m working on,” says Lin. American classical violinist Sarah Chang is a musician Lin says she aspires to.

For now, the Western University student is studying full-time with a double major in business and music studies. In the future she hopes to explore a career where she can incorporate both of her passions, as an executive of a musical organization or a similar role.

For Leonid Nediak, music represents his present and future — he is the definition of a prodigy, in every sense of the word. He’s brilliant. Thirteen-year-old Nediak first began playing the piano at the age of four. He composed his first piece of music at the age of six — inspired by the rhythm of his father’s voice. Now, fresh into his teenage years, Nediak is wowing audiences with the likes of Chopin, Beethoven and Rachmaninoff, to name a few.

Yet he’s humble about his success, utilizing humility as his tool to strive to do better. “If you work hard, then you will be rewarded,” says Nediak. “It’s like climbing a high mountain, climb daily, and eventually you will reach the summit.”

He practises up to five hours a day, though the young pianist admits it can often get overwhelming. It came as no surprise when Nediak told me he is currently trying out the “Pomodoro Technique” to optimize his practice time without becoming too overwrought. Essentially, the time management method suggests working at a task in 25-minute intervals and taking short three- to five-minute breaks in between.

“It’s like climbing a high mountain, climb daily, and eventually you will reach the summit”

The 13-year-old is wise beyond his years and speaks to his passion with a profound confidence. Self-awareness and self-discipline are surely traits that these four musicians have in common. Undoubtedly, to inherit these skills as a child is quite the advantage, as these habits generally take decades for most of us to master.

One of the most important performances of Nediak’s career to date is coming up on January 11 and 12, and, at the moment, his nerves are getting the best of him just thinking about it. He will be performing Mozart’s Piano Concerto No. 27, K. 595, with Maestro Peter Oundjian, at the TSO’s Mozart @ 261 Festival.

Trumpeting duo Aled and Matisse Blundell are an incredible support system for one another and never let their stage fright get the best of them. “Performing is a mix of adrenaline and fun,” says Matisse.

The siblings have been playing since they were six and seven respectively. Matisse shares that E.B. White’s The Trumpet of the Swan initially sparked her interest in the brass instrument, and younger brother Aled followed in her footsteps. The two currently play together as student fellows for Orchestra Toronto, under the baton of Maestro Kevin Mallon.

There’s a definite upside to performing with your sibling: “we know each other’s playing so well that it’s really easy to work together,” says Aled. “But it’s also really hard because we’re siblings and we’re competitive,” says Matisse, the two snickering at each other in agreement as she finishes his sentence. This friendly competition is what keeps the sibling duo fresh and inspired.

The Blundells are dedicated to their musical talent and are driven by the joy performing brings them, “especially when you’re playing with a whole orchestra — you’re part of something greater than yourself,” says Matisse.

But whether you’re playing with an orchestra or solo, to play an instrument is to experience the beauty of life through sound and to tune into the emotions it evokes. These young prodigies are fortunate to have the support of their parents, teachers and organizations behind them, encouraging them to live the dream. 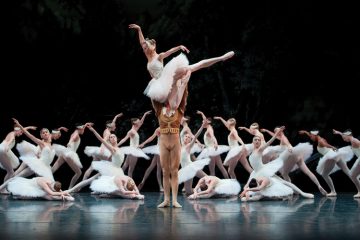 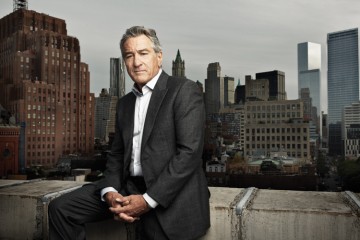