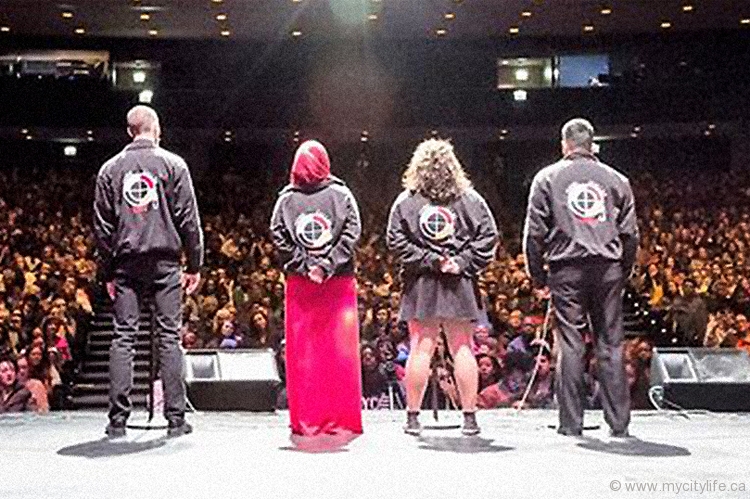 It’s a bit odd that an anti-violence group would produce an event with the word “bomb” in the title. But that’s probably the point: when kids raise up their voices, they can have an impact Louder Than a Bomb.

The poetry festival of that very name debuted in Toronto on June 3, courtesy of Leave Out Violence (LOVE), an organization that assists youth in community building.

Organizers say the event’s aim was to provide a platform for young people to express themselves, to channel their energies in a positive way and to bond better with others.

“Louder Than a Bomb (LTAB) is giving young people in Toronto a way to connect deeply with their lived experience and invite people into their stories,” notes Lishai Peel, LTAB program manager and national poetry slam champion. “It’s really a bridge that connects disparate communities to each other through oral storytelling.”

The top four finalist teams were selected from 16 schools and community groups across Toronto and performed in front of an audience at the Royal in downtown Toronto. Judges included Organik, founder of the rap battle league King of the Dot (KOTD), and rapper Bishop Briganté of KOTD.

Toronto’s event is sponsored by DUCA Credit Union and the Ontario Trillium Foundation. Toronto is the latest of 17 cities in North America to produce this type of festival. Chicago’s 2010 event was made into a documentary that aired on the Oprah Winfrey Network.

For Peel, her involvement stemmed from the idea that it was important for students to educate each other about their peers’ lives.

“I was interested in creating a platform for young people to connect through spoken word, so they can hear each others’ stories, and so they can hear stories from different parts of the city,” says Peel.

LOVE creates a safe and inclusive space for young people to be heard, respected and valued — Lana Feinstein

She’s also a poetry instructor at the Toronto Public Library and has helped develop a 12-week program to expose students to poetry, poets and performance. Through these, students benefit greatly in various ways.

“I think there is a lot of capacity for community building. And, ultimately, with spoken word, it’s really a medium for young people to have a voice.”

All proceeds of festival tickets were put towards LOVE, to assist youth challenged by the many forms of violence by helping promote the skills necessary to impact their lives and communities.

“Many of the youth who take a chance on LOVE’s programs have faced daunting challenges that could easily have pushed them off track,” explains Brenda Proulx, co-founder of LOVE. “Still, they choose to seek positive change within themselves and in their communities.”

Her experience with LOVE has proved that kids who have been exposed to violence can, in fact, turn their lives around.

Proulx adds that participants are “galvanized by the opportunity to develop skills in writing, spoken word, photography and videography” and critical thinking.

LOVE exhibits the contributors’ work “so that they are recognized by the community as having something unique to offer.”

Through the organization’s training, students build bridges with other youth using their newly found creative skills. “They also explore the causes of violence in their community and the impact it is having on their lives. In discussion groups they work together to find solutions.”

Educators have lauded the programs held in schools throughout the GTA.

“Teachers have shared that students, many of them for the first time, are able to express themselves and believe in their capacity to achieve,” notes Ontario executive director Lana Feinstein.

“LOVE creates a safe and inclusive space for young people to be heard, respected and valued. Teachers have commented on the remarkable positive changes they have seen in their students who have found their voices and learned how to share what matters to them.”

Hannah Glennie, student at West End Alternative School and finalist at the festival, became inspired by a slam poetry project in English class and a subsequent class screening of the Louder Than a Bomb documentary. She was later encouraged by her teacher to join the competition. “I wanted to join bad,” she recalls.

The festival, she notes, is “just a really good way to express myself … It feels good to be able to get it out there and move people in a way. You just write down how you feel, and you realize that people like it,” Glennie explains.

“Hopefully, we make some more friends and meet new people. I think that’s the best part about it. We all get to share our stories with each other, and that creates new relationships.”

In this generation’s parlance, it would seem apparent that the positive effects of spoken word on youngsters really are the bomb.

Our Passion. Their Stories. Our Community - Integrity Fitness Vaughan 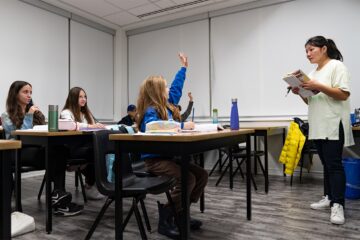