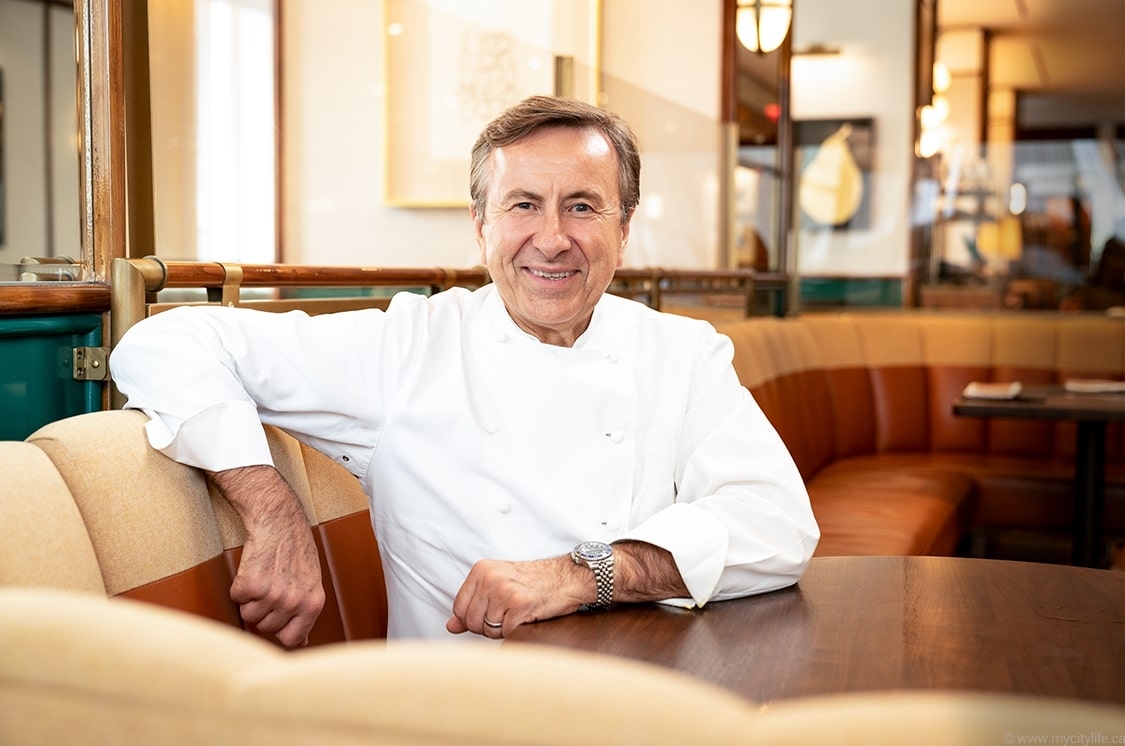 Perhaps it’s that classic Canadian modesty that prevents us from acknowledging that Toronto is now one of the world’s great restaurant cities — an eclectic collection of culinary artistry that reflects the many tastes and cultures in one of the world’s most ethnically diverse metropolitan areas. And it may surprise people who live here to learn that many tourists come to Toronto just for its restaurants.

The exclusive Yorkville area is known as the home of many of these great restaurants, and when it comes to fine dining with a Michelin-starred touch, at the top of this food chain is the Four Seasons Hotel Toronto on Bay Street, located just north of Bloor Street. The hotel, home to both Café Boulud and d|bar by international restaurateur and chef Daniel Boulud, took another step higher recently with the elevation of chef Colin Henderson from sous-chef to his new position as chef de cuisine of Café Boulud, completing a meteoric journey from a fry cook in a small local restaurant to working under one of the great masters in chef Boulud.

“Chef Colin has been an integral part of the Café Boulud team for the past three years,” says chef Boulud. “I am very excited for our guests to experience his deep passion for seasonal dishes and fresh ingredients, as he continues to lead our dynamic team.”

It is another coup for the Four Seasons Hotel Toronto, which opened just nine years ago as the noted brand’s global flagship property. From humble beginnings as a stopover motel in 1961 with his first property on Jarvis Street, known as the Four Seasons Motor Hotel, founder Isadore Sharp grew the Four Seasons brand into one of the world’s leading hotel chains, now with 118 properties in 47 countries, with a revenue of US$4.3 billion in 2015 and 45,000 employees as of 2018. The brand attracts and retains the best in employees and, most notably, chefs.

As one of the world’s most celebrated chefs, Michelin-starred chef Boulud looked to his roots and his grandmother’s kitchen table in Lyon, France, in creating his personal style, which is emblematic of classic French cooking, on display at Café Boulud, which also features a gleaming rotisserie for slow-cooked excellence.

“When I came to New York City in 1982 from working in different parts of France, I felt there was a difference of generation and a difference of time in the Americas,” says Boulud. “They were still cooking the old French cuisine more than the nouvelle cuisine, which I learned cooking with some of the greatest chefs who were really making a revolution with French cuisine. I think that gave me the motivation to stay in the Americas, because I felt I had a role to play, to bring something new and a new approach to French cuisine.”

Daniel, chef Boulud’s restaurant in New York, has been awarded two Michelin stars, but that was a result, not a goal of the great chef. “I never opened a restaurant for the sake of Michelin stars only, but I always felt, as a chef, that I always maintain the reputation as one of the top five chefs in New York City,” says Boulud. He admits other influences have shaped his cuisine since arriving in 1982.

“I think it has been the exposure to so many other different cuisines,” observes Boulud. “The exposure to cooks in the kitchen I’ve been mentoring for decades are from all over the world. We see the next generation of cooks from South America, from Asia, from Canada, from Europe, who have worked with me and went out on their own and developed something fantastic. Even here in Toronto, Patrick Kriss with Alo was an alum of Daniel in New York. He came to Daniel to become a chef and today he’s one of the best chefs in the city.”

Perhaps one day joining that elite level of world-class chefs will be Colin Henderson. Beginning as a fry cook at just 15 years old, that experience led him into the enrolment and successful completion of the Culinary Management program at Ottawa’s Algonquin College. Prior to assuming his position at Café Boulud, chef Henderson joined Ottawa’s Beckla Group as sous-chef and later he was a part of the opening of Toronto restaurant Leña, also in the position of sous-chef.

Chef Boulud is not the only Michelin-starred chef Henderson has had the honour to work under. He worked closely with chef Michael Tusk in San Francisco at Tusk’s three- Michelin-starred restaurant Quince, learning the finer points of fresh pasta and perfecting the sophistication of food plating finesse.

Chef Henderson will be bringing his expertise and passion to his new role at Café Boulud, inspiring the team to remain thoughtful toward sourcing top-quality ingredients from small producers and integrating sustainability into his kitchen and restaurant.

“It is an honour to be recognized and appointed to this exciting position as chef de cuisine at Café Boulud,” says Henderson. “I am grateful to assume the role of the many great chefs whom I had the privilege of learning. I am looking forward to guiding the menu and to leading this team that truly feels like a family.”

“What Really Keeps Me Excited, Besides Cooking, Is The Customer And The Relationship With Them”

Even if you live in the GTA, a weekend of decadence and spoiling at the Four Seasons Hotel Toronto is highly recommended. You can indeed step into another world without having to suffer and endure the new inconvenience of today’s travel.

If you do, be sure to include Café Boulud, as chef Boulud and chef Henderson will be waiting for you. “Café Boulud is a casual approach to fine dining,” says Chef Boulud. “It’s definitely the definition of Daniel in New York, but in a much more casual way. At the same time, you can enjoy scrambled eggs and caviar, or you can just have your eggs sunny side up with bacon. That’s how the high and low, the fine and the approachable, the affordable and the expensive all live well together. You can have a bottle of Dom Pérignon with your brunch, or you can have a selection of sparkling wine from the Ontario region. Café Boulud has always defined itself as being approachable excellence.”

What separates the great chefs from the ordinary chefs, besides their skill and passionate dedication to their craft, is that the great chefs always seem to approach their work as if they are cooking for family or friends. “For me, what’s important is what we do for our customer,” says chef Boulud. “What really keeps me excited, besides cooking, is the customer and the relationship with them. I want them to be able to come back often to my restaurants and not just want it to be a special occasion, where you need to check the box and go once in your life. I really feel that I want to be part of my town, be part of my community, and I always want to be part of people’s lives.”

The Four Seasons has been a part of lives in Toronto for 60 years, and with chef Daniel Boulud and now chef Colin Henderson at the helm, many decades of exquisite cooking, fine dining and special memories surely lie ahead.

When did you decide you wanted to become a chef?
I decided I wanted to be a chef when I was in high school. I took a job as a commis II when I was 15 at a local restaurant. I immediately fell in love with the intensity, passion and flare I would witness during each dinner service and knew it was a career I wanted to pursue.

What do you admire about Chef Daniel Boulud?
Chef Daniel Boulud has been one of my top mentors throughout my career. His attention to detail and how he has evolved French cuisine around the world is such an inspiration to me. I also admire how well he can multi-task – his work ethic is unmatched!

Is creating a dish “visual” for you, as much as it is something that should ignite the taste buds? (Palate or presentation? Which comes first for you?)
Although people first eat with their eyes, I find it most important to make sure both the prep and thought behind the dish is perfect. To me, it doesn’t matter how it looks if it doesn’t taste amazing.

If you had one ingredient that you love above all others, what would it be?
Currently, I’d say my favourite food to work with is duck.

What can each of us do to enhance our cooking?
Learn to season in layers.

What’s your favourite dish on the menu at Café Boulud?
Our octopus appetizer, made with grilled Spanish octopus, ginger coconut, curry sauce and cilantro.

How does it feel to be appointed the Chef de Cuisine?
It’s an incredible opportunity. Café Boulud offers the highest standard of food and continues to allow me to push both myself and the boundaries of food preparation and presentation.

What’s the definition of success to you?
To me, success is what you make it. The bar for success can be never-ending, so while it’s important to continue to progress and push ourselves, it’s also important to enjoy and celebrate the little moments throughout our lives. 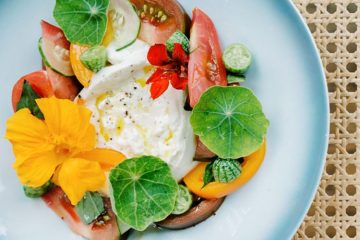 Foodies Unite — The Best Restaurants In Vaughan and Beyond 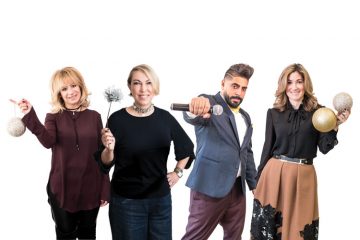