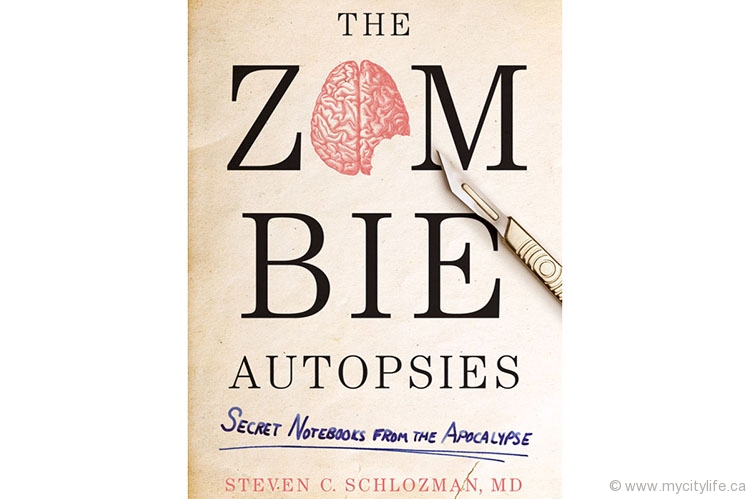 Zombies — the lumbering, reanimated remains of the infected. Rotting, mindless, driven by voracious greed and a penchant for braaaiiinnnsss — they’re putrid beings, and yet television audiences fancy them over the most carrot-coloured New Jerseyan, the most vapid, superficial socialites and, yes, even Charlie Sheen.

Case in point: The Walking Dead. With its decaying swarms and weapon-strapped protagonists, Walking has been crowned the king of basic cable. In December, this television adaptation of the eponymous graphic novel drew 10.5 million viewers for its mid-season finale, easily dominating its peers. Back in October, during its third season’s premiere, more than 10.9 million viewers tuned in, making Walking the most watched television drama in basic cable history. You heard right: the most watched basic cable drama ever — ever — is about zombies.

But television isn’t the lone medium plagued by this zombie resurgence. Zombie films, for one, regularly drag in A-listers and profits alike. With Will Smith as the lead, I Am Legend scored big in 2007 when it made $585 million worldwide. This summer, Brad Pitt and his flowing locks are set to battle the hordes of undead in World War Z, and you can bet strong ticket sales will follow. For some digital zombie action, rifle through your kid’s video game library for titles like Dead Rising, Left 4 Dead and Plants vs. Zombies. Try cracking open a copy of Seth Grahame-Smith’s Pride and Prejudice and Zombies, a New York Times bestselling novel, for a gruesome twist on a classic, as well.

Zombies, it seems, are more alive today than they’ve ever been (pun intended). But how did this happen? Why are groaning corpses luring audiences like, well, peckish zombies to an all-you-can-eat human buffet?

“That’s sort of the million-dollar question,” says Matt Mogk, founder of the Zombie Research Society and author of Everything You Ever Wanted to Know About Zombies. For Mogk, there are three key factors to zombies’ sustained popularity, with believability taking centre stage. “We don’t believe in fairies or magic anymore in our postmodern society,” he says. “Zombies fit into that.” While a reanimated corpse certainly stretches plausibility, zombies are inherently biological, free from the elaborate mysticism surrounding other fictional creatures. Their origin is based in science, often the result of a viral outbreak, and unlike vampires, ghosts or werewolves, zombies have no special powers. They can’t fly, walk through walls or live forever — they’re just rotting corpses. “There’s no ‘I have to bite you three times’ and ‘don’t go out in the daylight’ and all these rules. No, you have a disease, a really bad one,” Mogk says. The simplicity of zombiism — its biological roots — fits easily into our rational paradigms, allowing audiences to feel that, yes, a zombie outbreak could happen. So much so that Mogk labels it “an unrealized threat,” meaning while it hasn’t happened yet, it could.

Secondly, for Mogk, zombies go hand in hand with the end of the world. Armageddon is, after all, one of humanity’s oldest loves. Doomsayers from every epoch of civilization have trumpeted oblivion’s imminent arrival, and those pessimistic prophecies are still beaten into our skulls today. Ice caps melting, global economic collapse, lurking terrorists, nuclear catastrophes, Apocalypse 2012 (although we dodged a bullet on that one, phew!) — the End of Days is forever dancing on our front lawn. This gloomy outlook is the “zombie sweet spot.” Zombies are very much in sync with our fears of societal collapse, at the heart of panic and mass hysteria. “You never see one zombie,” Mogk explains. “One zombie equals 10 zombies equals a million zombies, which a) fits in with that notion of an infectious disease, but b) really fits in with our contemporary concern about large, global problems.”

Steven C. Schlozman, assistant professor of psychiatry at Harvard Medical School and author of The Zombie Autopsies, builds on this notion of supposed forthcoming catastrophe, but adds a philosophical twist. Zombie texts, he explains, allow us to contemplate grim existential dilemmas. “If there were truly a horrific pandemic,” he proposes, “where you had to make difficult decisions about quarantining people whom you knew would die, how would you make those decisions? Would everybody be considered equal? Would certain members who can contribute quote-unquote more be considered more equal?”

Schlozman feels that in all likelihood us Westerners will never have to contend with such grandiose moral dilemmas, and that our pessimistic concerns towards the future are often inflated — by the media, a growing distrust towards government and so on — but perceptions of uncertainty can still lead to feelings of being less than human. Combined with an increasingly depersonalized culture of automated customer service hotlines, conversing via text, email and social networks, and the eternal queues at shopping malls or government service centres, it’s not hard to see why people start to feel like zombies. “It’s sort of the zombification of all of us,” says Schlozman. “And people resonate with that.”

Which adds to Mogk’s last point: zombies have a grassroots appeal. Zombies are undiscriminating and indiscriminate. The horde isn’t exclusive or selective, neither elitist nor rejecting. “It’s the only club that wants the CEO just as much as they want the guy in the mailroom,” says Mogk. “Zombies want everybody.” Unlike snobbish vampires who treat immortality like a yacht club for billionaires, zombies have no regard for race, sex, age or social standing. If they get their hands on you, you’re in. And it’s always nice to be included.

This acceptance is exemplified by, and imbued in, the very essence of the now extremely popular zombie walks. “If you go to the zombie walk you’ll see kids that are two years old and people that are in their 70s,” says Thea Munster, founder of the Toronto Zombie Walk. The first official zombie walk started in Toronto in 2003, with Munster and six friends as the only participants. Since then, these gruesome gatherings have exploded into a global phenomenon, drawing thousands of shambling, groaning participants all dressed like the undead. Last year, in fact, over 7,000 zombie-clad people gathered for the Toronto Zombie Walk, explains Munster. According to Guinness World Records, the largest gathering of zombies was at the Zombie Pub Crawl in Minneapolis, Minn., when over 8,000 people donned fake blood and tattered clothes. Online, however, there are reports of hordes growing to over 10,000, with one in Buenos Aires, reportedly reaching 25,000 last October. Echoing Mogk’s grassroots ideology, Munster describes the communal nature of zombie walks, where boundaries are torn asunder and different communities commingle effortlessly. “In death we’re all the same,” she adds.

The Walking Dead’s third season returns February 10, and there’s no question fans will be out in droves. While you may scoff at the violent nature of horror-survival drama, or perhaps snicker at the peculiarity of pretend zombies shambling along streets, these revelries of death are not so uncommon. For many, they’re part of life. “There are lots of other cultures that have a celebration of death,” says Munster. “I think that we need that, because without death you can’t appreciate life.”