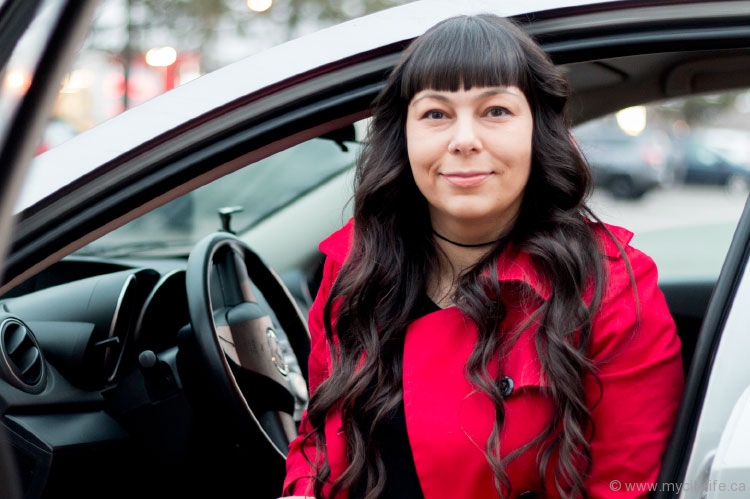 Astronaut, doctor and teacher are just a few of the careers you likely scribbled onto your ‘what I want to be’ assignment in first grade. Then, as you entered adulthood, you realized that all you really wanted to be when you grew up was anything that allowed you to sleep as long as you please and make it home in time for dinner.

Sure, the nine-to-five office gig is a perfectly square routine, and working the late shift is great for night owls, but can you imagine turning your job on and off at the touch of a button? This is the reality for the Uber drivers in our city. Over the past year, the tech-based ride service that allows you to order your ride with ease has been booming among drivers and customers alike.

The notable difference between Uber and a regular taxi service is the elimination of cash exchange. Prior to using the service, Uber customers must complete a detailed profile on the app and file a method of payment. Rates are predetermined based on distance and time, and accepted by the rider in advance. According to Uber, drivers make an average of $23 per hour.

Many would argue that the most important difference is Uber’s increased security precautions. Uber appears to be a much more commendable service for both drivers and customers because everything is documented, leaving digital breadcrumbs and holding all parties accountable for their actions.

UberX drivers in Toronto provide more than 500,000 rides each month

“It’s a more personal level of service,” says driver Marcelo Paredes. It felt like fate stepping into Paredes’s Uber — initially undercover for City Life. Noticeably nervous and eager to please his passengers, Paredes made light conversation and started on his way to my destination – he tells me that it was his first week driving. “So far I have all seven ratings of five stars,” he says, “I don’t know if that’s normal but I’m excited.” Because Uber drivers work as independent contractors on a rating system, it holds them accountable to a standard of safety, cleanliness and respect — dip below a 4.7 and you’re at risk of deactivation.

Paredes has a background in accounting and IT, and is currently working for a large postal service. He tells me that he’s taken a couple weeks off his job to give Uber a try, and even bought a brand new car for the adventure. “I’m not holding back. I’m giving this 100 per cent,” says a hopeful Paredes.

What does he love most about driving for Uber? “Well, I’ve been aiming to start around 10 a.m.,” he says. “If I’m my own boss, I’m not going to have anybody bossing me around, so my day is going to start at 10.”

This kind of flexible schedule is what has kept single mom Laura-Lynn Levesque driving for Uber for over a year now. The ability to plan her day around her children’s school hours and extracurriculars is a luxury she simply didn’t have with her previous job in the hospitality industry.

“I meet a lot of people from different industries and all walks of life. I love it” – Laura-Lynn Levesque, Uber driver

Levesque also tells me that working for herself allows her to drive as much as she needs to to meet her financial needs in any given week. Uber pays weekly, but the tech-based ride service has even launched the option for drivers to collect their earnings daily. “For the last seven years we had kind of been rocking the poverty line and [driving for Uber] has brought me out of that,” she says.

“My boys and I have been able to go camping, plan vacations this year and I can even take three weeks off and go to Quebec to see my father. It’s been amazing.”

What’s even more amazing is the lasting friendships and connections that Levesque has established through Uber. As a freelance photographer and recording engineer, she has been able to swap business cards with a number of other creative professionals.

“I meet a lot of people from different industries and all walks of life. I love it,” says Levesque, whose most memorable trip was an impromptu excursion from Toronto to Montréal for a businessman who desperately needed to make a 6 a.m. meeting.

What do complete strangers talk about for six hours? Driver Mark Barski may have a couple of ideas. The 23-year-old aspiring lawyer loves striking up conversations and sharing a few good laughs with his passengers. “It’s a lot of fun meeting 30 to 40 people a night. I always learn something new,” says Barski, who has been driving for about a year now.

According to the City of Toronto, the number of Uber passengers in Toronto grows by 15,000 to 20,000 each week

Just recently, he met a passenger who gifted him a jar of Carolina Reaper peppers — the hottest pepper in the world. It turns out she was one of the top growers of the record-setting pepper in Toronto. This sure beats Barski’s former job, where he was putting in 10 to 12 hours a day at a desk and “reaping” no rewards. A student at the time he started driving for Uber, Barski needed to make sure Uber was lucrative. He enjoyed being able to work around his class hours but quickly noticed that the thousands of kilometres he was racking up per month would ruin his car.

Determined to find a more strategic way to go about sourcing customers, Barski began to study patterns and analytics he pulled from third-party apps. “I think I kind of have it down to a science at this point,” he says. “A lot of it has to do with me staying up and graphing it, recording where the hotspots are in the city and knowing when they’re the busiest.” Talk about a formula for success.

The labour landscape is changing at mach speeds, and Uber is at the forefront of the shift towards an app-based world. Whether they’re full-time or part-time, motivated, self-starting entrepreneurs are taking advantage of the ability to control the flow of their income and put in a few more hours when extra expenses arise or to save for a rainy day.

Business aside, Uber affords drivers and riders alike the opportunity to meet new faces, socialize and build lasting connections — that alone is worthy of my five-star rating.

Waves of Changes for Autism Gala

As one of the most renowned meditation experts in

CITY LIFE MAGAZINE  @citylifetoronto
RT @mbmayor:In a few short months, #Vaughan will have its first hospital, & what a hospital it will be! Residents will have acc… https://t.co/M6JU7IDWYw
Sep 22 reply retweet favorite 3 days ago

CITY LIFE MAGAZINE  @citylifetoronto
Read more about @menamassoud (from @disney’s Aladdin) and how his passion for vegan food evolved into his cookbook… https://t.co/WHwyjx95jI
Sep 18 reply retweet favorite 7 days ago

CITY LIFE MAGAZINE  @citylifetoronto
RT @mbmayor:In a few short months, #Vaughan will have its first hospital, & what a hospital it will be! Residents will have acc… https://t.co/M6JU7IDWYw
Sep 22 reply retweet favorite 3 days ago

CITY LIFE MAGAZINE  @citylifetoronto
Read more about @menamassoud (from @disney’s Aladdin) and how his passion for vegan food evolved into his cookbook… https://t.co/WHwyjx95jI
Sep 18 reply retweet favorite 7 days ago

As one of the most renowned meditation experts in