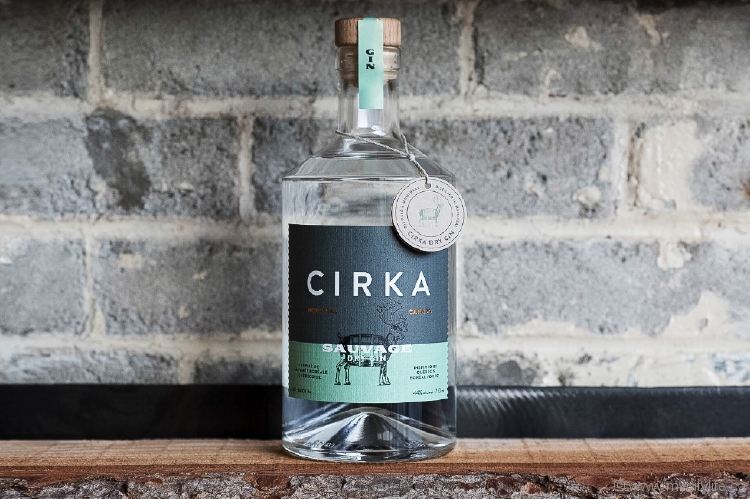 Leaving the high-tech world behind, Paul Cirka moved to Montreal, where he founded his craft spirit distillery, CIRKA. Producing vodka, gin and whisky, its locally sourced ingredients ensure a top-quality spirit that you won’t want to miss.

Recently, we took a sip into one of Montreal’s own artisanal spirits producers, CIRKA Distilleries. The Canada-based manufacturer distills a variety of liquors, including vodka, gin and whisky. CIRKA’s spirits are available all throughout Quebec and at select locations in Ontario, Alberta and Nova Scotia.

One of the attributes that caught our eye was the brand’s Terroir craft aspect. We were able to chat with CIRKA founder and owner, Paul Cirka, about his start in the craft distilling community and the overall distilling process, as well as the “grain-to-bottle” branding.

“I started my professional life in Toronto, as a landscape architect,” says Cirka. “Through that, I really got drawn into the world of computer graphics and special effects. So, I was kind of embroiled in that whole world for about 15 years. It’s very fast-paced,” he says, “especially at the time that I was involved. It was a pretty hectic time in that kind of software manufacturing. So, I actually took time off. I caught my breath and said, ‘You know, I’m going to step back.’ I didn’t go right from high-tech into distilling.”

Our curiosity was piqued as to how he made the leap from architecture to distilling and how it fit into the mould of his creative background.

“I think that I had the luxury of time,” continues Cirka. “It’s part of it I could become comfortable with. It’s a balance between science and art, for sure, which is appealing and sometimes scary because you do know there’s certainly a creative component as you’re developing your brand, the products, certainly your approach to the spirits that you want to make, but there is rigour on it,” he says.

“You do have to embrace the science, and you do have to embrace that side of it. And so it comes easily for some and not so easily for others. Once you go, ‘OK, it’s a new language I need to learn,’ and once you start becoming comfortable with that new language, then you know you can kind of build on that and take off,” says Cirka. “So, yeah, it was a fit. It certainly fit my personality, and I felt very comfortable quite early on. And then there’s the business side of it. This is a start-up like anything else, right?” he says. “So, you have to look at the market and the business, and you know what’s available and what are the opportunities.”

The company hones in on particular aspects of the distilling process to add a deeper element to the business of being a true craft spirits company. For example, CIRKA’s Vodka Terroir is a 100 per cent local, non-GMO, corn-based product that starts in a column of more than seven metres in height, ensuring that the original flavours are maintained during the distilling process. Following this initial step, the specialists place the vodka through a filtration system to give the alcohol a specific texturized feel for consumer enjoyment.

“Careful distillation allows us to control the balance of flavour and texture,” says Cirka. “This means we don’t have to rely on aggressive filtering, which removes desirable flavour compounds while you’re trying to get rid of unwanted components.”

This particular liquor, crafted at the CIRKA plant, is 40 per cent alcohol by volume (alc./vol.) in a standard 750 millilitre bottle. The spirit is perfected to have a sweet aroma, a smooth and velvety mouthfeel and a warm finish, with notes of butter, caramel or marshmallow.

CIRKA prides itself on being Montreal’s primary artisanal distillery, meaning that it produces each product from start to finish in-house and in a natural manner. This allows for each spirit to taste exactly how and become exactly what the distillers intended.

You can taste it yourself, thanks to CIRKA’s new distribution with the LCBO. With its Gin Sauvage available exclusively online and its vodka available on the shelf in select locations, you can grab a bottle and enjoy this pure form of craft distilled liquor yourself.

Noah Cappe on the Tasteful Side of the Entertainment Industry