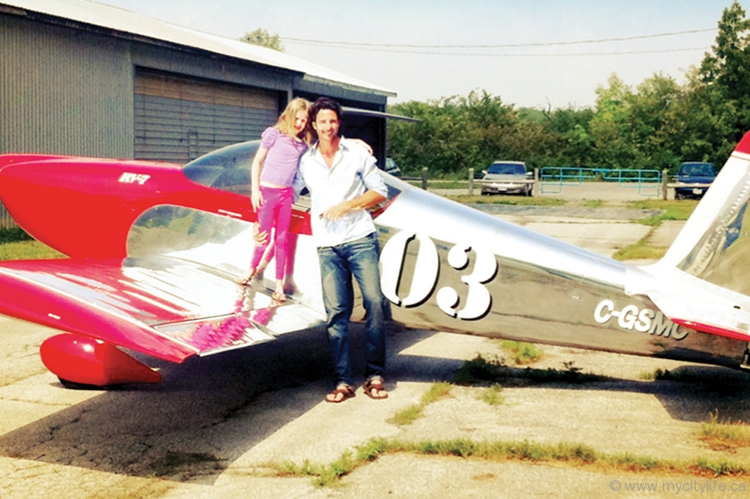 At 12:46 p.m. yesterday, with my body gushing full of adrenaline like I’ve never experienced in my life, I squeezed the push-to-talk trigger on the control stick of my high-performance, aerobatic two-seater aircraft and emphatically announced the three words that most pilots fortunately never say in their entire flying career. These three words typically provoke thoughts of an imminent and fiery death, and from a pilot’s standpoint, put into effect such power when said that they can even divert Air Force One from its current course … “Mayday, mayday, mayday.”

This is a moment that every pilot thinks about, often, but curiously doesn’t necessarily dread. People in most professions, vocations and sports get to exercise the full extent of their training, to experience reward and payoff in return for all their hard work. Other professions, such as soldiers, policemen, firemen, pilots and the like predominantly train for “what-if?” But all the training in the world can never truly simulate the adrenalin of such life-and-death catastrophes when they happen.

Today I would be tested.

My eight-year-old daughter Sydney, smiling ear to ear, and I were on the threshold of runway 27 at Burlington Airpark. I was going through my checklist, doing the usual pre-takeoff checks. All was A-OK for takeoff. I rolled onto the runway, announced my intentions over the airport frequency and quickly climbed to 2,500 feet. We were on our way to what’s metaphorically known as “the $100 hamburger” amongst weekend pilots. The “$100” is mostly dedicated to the fuel cost towards getting to where you will buy the $6 hamburger.

By commercial pilots’ standards I am considered what’s called a “low-time pilot,” meaning my total flight hours are low, around 500 hours.  For a private pilot (which I am), this is not considered too low.  I hold most licence ratings and am considered to be highly proficient in the aircraft that I own and fly most weekends, a Van’s RV-7.  I’m 41 years of age. By day I direct and produce television shows and commercials, but flying brings more joy than any other pastime.  It is my passion.

I levelled off at 2,500 feet and changed frequency to talk to “Toronto Centre.”  This is the frequency used by aircraft when entering into Pearson International airspace, one of the busiest airspaces in North America.

I had just made contact with them, telling them the standard information: who I am, where I am and my intentions. Then, at an airspeed of 310 km/h, a violent and deafening bang occurred. The canopy had released, flapping violently, creating a roaring wind tunnel within the cockpit.  The aircraft’s nose had also been forced down dramatically.

Adrenaline surging, my thought process was the following (but certainly not as concise as I am writing now):

A. If this canopy actually comes off, it will decapitate us.

B. If it comes off and doesn’t decapitate us (or knock me unconscious), I need to get my airspeed down, fast (picture trying to breathe with your head stuck out a car sunroof at 300 km/h).

C. I have an eight-year-old passenger who is crying and repeatedly screaming, “Daddy, what’s happening?” As callous as it sounds, “C” was the least of my concerns. Every pilot reading this is now hearing in their head what their instructor repeatedly drilled into all of us hundreds and hundreds of times: “Fly the plane.”
Now, with 24 hours having passed, I’m able to recollect my reactions much clearer. I was able to do three things simultaneously: I pulled back on the stick to raise the nose, pulled back on the throttle to lower the airspeed, and looked outside for a farmer’s field to land in the event of the canopy coming off (landing in a farmer’s field in a light aircraft is a very safe procedure).

What all those instructors mean when they say those magical three words is, “Forget about your passengers, forget about calling mayday, first, give all of your attention to the aircraft.” “Fly the plane,” then do all the others.
So far, it appeared the training was kicking in.

My forward visibility was zero from the canopy’s glare shield obstruction, but I was able to maintain altitude by instruments alone. Although the canopy (a fighter-style high-strength polymer bubble hinged at the front) was flapping violently, our headsets remained on. This was a good thing as talking to air traffic control was critical, let alone talking to Sydney.
My assessment was that the canopy was not likely to come off. Airspeed was coming down to around 150 km/h. It was time to call mayday. “Toronto Centre, Sierra Mike Charlie, mayday, mayday, mayday.” Immediately, all other pilots shut up and air traffic control and I owned the airwaves. No one would talk or interrupt until I got exactly what I needed. All pilots know this.
As predicted, air traffic control was amazingly calm. “Golf Sierra Mike Charlie, what is your emergency?” I described the situation and told them where I was. They asked me my intentions. I told them I was intending to return to Burlington, ETA five minutes. They asked if I wanted emergency vehicles waiting for me on landing. I knew as my airspeed dropped the canopy would calm down so I knew landing would be OK, so I declined emergency vehicles. They asked if I needed any further assistance. I did have one request. As my forward visibility was still hindered I asked if there was any traffic between myself and the airport, and if so, could ATC vector them out of my flight path. I was on Pearson’s primary radar so they knew my location, heading (direction of flight) and altitude. They did as I requested. Three aircraft were vectored clear from my flight path.
As I approached the airport, my airspeed continued to decrease and the canopy calmed down. Now I turned my attention to my beautiful little blond passenger. Her crying had stopped but the look on her face was still of fear. I didn’t realize until maybe three to four minutes after the canopy popped that I had managed to keep my hand on her thigh throughout most of this ordeal, and she in turn had her trembling little hand on mine. Her hand had finally relaxed its grip a little, so I took that as some measure of where she was. I told her that although it was very noisy from all the wind she was never in any danger and that we’d be down in a few minutes and we could talk about what happened. I also dropped the words “ice cream” in there somewhere, which seemed to paint a momentary but welcoming grin on her face.

We landed and I called ATC (as I was instructed to do while still in flight) to let them know all was well and to give a little more detail as to what happened. Sydney and I then drove to Baskin-Robbins and debriefed over chocolate chip and tiger tail cones.

Why did this happen?  Because of me.

I failed to double-check a canopy latch (one of three) prior to takeoff. The first and last time I will ever make that error. In hindsight, there was no risk at all of the canopy coming free. The aircraft design factors in this
pilot error.

I’m embarrassed to my core that this occurred. It is my only blemish on a perfect safety record totalling almost 500 flight hours. But I’ve learned a lot, and not all due to that specific
human failure.

There is unfortunately a culture in general aviation to not often talk about such close calls and emergencies with frankness. I’m doing so here because there have been a few aircraft accidents lately that have received public attention, and dead pilots don’t talk. With fewer egos I believe our knowledge and experience can become so much more than the sum of our parts as individual aviators sharing a busy sky.

My training was tested, and although it was my error that created the situation, it was my training that kept the situation from escalating. I was calm and I followed all procedures to the letter. Despite all my training over the years I was never assured of quite how I would react under such conditions.

Thank you to my instructors, air traffic control and the wonderful engineers who designed and built my aircraft.

A day I will never forget for more reasons than I ever could have imagined. And BTW, Sydney is keen to fly with Daddy again very soon.

Since this event occurred, Sydney and I have flown many more times. She is always very relaxed in the plane. The only change in her behaviour I’ve seen is that she’s more inquisitive about
the instrumentation.

CITY LIFE MAGAZINE  @citylifetoronto
RT @Bell_LetsTalk:Today, every view of this video helps create positive change. All you need to do is watch it and Bell will donate 5… https://t.co/fGsjnWTQz9
reply retweet favorite
Instagram
Instead of being objective, cognitive biases can r