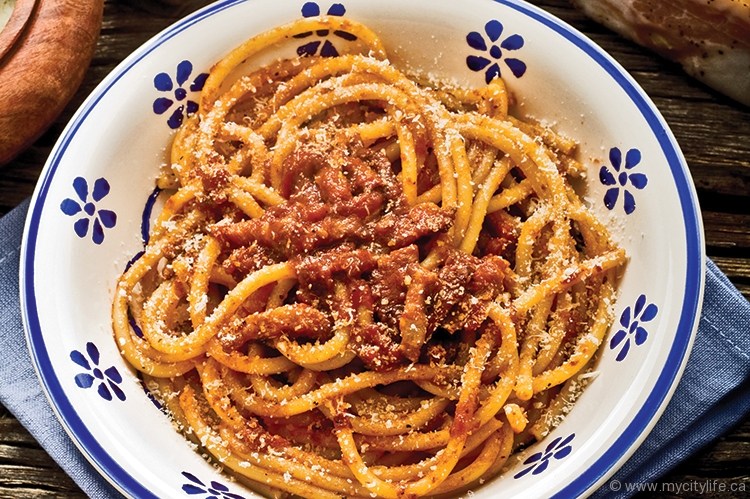 Book a flight and don’t forget your knife and fork — according to two local chefs, globe-trotting is the No. 1 way to find authentic culinary inspiration

When you’re in Toronto and on the hunt for real Italian food, it can be a challenge to find a culinary space that’s as authentic as it promises. But chefs Rocco Agostino and Kris Schlotzhauer of Pizzeria Libretto and Enoteca Sociale have the whole authentic thing down pat. The two, who tripped to Italy in 2013 for a dose of inspiration, recently returned to the motherland to take more notes and bring home fresh menu items.

Schlotzhauer spent his trip in the beautiful chaos that is Rome, eating traditional Roman cuisine to bring back freshly inspired dishes for Enoteca Sociale’s spring menu. On the chefs’ first trip, Schlotzhauer’s mission had been to discover the holy grail of bucatini all’Amatriciana. When asked what his goal was for his return trip, he says, “I’m looking forward to eating as much [spaghetti] carbonara as I can. And lots of fried artichokes.”

Agostino had fried artichokes on the brain, too, breaking down his “to-eat” list for their second adventure as “zucchini flowers, artichokes, anything and everything deep-fried.” Having joined Schlotzhauer in Rome, Agostino eventually made his way to Naples, where he did culinary research for his new Toronto venture with Porchetta & Co., A3 Napoli Pizzeria e Friggitoria, which plans to dish out Neapolitan street food.

Now the packs of devotees who flock to these acclaimed downtown hubs will know what they’re about to put in their mouths is as authentic as it gets.
sociale.ca, pizzerialibretto.com

Q & A with Kris Schlotzhauer
Q Favourite thing you ate while in Italy?
A We ate coda alla vaccinara (braised oxtail) at a restaurant called Armando al Pantheon. It was by far the greatest thing we ate on our trip.

Q What inspiration did you find in Italy that you are bringing back to your restaurant and menu?
A Spring is in full bloom in Rome and it was so nice to eat the beautiful artichokes that are such a staple in Roman cuisine this time of year.

Q What would you say is the most popular item the locals are eating?
A Roman cuisine isn’t very trendy; they have a stable of dishes that just about every cucina Romana restaurant has on their menu and there is little room for creativity. That being said, we had a delicious pasta with pomegranate seeds and asparagus at one of the restaurants that was a very nice, unexpected combination.

Q Were the spaghetti carbonara and fried artichokes everything you dreamed they would be?
A The fried artichokes were amazing — one of my favourites. The carbonara, for the most part, was great, a couple misses but we had probably seven of them throughout the week. I will gladly put our carbonara up against any in Rome, though.

Method
1. Heat oil in a 12-inch skillet. Add guanciale (or pancetta) and sauté until barely beginning to brown. Add garlic, chili flakes and sauté over medium heat until lightly cooked.

2. Add tomatoes and cook for about 10 minutes, until the sauce has reduced by roughly half. Season with a pinch of salt and remove from heat.

3. Bring a large pot of salted water to a boil, add bucatini and cook until al dente, about nine minutes. Drain and transfer to the skillet. Gently reheat contents of the skillet, folding pasta and tomato sauce together until they are heated through, making sure pasta is well-coated, about five minutes. Fold in grated pecorino cheese. Check seasoning and serve with more cheese on the side. 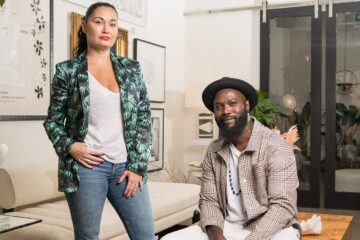