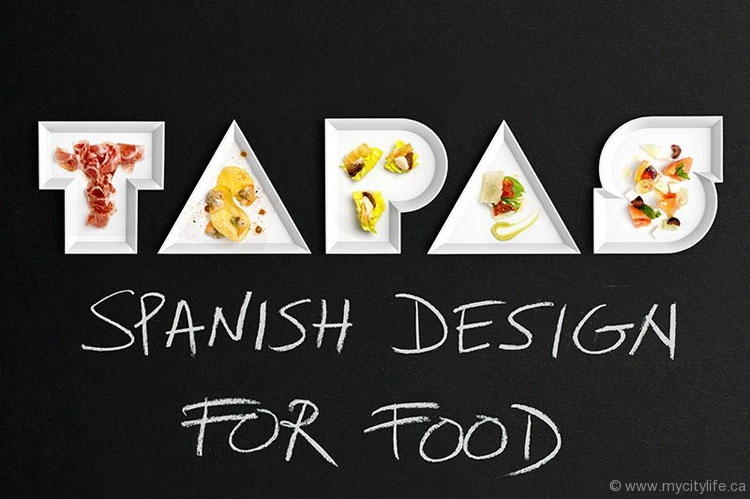 AS panish gastronomic escapade is coming to Toronto’s Design Exchange this summer, and it’s one that will whet the appetite. Showcasing more than 150 culinary tools and devices, “Tapas: Spanish Design for Food” offers an educational and inspirational insight into Spain’s cutting-edge approach to all things edible. We caught up with its curator, celebrated Spanish architect and designer Juli Capella, to find out why this exhibition is one to sink our teeth into.

CL: What was the draw for you to curate this exhibition?
JC: Most humans (unfortunately not all) eat three times a day, about 100,000 times throughout their lives. To do so requires an en ormous number of objects that have been meticulously designed. Understanding how some of the most characteristic objects of the Spanish culture are made is the aim of this exhibition. No one eats directly from the fruit of a tree anymore; we need knives, pans and dishes.

CL: There are more than 150 pieces highlighted across three sections, The Kitchen, The Table and The Menu. Could you give us a preview of some standout items from these sections and describe what makes them so special?
JC: In The Kitchen we present the invention of the Minipimer blender, an improved model of the American blender. It’s easier to clean, and it’s lighter, cheaper and greener. It was invented by a Spaniard in 1961 and is still in production by Braun. There are also silicone baking utensils made by Lékué. Until recently, putting plastic in an oven seemed impossible, but with these products, it’s now doable. In The Table there are some very funny, popular items such as the boot, the jug and the porron, which are all used to hygienically share a drink with others — that is to say, without touching the mouth. We also have the best oil ever made, of course, because our country is the largest producer of oil in the world. Most think it’s Italy, but we double its production. In The Menu there is the famous Chupa Chups, whose graphic design is by Salvador Dali. There are also vegetable lollipops for children and churros, or fritters, which are seamlessly extruded for optimum frying.

CL: Do you have a favourite piece from the exhibition? If so, what is it and what do you appreciate most about it?
JC: All are favourites, as are my children. But I love the BBQ Fakir Cook. It pricks the meat with herbs, allowing those herbs to cook from within and not as you would usually do on either side. The meat turns out juicier. There is also a surprise in the exhibition: the alive plate, a moving dish that mimics fermenting dough. It was designed for a dessert at El Celler de Can Roca in Girona, which was considered the best restaurant in the world in 2013, and which won this year’s award for best baker in the world.

CL: How is the Spanish approach to food and design unlike any other in the world and why does it merit its own exhibition?
JC: Spain was the first country in the world where a chef, Ferran Adrià from elBulli (No. 1 on the World’s 50 Best Restaurants list five times), hired an industrial designer to work in his kitchen. He needed him to recreate part of the containers for his creations and also for inventing various gadgets for cooking in innovative ways. Prior to that, the most renowned chefs were limited to select dishes from the most qualified producers, and could only give them a touch of personalization by adding a printed logo. But Spain is where the revolution of conceiving the container (dish) and the contents (food) as a unit is from. The invention of spherification, for example, required a device that was designed in the kitchen itself. They experimented with a multitude of materials and shapes, and each of the 32 dishes on the menu of elBulli was presented in a different container — not randomly, but specially created for and related to the meal.

CL: Why should the people of Toronto experience the “Tapas: Spanish Design for Food” exhibition?
JC: You will learn that the word “tapas” means “to cover,” because in taverns in Spain, some centuries ago, it was common to cover the carafe of wine with a piece of bread or a slice of sausage. This would keep out dust and flies that could enter the carafe. That alone would make it worth it to come to the expo, but also you can enjoy Spanish mills that have helped to turn a necessity into a pleasure. You will leave the exhibition with a big appetite.

“Tapas: Spanish Design for Food” is running through June 12 – August 10 at the Design Exchange. For more information, visit www.dx.org

A Note of Hope — Concord