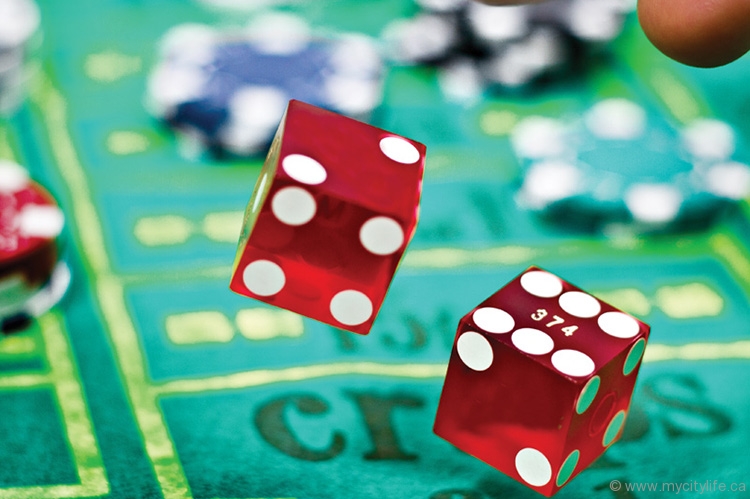 Vaughan has done what Toronto refused to do. In the wee hours of the morning on May 29, city council voted 5-4 in favour of informing the Ontario Lottery and Gaming Corporation (OLG) of its interest in hosting a casino. Vaughan is now officially in the mix for OLG’s next temple to Lady Luck. That says plenty about how the city is changing — and not all of those changes paint the prettiest picture.

This decision shouldn’t come as a surprise. Vaughan is a city on the rise with enough ego-boosting prospects to raise the Titanic. Numerous condo developments have their roots firmly planted, some already stretching skyward like steel and glass wildflowers; construction is underway on the colossal Metropolitan Centre, which will completely transform the city’s dynamic; the forthcoming Mackenzie Vaughan Hospital is warmly welcomed, even though construction won’t begin until 2015 at the earliest; and the extended Spadina subway line, a sure catalyst for economic influx, inches ever closer, tethering the heart of Vaughan to Toronto’s downtown core. Whether you like it or not, this aggressive modernization is transforming this once “sleepy suburb” into a magnet for commerce and big business. A new era is upon Vaughan, and a casino may just be another piece of that puzzle.

But, wait! Not a “casino” — how foolish to suggest. It would be a “world-class cultural and entertainment district, which will include an integrated convention and trade centre, five-star hotel and entertainment arts centre, including a gaming complex,” as the city’s website makes clear. “Gaming complex”? Filled with what, exactly? Felt-lined platforms of odds wagering? Lever-driven image aligners of possibilities?

A euphemism this layered, this buried under dressed-up language and lofty promises, should trigger alarms. The similarity to the linguistic showmanship that inundated Toronto during its casino courtship, where phrases like “integrated entertainment complex” were spun harder than a body-builder-operated roulette wheel, is apparent. Mayor Bevilacqua made it quite clear in a recent Toronto Star piece that “a stand-alone casino in the City of Vaughan would never be supported.” But there is no guarantee any of these promises will be delivered. Even if Vaughan is selected for the province’s next casino, the city is not the only player. Consensus between the OLG, a third-party casino developer (“gaming operators,” as current vernacular goes, like the Vegas big dogs that went after Toronto: MGM, Caesars entertainment, etc.) and the city will need to be met before any building begins. Maybe the OLG and casino developer will back a hotel, but not a convention centre; maybe that hotel will be less than five-star. Concessions may need to be made to even get a little of what the city wants, and who knows how that will play out. Residents could see one of the oldest business tactics at work: if you want one thing, ask for five, then whittle them down until they agree to one; you get what you wanted from the beginning and the opposition thinks they’ve won something. Beware of strangers bearing gifts. Especially when they are packaged with this much grandeur: $32 million per year in hosting fees, $3 million in property taxes, 8,000-10,000 permanent jobs plus another 3,000 construction jobs during the casino’s building phase. How could any city pass that up?

Well, Toronto did. So did Markham. Mississauga stated last year that it doesn’t have the land for it, and Richmond Hill hasn’t shown much enthusiasm. Perhaps they thought the numbers were too good to be true. After all, Niagara Falls did have to refund $16.4 million to its two casinos after OLG won an eight-year property tax assessment appeal back in February. There are no guarantees in Casino Land, it seems. Even as neighbouring cities shut the door on casino peddlers, Vaughan city council — or more accurately, the five male council members (draw your own conclusions) — seemed to see what others missed. Have they sniffed out a sweet deal, or are success and glittering lights enticing them to push their luck? There is certainly much to be proud of in Vaughan, but there’s a fine line between pride in one’s accomplishments and hubris. There’s a growing sense of infallibility behind Vaughan’s rapid transformation, as though the “The City Above [Superior to? Greater than?] Toronto” moniker is still alive. Why does a city with so much growth, with such bright economic prospects, with all the tools to build a community that is the envy of its neighbours, feel the need to inject gambling? Is the city that greedy that it’s willing to sacrifice its integrity to further line its pockets? Such action says much about what the city is willing to give up in the name
of progress.

It goes beyond the fears preached by self-righteous do-gooders, as well. You’ve undoubtedly heard the concerns: increased gambling addiction, organized crime, prostitution, revenue sucked out of local businesses. Of course we’ll see more gambling addicts — those dice-rollers who, by whatever delusion they cling to, believe through cunning or persistence or whatever ingenious strategy they’ve concocted a serious payout is mere bets away. A Toronto Public Health report has already warned there are 129,000 at-risk gamblers in the GTA; a casino certainly won’t quell that problem. But anyone with enough wits about them knows that the novelty of losing money to the house wears off quite quickly, and most are level-headed enough to know when to walk away. Just like most normal people know not to sink their livelihoods at the bottom of a bottle even though a Beer Store or LCBO is around the corner.

OLG is also quick to remind us that money generated from casinos helps to fund city projects like hospitals, downtown revitalizations and community centres. “This is only part of the $36 billion OLG has contributed to Ontario since 1975,” as the commercials go.

There is a deeper moral dilemma than all that. What Vaughan should consider, just like any honest business owner, is the means by which it makes money. When it comes to casinos, that means is never clean, especially in a growing city like Vaughan. There is nothing reputable about using a casino to rake in additional millions in an already healthy economy, no integrity in taking money under the glitz-and-glam guise of false hope, no honour in encouraging residents to spend more on “entertainment” just because it finances government. Sure, there are those who gamble for light fun, but that’s not where the money’s made. Casinos, like drug dealers, prosper off the regulars, the returning schmucks who habitually feed the gambling machine. It’s why they issue comps to soften the blows, as the Globe and Mail outlined in “Casinos Spend Millions to Make Losers Feel Like Winners” — you don’t want your best customers to OD, after all. Casinos are sought by cities that either heavily rely on tourism or face dwindling industry and income. Vaughan doesn’t need to resort to such desperation. It doesn’t need to suck more money out of its residents and neighbours by embracing such an infamous vice to prosper. The subway line will do more than enough to spur growth and draw more residents. If jobs are the desire, why not do it through commerce? There is more pride to be had in building business instead of creating reliance on the gambling drug.

The OLG will select where it will build a casino sometime in 2014. Over 40 cities have expressed interest in hosting a casino, and that’s just within their designated gaming zones, so there’s still a long road to travel before any concrete plans are set in motion. Vaughan, however, holds a powerful trump card: not only is its location prime within the GTA, but that subway line will provide easy access to Torontonians and their cash. It’s not hard to see why Vaughan could be
a front-runner on the list.