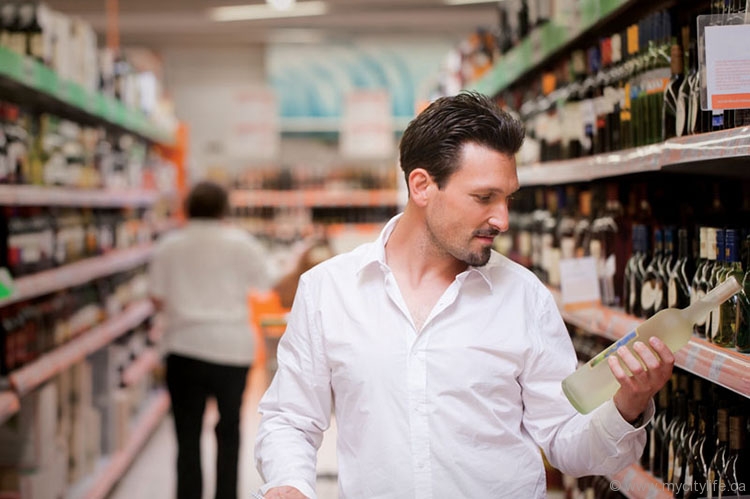 Milk, eggs, bread … beer? Under an Ontario Progressive Conservative government, six-packs, 26ers and bottles of red could be lining shelves next to the essentials provincewide. Ontario PC leader Tim Hudak has made it clear, if elected, he has no plans to be involved in the booze business. “Let’s let the private sector into the alcohol business, let’s have some more competition,” he said to reporters back in December.

“It’s time to end the LCBO and Beer Store monopolies.”

Easier access to alcohol is certainly enticing for consumers who enjoy the odd drink. But what would having alcohol in grocery and convenience stores mean for the province? Furthermore, will it even happen?

For Dave Bryans, CEO of the Ontario Convenience Stores Association (OCSA), such reform would meet consumer demand for convenience. “This is an archaic alcohol control system,” he says of the LCBO and Beer Store, both established in 1927. “We live in a more mature, quicker moving society that expects convenience.” According to Bryans, Ontario is dragging its feet and needs to keep pace with other provinces, like British Columbia, Alberta and Quebec, which all have partially or fully privatized systems. This past July, a petition containing more than 112,000 signatures calling for alcohol to be sold in convenience stores was presented by the OCSA to the Ontario government, bolstering Bryans’ position. “These are voters,” he says, “Liberals, NDPs and Conservatives standing in line at convenience stores saying we want you to carry our voice to Queen’s Park and help us.”

“We know that Ontarians are seeking more convenience in where they purchase their wine, beer and spirits,” says Scott Blodgett, spokesperson for the Ministry of Finance, which oversees the LCBO. In response to consumer demand, the LCBO plans to implement two new store formats: LCBO VQA Destination Boutiques, which will offer a larger selection of Ontario’s VQA wines in select LCBO stores, and LCBO Express, which will sell alcohol in larger grocery stores. “Alcohol will not be available in the aisles of grocery stores. Convenience will be achieved in a socially responsible way by having LCBO stores, operated by LCBO staff, located in large grocery stores,” Blodgett says, adding this also ensures that government revenues remain protected.

Revenue has been a key factor stopping privatization in the past. In 1985, Liberal premier David Peterson took a swing at privatizing alcohol sales, but the movement didn’t make it through legislature. Former Conservative premier Mike Harris stepped up to the plate in ’95, vowing to sell off the LCBO, but backed off due to the substantial dollars the organization brought Ontario. The LCBO remains a revenue-generating powerhouse today: last year alone it brought in $1.6 billion for Ontario. Could the Ontario government walk away from such guaranteed income?

According to Michael Smart, professor of economics at the University of Toronto, Ontario need not worry about lost income. “Privatization would not reduce government revenues,” he says. “Ontario could still tax alcohol any way it liked, at both the wholesale and retail level.” Although opponents of alcohol privatization point to the higher prices in Alberta, where alcohol is fully privatized, Smart explains those prices are due to higher taxes. Privatization, he adds, would increase transparency, as the government would generate tax revenue instead of “dividends” from the LCBO.

It is those taxes driving higher prices, says Jeff Newton, spokesman for the Beer Store. “The big perception out there is that privatization means corner stores, and corner stores mean cheaper prices,” he says. However, considering the Ontario commodity tax alone, tax on a 24-case of cans is $9.81, he adds. In Quebec, on the other hand, taxes are roughly half that; in the United States, taxes are negligible by comparison. “Without corresponding tax cuts to levels that exist in corner-store markets, like in Quebec or New York, you’re going to get higher prices.”

Even if Ontarians accept higher prices for privatization, is dreaming of easier access simply that: dreaming? The Beer Store employs more than 6,500 people, and over 7,000 Ontario Public Service Employees Union (OPSEU) members work for the LCBO. That’s a lot of lost jobs. Jobs that likely won’t be lost without an uproar. Peruse the Public Sector Salary Disclosure list (or “Sunshine List”) for the roughly 250 LCBO execs making over $100,000 per year, as well. With that much power — and income — at stake, you can bet they’ll have their say before any reform is enacted.

With both the Beer Store and LCBO so deeply entrenched, it’s yet to been seen if a politician is ready to step on that many toes in the name of convenience. The current Liberal government seems content with the system, so unless Hudak takes office and follows through, it looks like we’ll be making two stops for the essentials: grocery and liquor stores.

Drink it in:
Both the LCBO and Beer Store were established in 1927 as a means of controlling alcohol distribution in a socially responsible way after Prohibition. Last year the LCBO brought in $1.6 billion for Ontario. According to the LCBO Annual Report, 2010-11, the Beer Store accounts for roughly 78 per cent of total beer sales in the province, while the LCBO accounts for 84 per cent of wine sales. According to the Beer Store, commodity tax on a 24-case of cans is $9.81. In Quebec, it’s $4.26; in New York State, it’s $0.32. While the LCBO is state-run, the Beer Store is owned by Labatt Brewing Company Ltd., Molson Coors Brewing Company Ltd. and Sleeman Breweries Ltd., all owned by multinational conglomerates, none of which are Canadian.
The Beer Store currently has over 440 locations and employs more than 6,500 workers. The LCBO has over 630 locations and employs over 7,000 full- and part-time OPSEU workers.

Instagram
Because sometimes, you just need a good prank! @sh