A City in Bloom 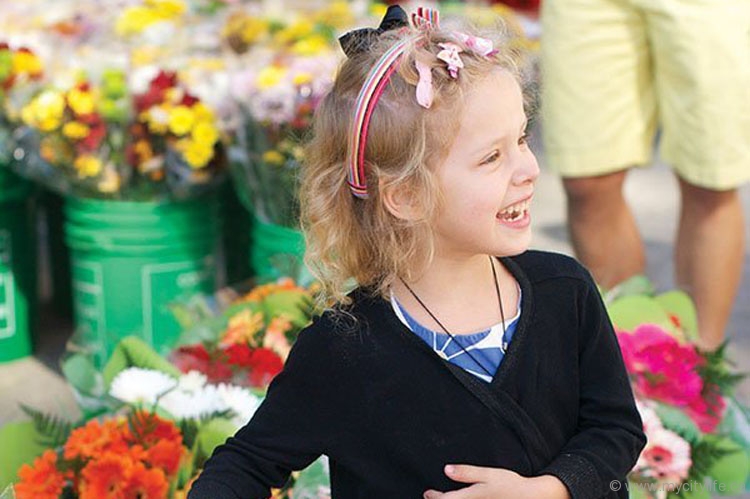 It was a typically overcast August afternoon in London when Natasa Kajganic stumbled into a fairy tale. “I was visiting a friend in England, and she took me to Columbia Road Flower Market,” says Kajganic, a Torontonian. “It was beautiful. It was like how I imagined London to be in a storybook world, with cobblestone roads, music, flowers all around, people walking down the narrow street. It never really left me.”

Kajganic, who was working at an ad agency at the time, returned to her home in Toronto’s west end and scavenged the city for a decent flower market that would give her the same happy high — only to discover that the city was barren of any worthy bloom bazaars. (“They were all wholesale markets — nothing local,” says Kajganic.) The magic clearly wasn’t there, and that just wouldn’t do. So she decided to try her hand at recreating Columbia Road in the heart of Toronto.

From there, the Toronto Flower Market was born. Premiering on Mother’s Day weekend of 2013, the Market pleasantly surprised the city with a splash of colour in the midst of its growing metropolis. “There’s all this concrete going up in the city, and I wanted to contrast that with lush green and nature and life,” says Kajganic, now a creative producer. And she succeeded: Held at restored-glass-factory-turned-event-venue 99 Sudbury, the Market’s inaugural year gathered farmers, florists and flower lovers together from across Ontario to chat and celebrate over freshly twined bouquets, blossom-filled baskets and handmade flower crowns.

It’s all back again this year, and this time it’s in a more prime location. Now settled just west of Queen and Ossington — arguably the eye of Toronto’s artisan storm — the Market is luring in patrons like a swarm of honeybees to a poppy field. Scheduled to set up shop on the second Saturday of each month from 10 a.m. to 3 p.m. until its final instalment in October, the Market and its 12 vendors are waking up the city with bunches of colourful eye candy.

“Before the Flower Market, I didn’t really have a history with flowers,” confesses Kajganic, whose current blossom of choice is the lily. “But it’s become a passion in the sense that I really wanted this to exist. I definitely think there are stories to tell here.” One such story belongs to Joanne Feddes of west Hamilton-based La Primavera Farms, one of the dozen sellers at this year’s Market, who has a special knack for growing sunflowers, dahlias and peonies.

“I think that the community was waiting for [the Market],” says Feddes, a third-generation farmer whose father immigrated to Canada from Argentina in the 1950s. “It’ll help people fill their homes with flowers. When the price is right and you’re surrounded by beautiful, local stuff, you’re a lot more likely to fill your arms up than when you’re just in a grocery store. I’d like to have everyone with flowers in their house — be more European!”

Challenge accepted — or it seems to be for Torontonians, who are flooding in every designated Saturday to pick up their armfuls of fresh florals and some quips of friendly conversation.
“It’s definitely something that people are happy exists,” says Kajganic, “and that makes me really happy.”
www.torontoflowermarket..ca

A City in Bloom