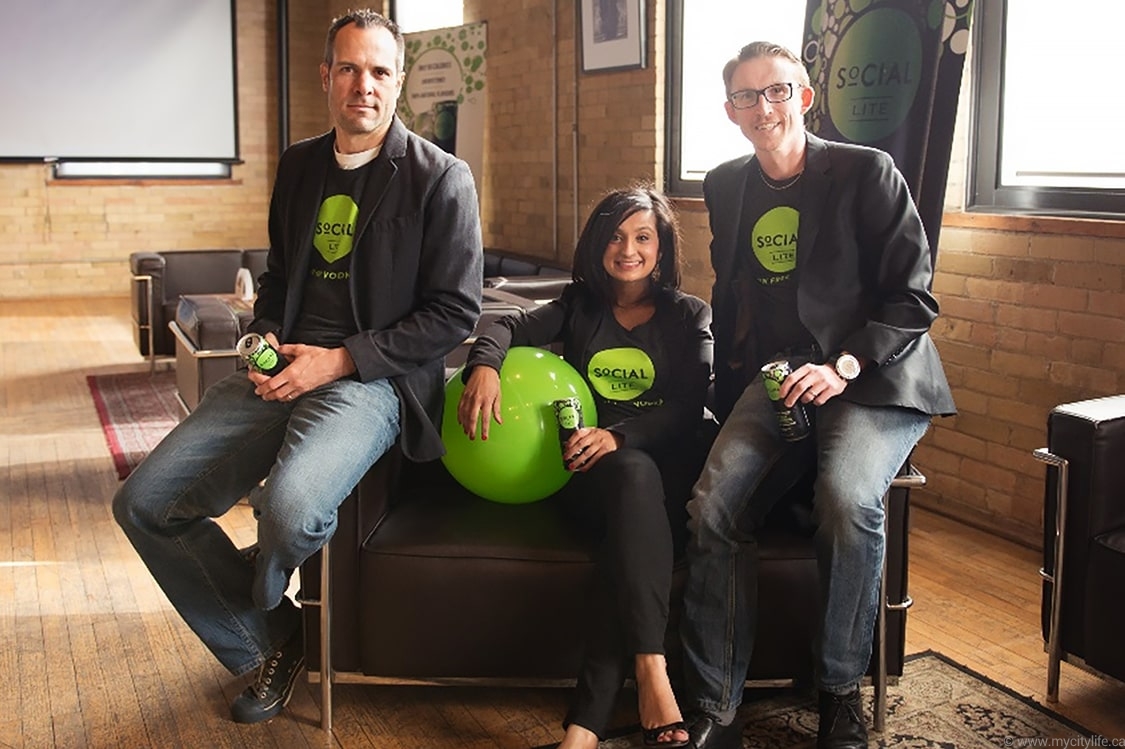 When three Canadians started up Social Lite, they were pioneers in the field, aiming for a clean vodka seltzer without all the sugar, additives and empty calories of all the others already out there. The result? They nailed it.

You know how it is. It’s the weekend. And it’s fun to sit around a kitchen table, sipping drinks with a few friends. That’s exactly what three buddies were doing one day about seven years ago, in Whitby, Ont. They started to throw around some ideas. “The whole thing started because we all wanted to be social and have drinks,” says Neetu Godara, one of Social Lite’s founders.

When they went out with friends, they drank vodka sodas, because they liked the way they felt OK the next day. But when they looked for a convenient option when they were camping or hanging out at a pool, for instance, they just couldn’t find a drink they liked. “Everything was neon colours and full of sugar,” she adds. “Wait a minute,” they said. “We can’t be the only Canadians who want a better drink.”

So, they started stirring up concoctions at home. The three co-founders did have some experience to begin with, says Godara, who had worked in the beverage industry. When she met Dan Beach through her brother, and Beach’s best friend, Kevin Folk, “they had this idea of making premium vodka sodas with nice flavours … and when we found out nobody was doing it, we decided to go for it, and try and make some waves in the industry,” says Godara. And that is exactly what happened.

It actually led to the start of a new category of unsweetened bevies that’s huge right now. In fact, this past year, Social Lite had a 77 per cent increase in sales. And the company has just launched its product in the United States. That’s big for a small Ontario company that just keeps growing.

What’s so great about Social Lite? Well, for starters, think back to the original coolers, which had a negative connection because of the high sugar content and artificial flavours. “Our drinks have really clean ingredients — no sugar or artificial flavours, and they’re 80 calories each,” says Godara. “People don’t want to feel like they’re sacrificing taste.”

“People are so appreciative that they can get a good ready-to-drink beverage with no carbs in a wide assortment of flavours,” she adds. And as a bonus, they’re easy to drink. “You don’t want something heavy, like a beer, or something that can put you to sleep, like wine,” says Godara. “This whole category of unsweetened ready-to-drink beverages is on fire now across the country and even in the States.”

What’s the secret to the company’s success? Well, it’s not just one; it’s more like a coming together of a few things. They encourage people on the team with industry knowledge and background. “But it’s also good to have people who don’t have that. Dan and Kevin had this completely fresh perspective, because they come from outside of the industry,” she says.

And this trio hustled. When they were working their day jobs, they were also making calls in the evenings and handing out samples at gyms and beer festivals, asking people what they liked and didn’t like. “It’s not always sexy, but no one gets their business off the ground without all the hard work,” she says.

This has been a year like no other, and Social Lite gets it. “One thing we’ve realized through this whole pandemic is how important it is to support local Canadian businesses,” says Godara. The company did its part and stepped up when bars and restaurants were forced to close by redirecting marketing dollars to a campaign called “Dinner and Drinks on Us.” Says Godara: “We gave $25,000 to consumers in Ontario to go and buy takeout, dinner and drinks from their favourite local restaurant to help support them.”

Social Lite has big plans coming down the pipeline, like growing the business across Canada and the U.S. Th is year, the trio are hiring a national sales team, increasing to more than 20 employees from seven. “We’re bringing new ideas and talent from all over Canada into our small business,” says Godara. Social Lite is offering a new berry flavour; it has just introduced a bolder product with 6 per cent alcohol and a splash of juice to market; and LCBO stores will be carrying a fun, limited-edition 12-pack mixer again for the holidays: each one comes with an ugly sweater cosy to keep drinks cold.

“I’ll never forget the first time I went and bought Social Lite at the LCBO,” says Godara. “And I’m very grateful for where we are right now.”

It’s easy to mistake Social Lite for a big global company, because it’s an amazing success story for a small and growing Ontario company. “People see Social Lite everywhere, and we sometimes get comments like, ‘I didn’t even know this was a local brand,’ and we’re like, ‘Yes, yes, it is — we’re from Whitby, right around the corner,’” says Godara. Watching Social Lite grow from its humble beginnings to where it is now is very rewarding, she adds. “It’s really cool.” 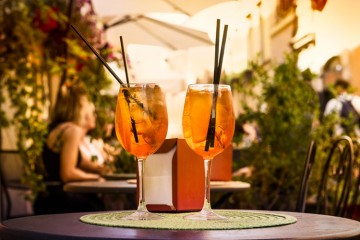