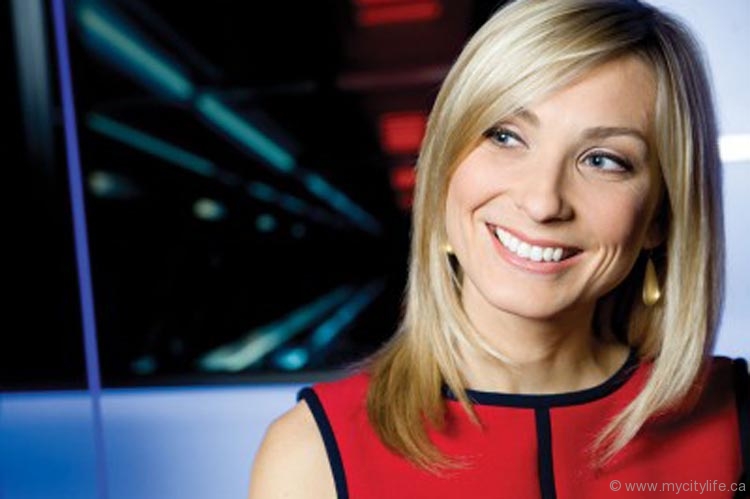 Evanka Osmak was standing at the centre of the Sky Dome in the spring of 2006 when she saw an opportunity. The budding Oakville-raised news reporter, who was working for an NBC station in Yuma, Arizona, had flown to Toronto to interview Blue Jays’ catcher Bengie Molina. “I thought, ‘OK this is my chance. I’ve got to say something, I’ve got to act,’” says Osmak, who aspired to return home and cover Canadian sports once her contract was up. Surrounded by veteran journalists, she stepped up to the plate and marched over to Sportsnet anchor Jamie Campbell. “I’m Evanka Osmak, I’m from Oakville but I’m working down in Arizona. Is there any chance I could send you my tape and you could critique it?” she said. Impressed by her confidence and charisma, he handed over all of his contact information and agreed to review her demo.

He never heard from her. Six months later, Campbell was hosting a holiday dinner at his family home when the phone rang. It was Sportsnet news director Mike English. He was combing the country for a female sports anchor and wanted to see if Campbell, who’s regularly approached by aspiring broadcasters, had any qualified leads. Campbell immediately recalled his conversation with Osmak, but her name escaped him and he had no contact information. The only thing he could remember was that she was raised in Oakville and working in Arizona.

Realizing his chances were slim, he monotonously typed the words “Arizona Television Stations” into Google. His search rang up 40 or 50 news stations, but when he saw the word Yuma, something struck him. He clicked the on-air talent link and “up comes this picture of Evanka from Oakville, Ontario. I remember sitting there going, ‘I cannot believe how lucky I was to find her so quickly and so randomly.’”

English emailed Osmak to see if she was still interested in returning to Toronto. “I thought, ‘Is this a joke?’” She sent her demo tape and was swiftly flown to Toronto to read highlights during an on-air interview. “It was so big-time compared to what I was doing in Arizona, it was intimidating,” she says. “They liked me and I liked them and a couple of months later I was here working. If it weren’t for Jamie Campbell, I wouldn’t be here,” says the host of Sportsnet Connected.

At the studio in downtown Toronto, Osmak looks right at home. Cinched in a sleeveless red and black dress, the buttery-blond broadcaster can’t be missed. “Osmak! You’re here early for your six-forty-five meeting,” a co-worker yells. He’s right, she admits. It’s 2 p.m. and, considering she works the night shift, Osmak would normally be napping right now. Instead, she settles into a leather chair in a deserted lounge that’s usually abuzz with hockey banter. Eight-or-so TVs stare blankly at her. “It’s so upsetting that they can’t work something out,” she says, prior to the CBA ratification. “I love watching hockey, I love reading hockey highlights, but I don’t like talking about negotiations. It’s such a bore, so I hope they get something done.”

Osmak has never been the type to hold back. The civil engineering graduate had been working in the field for two years when she began questioning her career choice. “I was 24-years-old and I was lost,” she says. Inspired by a friend who was chasing his dream of coaching basketball in the States, Osmak began paying attention to her own passions. “I loved how he was so driven and I thought, ‘I’ve got to find something that drives me because engineering isn’t what I want to wake up for in the morning.’” Intrigued by the world of broadcasting, Osmak enrolled in a four-month radio and television program at Seneca College. ”I knew coming to the end that sports was what I wanted to do just because I’d grown up involved and surrounded by it and I thought, ‘That’s the avenue I want to take.’”

“It didn’t work out that way at all.” Osmak hit a brick wall when she started applying for jobs after college. After being told numerous times that she needed more experience, she put her dream job on hold and took a news gig at a radio station in Orillia.

“I was making absolutely nothing and I was living in a hotel room, driving home every weekend.” She remembers her dad’s displeasure of telling friends his daughter left her great engineering job to live in a hotel and work as an announcer. “He’s definitely come around now. He’s one of my biggest fans,” she says with a smile.

Persistent Osmak, who was born in Ridgewood, New Jersey, relentlessly sent her demo tape to stations across North America. In February 2005 she got a call from an NBC affiliate in Arizona. The news director for KYMA got straight down to business: “I got your tape. It looks good. If you’re willing to work for no money, come on down.” Her dual citizenship was a perk that paid off. “I said, ‘This is something I have to do.’” She went home, packed up the car and drove three days straight to Yuma with her dad.

Whether it was covering high school football games, investigating illegal immigration or skydiving with the U.S. Army, her two-year contract gave her the experience she needed. “I was making peanuts in Arizona, getting up at two in the morning and then going out with the camera to the middle of the desert and being like, ‘What are we doing? Where am I?’ But I look back on it and that’s what’s made this even better,” she says, scanning her eyes across the studio.

Since that game-changing chat at the Dome, the gutsy tennis enthusiast has become a powerful force in Canadian sports broadcasting. “Some people are too afraid to say anything at all and maybe in that case, they’re not necessarily cut out to be on camera,” says Campbell. Reporting on events such as Rogers Cup and the Vancouver 2010 Winter Olympic Games, her distinctive voice resonates with viewers.

“This is something I never imagined I’d be doing 10 years ago,” says Osmak, 32. But what if she never had the courage to approach Campbell? What if she decided, after a gruelling four years studying engineering that she should just stick to the original plan? Campbell still shakes his head at the chance of it all. “I just think, ‘I wonder if they would have found her anyway?’”

Two hours have passed and Osmak has just enough time to squeeze in a wine tasting for her upcoming February wedding at The Royal Conservatory. In another twist of fate, she met her fiancé in Vancouver while covering the Olympics. Based on her serendipitous past, one must wonder what Osmak’s life will look like 10 years from now. “I hope to be right here,” she says.

Building on your own success, what advice do you offer aspiring sportscasters?
I think for me it’s that experience I had in Yuma of doing everything. And volunteering, also, volunteering at Rogers TV. That’s what I always tell people who ask “How do I get into the biz?” or “What route should I take?” I think volunteering is so important because you have to know what everyone’s job is. Everyone’s job is so important to putting the show on the air at the end of the day. Without the guys cutting the highlights, my producer putting the show together, without the camera guy, without the director, I wouldn’t be able to do my job. There are so many people behind the scenes that you might not see at home, so having the experience of putting yourself in their position or doing their job for a day, for an hour, for whatever it is, is invaluable.

Which event from the Vancouver Winter Olympic Games of 2010 will you never forget?
It will always be the gold medal hockey game. There wasn’t going to be enough time to go to a bar, we figured they’d all be packed, so about 25 to 30 of us crammed into the studio and we just watched the gold medal game together. And that was really fun, I enjoyed that.

Who’s your favourite athlete to interview?
I think I’ll always remember my very first interview while working at Sportsnet. It was on opening day at the Dome for the Blue Jays home opener and I talked to Aaron Hill. He was just such a nice, friendly guy and he always remembered my name after that. He made it really easy and he was personable, I think that’s what I’ll remember.

Is there a Toronto sports bar you frequent?
I’m still trying to find a good one in my new neck of the woods. I guess I would say Real Sports but it’s a little overwhelming for me. I think my ideal sports day would be inviting people over and having food at home and then turning on a couple of televisions and going to different games. And then having my PVR and being able to rewind and record everything.

1. In high school Osmak was a ball girl for a Canadian tennis tournament called Sunlife Nationals.

2. Osmak played ultimate Frisbee with her brothers for seven years. “Everyone thinks it’s granola-eating hippies out there on the field just tossing a disc around — no, no, no! It got pretty aggressive and I‘ve had some injuries. It’s a pretty intense sport.”

3. One of Osmak’s first reporting assignments was covering a Prince concert at the ACC while studying broadcasting at Seneca College. “We just stood outside his bus and we were like, ‘He’s in there somewhere!’”

4. While she has a definite sweet tooth, Osmak’s favourite food is quinoa. “I just found out that Fresh is coming to Eglinton. More green goji salads, yes! I’m a bit of a loser like that.” 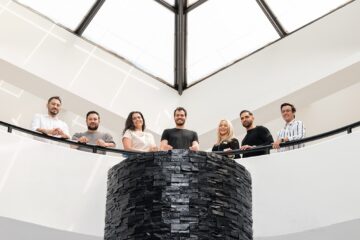 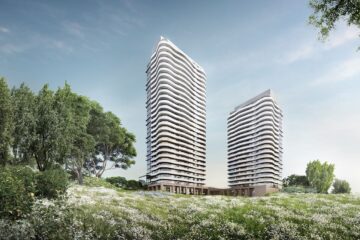 The Design Duo Staging Their Way To Success. Fin

Our past cover star @zendaya makes Emmys history a

The Design Duo Staging Their Way To Success. Fin

Our past cover star @zendaya makes Emmys history a