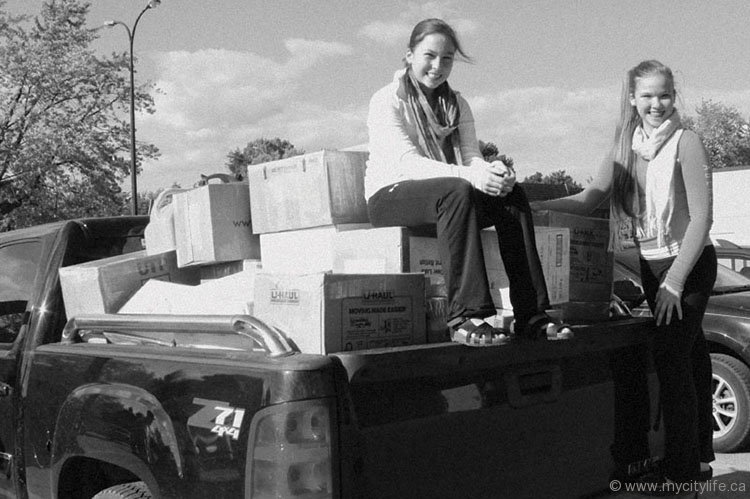 When I pulled up to the house, I was kind of nervous,” says Paul Mandarino. After the recent maelstrom of media reports focused on vulnerable kids being bullied, the 25-year-old Vaughan resident saw an opportunity to join the revolution of resolution. Knocking on a stranger’s door was his first move.

After expressing interest in empowering kids, a York Region police officer informed him about Youth Assisting Youth (YAY). The not-for-profit program matches children aged 6 to 15 with volunteers aged 16 to 29 who can set an example and prevent potential consequences that can stem from social, community or familial issues. “You can reach out to those kids and you can help them through a tough time.”

Before he could become a philanthropic force in his community, Mandarino had to go through an intensive application process that included an initial orientation, multiple training sessions and a one-on-one meeting with his mentee-to-be. “If he didn’t like me it would crush my heart,” he says, looking back on that nerve-racking introduction.

After arriving at 10-year-old Jonathan’s house with his YAY case coordinator, they moved to the dinner table to discuss the details of the program with his mother. “When I started talking to her and having a conversation, things got really comfortable,” he remembers. Mandarino and Jonathan immediately hit it off as well. “We found out that we have a lot of things in common and it was easy from there.” The aspiring police officer meets his mentee twice a week for a total of three hours. They play catch, tennis, Lego, video games, read together and watch Argo games — and the rewards are reciprocal. “I’m still getting something out of it now,” Mandarino says. “The experience has shown me that a future is based on kids and if we show them the right way, the future would be a lot less of a mess later on.”

Mandarino is one of more than five million Ontarians who volunteer their time annually, contributing over 800 million hours each year, which Statistics Canada values at over $10 billion. In their report called “Volunteering in Canada, 2010,” Statistics Canada found that due to differing “interests and obligations,” younger Canadians were typically more likely to volunteer than older age groups. Civic engagement has indeed become embedded in Ontario’s secondary school culture through mandatory volunteer hours, but interestingly more than half of those students ended up exceeding their 40-hour requirement.

While giving back is more systemically encouraged than ever before, there are a few factors to consider before jumping into a cause feet first. If you aren’t particularly passionate about exploring the peripheries of life, it’s probably best to simply look ahead and pursue the path of least resistance. For Mandarino, an opportunity to share the lessons he’s learned and inhibit someone from falling off the tracks was invaluable. “I’d recommend it to people who are willing to share their time. I don’t want people to get the idea you can do this whenever you want and leave the kid behind,” he says.

Rhonda Flanagan, manager of fund development for Big Brothers Big Sisters of York, echoes that sentiment, admitting that while there may be a need for volunteers, the organization only wants individuals who are dedicated to empowering their younger peers. “We’re looking for people who can make that long-term commitment,” she says. “To commit to a child, then get a few months into it and decide it’s not something you want to do would be absolutely devastating.”

Similar to YAY, Big Brothers Big Sisters of York offers various forms of mentorship geared towards giving children and teens the extra care needed to fulfil their potential. The relationships built through the program have changed lives in powerful ways. One Big Brother volunteer developed such a strong bond with his mentee that he ended up asking him to be the best man on his wedding day. “We have stuff like that happen all the time. It changes the life path that these kids might be on, it helps them gain confidence,” says Flanagan, adding that some kids wait up to two years to find a match.

Jordan*, a 16-year-old Vaughan native who sought the support of Big Brothers Big Sisters of York after his father moved away, finds it difficult to encapsulate the experience, but he believes his mentor Gord has played a positive role. “He’s pretty smart, he knows what he’s talking about. If I need anything, I can just ask him.” Over the phone, the congenial teen, who just woke up from a nap, is a soft-spoken mix of self-assured humbleness. “It’s like having a friend, but younger, as a mentor. And it’s good for younger children who don’t have, like, father figures in their lives to look up to. It really does give back to the community,” he says.

Whether it’s joining a mentorship program, initiating a community fundraiser, or donating lemonade stand proceeds to a satisfying cause, the Millennial Generation is making every ounce count and doing so in innovative ways. For Oakville sisters Julia Mogus, 15, and Emma, 14, social media has become a powerful tool in publicizing their entrepreneurial vision of philanthropy, which sprung from a childhood love of literature.

After reading a study led by Nevada University that showed children who have 20 books in the home have better chances of academically advancing, the Mogus sisters wanted to ensure every child had the choice to read. “Growing up without cable TV, my sister and I developed a love of reading, so we always thought, ‘Well, there’s people out there who aren’t as fortunate,’” says Emma.

The J.K. Rowling enthusiasts did some research and found out that the Nishnawbe Aski Nation (NAN) communities in Northern Ontario were in need. “They’re four to five years behind us in literacy skills and families are paying tremendous amounts for necessities,” says Emma. So in the summer of 2012 Books with No Bounds was born and a sorting station was set up in their basement.

Through the generous support of schools, sponsors, family, friends and politicians, to date they’ve put 17,500 books in the hands of First Nation youth in NAN — that’s 49 communities, 28 of which can only be accessed by plane. “It’s something you can’t put a word to. Seeing the love on people’s faces when you help make their lives better, that inspires us to take action,” says Julia. The sisters have been awarded several accolades, including a Queen’s Diamond Jubilee Medal, but the ones that mean the most are the hundreds of thank-you letters they’ve received from the children of NAN.

“I think the best philanthropic endeavours always come from experience or a personal desire that suits you, whatever that may be,” says Robin Turack, whose daughters have ventured far beyond the realms of conventional volunteerism with a personal initiative dedicated to their dad.

When Turack’s husband Fred was diagnosed with brain cancer, their daughters Sydney, 14, and Samantha, 12, began the Blue Brain Bracelet Project to support him and other families in need. “It was so automatic of how do we deal with our grief and our sadness. Serendipitously, angels take hold of something and decide how to carry it,” says Turack.

They started with just 20 bracelets and now, six years later, their late father’s legacy is wrapped around the wrists of more than 7,000 people who have helped contribute more than $70,000 to the Turack Family Fund for Pediatric Oncology at Princess Margaret Hospital, benefiting SickKids. “Our parents always raised us to know that charity is a way to give, it provides a good feeling and we thought that would be the perfect way to give back,” says Sydney who, along with Samantha, also initiated the first kids’ team for Princess Margaret’s annual Dance to Conquer Cancer fundraiser.

Samantha sums up the spirit of philanthropy in a way that only a child could: “The feeling is like a kid on Christmas. When you wake up and run downstairs to open your presents, there is this kind of warm feeling. It’s similar to that except instead of getting we’re giving.”

* A pseudonym has been used to protect the identity of the interviewee.
National Volunteer Week is Apr. 27 to May 3. To get involved, visit:
www.volunteer.ca/content/national-volunteer-week 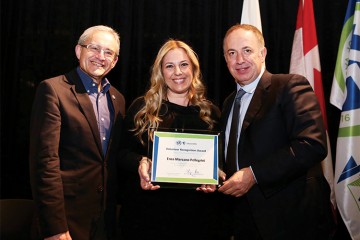