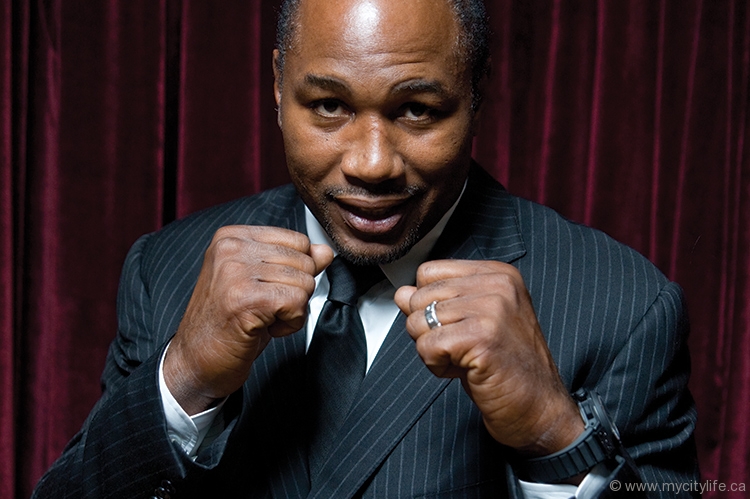 It’s half past 6 on a cool Saturday night when Lennox Lewis approaches a media room set up on the second floor of the Ritz-Carlton Toronto. Quiet, understated, steps softened by the carpeted floors, he strides towards the centre of the suite, where journalists and photographers wait with bated breath for his next move. In the first five seconds of his slightly over 10-minute appearance, cameras begin to roll, light bulbs begin to flash and recording devices are given the green light. Despite the mini media maelstrom unfolding, he remains willing and composed, a smile cracking across a poker face only after a bit of coaxing. Everyone wants a piece of the famed former boxer; everyone is fighting for just one cut or quote. Who said the media room can’t be as merciless as the boxing ring?

He wants to sit, gesturing to chairs tucked in a corner, and I can’t help but feel relieved. Perhaps he’s noticed that my five-inch heels — barely elevating me to the height of his deltoids — are a futile attempt on my part to minimize his towering, 6-5 frame. The discussion that follows is a brief, poignant glimpse into the perpetually motivated psyche of an athlete, long after the gloves have been hung. With the halcyon days of sending bloodied opponents to emergency rooms — rewind to 2003 when Vitali Klitschko’s face required 60 stitches — in his distant past, the lion-hearted Lewis is now knocking sense into philanthropy. “No more training. No more people wanting to beat me up. I’m becoming more of a businessman, getting involved in social issues. And, umm, I have to watch what I eat.” A dapper powerhouse in a dark pinstripe suit, his distinctive dreadlocks now lopped off, Lewis is every inch the professional. And it’s a look very fitting for a night like tonight: The University of West Indies’ fourth annual Toronto Benefit Gala.

Alongside cardiologist and philanthropist Dr. Budhendranauth Doobay, Lewis, 47, is in town to receive the Luminary Award, an achievement bestowed on leaders that contribute to Caribbean and Canadian communities. Past award recipients include Canadian billionaire-businessman Michael Lee-Chin, bestselling author and journalist Malcolm Gladwell and retired sprinter Donovan Bailey. “It’s very important to receive an award of this magnitude,” says Lewis, who over the years has dedicated himself to multiple causes. “I’ve seen a lot of different things come my way, I’ve had a lot of obstacles in my life, and I was able to persevere.”

Down the hall at the VIP cocktail reception, leading academics and dignitaries such as The Hon. David Onley, lieutenant-governor of Ontario, and gala patron G. Raymond Chang are anticipating the arrival of the night’s honourees. “This gala was built on the theme of light, liberty and learning,” says Sir George Alleyne, chancellor of The University of the West Indies. “In that sense, giving him the Luminary Award was an indication that he’s enlightened and has brought that light to large numbers of disadvantaged people.” When Lewis quietly slips into the party, past doll-faced stilt walkers and a highbrow crowd, his powerful yet subdued presence is felt. “Many athletes are full of themselves, but I didn’t get that impression of him at all,” recalls Alleyne, director emeritus of the Pan American Health Organization. “I told him, ‘you’re bigger in real life,’ and he said, ‘then you have to get a bigger television.’”

When Lewis retired from professional boxing in 2004 as the reigning world champion, his remarkable record listed 41 wins, one draw and two losses, with 32 wins by knockout. Throughout his decorated career, his calculated and tactful sweet-science style bested the likes of Shannon Briggs and Mike Tyson, stopping the latter in 2002 in one of the highest-grossing pay-per-view events at the time. Possessing a deep and unwavering ache for excellence, Lewis cites failure as his biggest fear. But it’s not about how hard you fall, he explains, it’s how dedicated you are to greatness. “You fail to realize that you’ve failed to want to succeed,” says Lewis, who regained the title of WBC heavyweight champion in a rematch after losing it to Oliver McCall in 1994. Lewis’s stellar achievements also include being a Member of the Order of Canada, winning an Olympic gold medal, earning a place in Canada’s Sports Hall of Fame and being named the undisputed heavyweight champion of the world after defeating Evander Holyfield in 1999.

Since then, life outside the ring has kept the legendary prizefighter busy. Two weeks before attending the UWI gala, Lewis is on the phone from his Jamaican villa just outside of Montego Bay. Born in England to Jamaican parents and raised in Kitchener-Waterloo, Lewis is sentimental towards the countries he calls home. “England is my birthplace, Canada is a place that nurtured me and Jamaica will always be home because I love the sunshine, the music and the people.” It comes as no surprise that his global edge has translated into a charity that touches youths worldwide, with a focus on Canada, Jamaica, England and the U.S. “Through my foundation, the League of Champions, we help kids become good citizens, we help them with their goals and ways of achieving them, we give them outlets,” says Lewis, whose father left when he was a child. Apart from crediting his strong mother as an instrumental part in his upbringing, Lewis praises French-Canadian boxing trainer and mentor Arnie Boehm for keeping him on the right side of the tracks — something Lewis now hopes to achieve through his foundation. “He took me fishing, camping, he gave me money to roller-skate — he was kind of a father figure in my life. If I didn’t have any guidance, I wouldn’t have known where I was going.”

Although he was bullied as a child and handled it with a strong right hook, Lewis is now a proponent of conflict resolution. He has since helped build a Canadian youth boxing centre — which he named after Boehm, who died in 2002 — in Kitchener-Waterloo.

Whether it’s advocating autism awareness, speaking out on domestic abuse or mentoring youth, Lewis’s convictions have been quite varied. Sponsoring a youth chess team, supporting the Rotary Club of Kitchener-Grand River’s Downtown Mudpuppy Chase for Kids Ability Centre, and contributing to the Muhammad Ali Center, it just comes down to giving back, says the husband and dedicated father of four children.

With hopes to keep alive the sport that afforded him both personal and professional strengths, Lewis plans to establish more boxing gyms around the world with long-time business partner Courtney Shand. In a climate where mixed martial arts leagues such as the UFC are on the rise, the goal, he says, is to promote the flailing sport of boxing by developing young fighters into champions. “We’re waiting for the next talent crew or crop to rise … it takes true skill and true talent to become a great boxer,” says Lewis, who is currently training British pugilist David Price. Nicknamed “The Lion” for his fierce, competitive rule, Lewis is quick to illustrate how perseverance was a key component in him staying the path. “A strong belief in yourself really goes a long way because when you’re boxing, you have a lot of naysayers and people that put you down and don’t believe in you. But if you believe in yourself, and with a lot of hard work and perseverance, eventually you come out on top.”

Back in Toronto, under the floral crystal chandeliers of the Ritz-Carlton ballroom, Lewis takes the stage a little after midnight. Rousing attendees with a bellow to wake up, his luminary presence becomes the focal point in the dimly lit space. The self-proclaimed practical joker thanks his mother, who is somewhere in the sea of faces; he expresses gratitude for being recognized not for his storied past but for giving kids a future. Out in the hallway, a silent auction boasts a pair of shiny black boxing gloves autographed by Lennox Lewis. The Everlast mitts raise $1,000, with proceeds going to the UWI’s scholarship fund for less fortunate students. “Education never stops, education is always there for you to grasp and you should never stop learning, and you will never stop learning,” says Lewis. “You can never say you know everything.”

The Next Big Thing 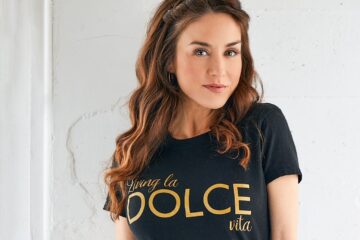 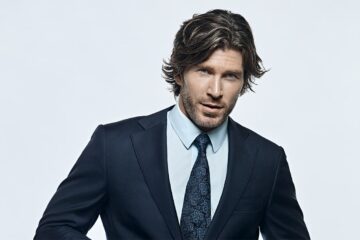