On Top of Her Game – Kat Stefankiewicz 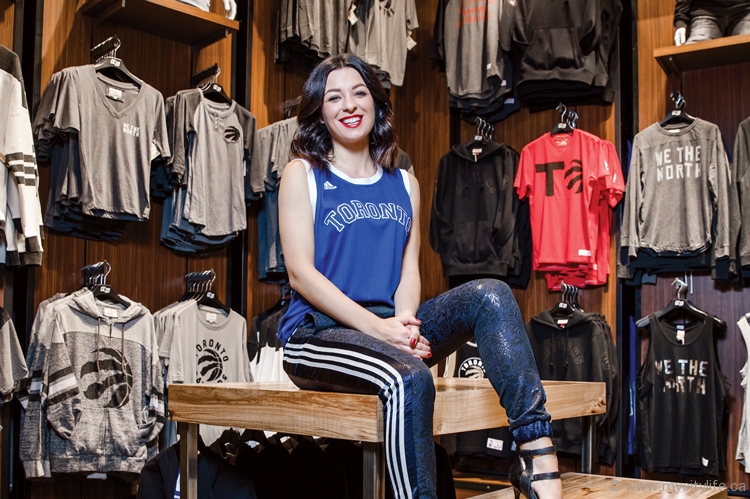 As the Toronto Raptors’ in-game and digital host for the past five years and captain of the team’s Dance Pak for the last 10, Kat Stefankiewicz is just getting started.


Perched atop a table at a sports shop inside the Air Canada Centre, Kat Stefankiewicz looks quite in her element in a limited edition blue Huskies jersey, sparkly Adidas joggers and sky-high heels. The unusual ensemble is a standard example of Stefankiewicz’s courtside uniform — and also of her quirky-cool on-camera presence. As the in-game and digital host for the Toronto Raptors for the past five years and the captain of the team’s Dance Pak for the last decade, she’s mastered the meshing of her inner tomboy and her outward girly-girl.

“When you can wear sweatpants and ball caps to work, you’re going to go with it,” jokes Stefankiewicz, beaming as the camera flashes. “I call my style ‘tomboy chic’ — I love the contrast of mixing things that don’t necessarily go together and making it work.”

It’s four days until the start of basketball season, and the young host is ready for the Raptor rapture. This photo shoot is like a test run for the commotion that’s about to ensue as she enters another six months of courtside interviews, high-voltage dances and long, loud hours, and that’s just the way Stefankiewicz likes it.

There was never a time when Stefankiewicz wasn’t smitten with sports. There’s no anecdote for her to divulge when asked for her to describe the moment she first started down this path, because it’s the one she’s always been on. As a kid, her “when I grow up” dream was to perform and to play — two passions that came together 10 years ago when she first entered the sports entertainment realm, trying out for and snagging a spot in the Raptors Dance Pak (which is essentially the coolest cheerleading squad this side of the border). Stefankiewicz eventually graduated to the Pak’s captain, and soon after was handed a microphone.

“Oh, yeah, I remember my heart pounding,” she says, reminiscing about her first-ever in-game hosting gig. “I remember the ‘Three … two … one … Go, Kat!’ But now it’s different. I still get that rush of adrenaline, but it’s a good kind of anxiety.”

After 10 years, the basketball court feels more like her home-not-so-far-away-from-home than her workspace. Even here, in the ACC’s sports shop, she knows employees by name, and when a curious shopper sidles sheepishly up to the star, she enthusiastically helps scour the racks for his perfect jersey. Her realness is one of the reasons why the fans love her almost as much as they love the team itself. She’s Toronto’s cool big sister and the leader of the Raps tribe — a coveted queen of this red-and-purple wonderland that she danced into a decade ago and got hopelessly, happily lost in.

This past season was the team’s most successful yet as they made the top four in the playoffs, and it’s ditto for Stefankiewicz. She found herself in the middle of a Toronto-positive movement and a cherished part of one of the country’s most-loved teams, and those roles come with a full schedule. From working 16-hour days to being whisked off to Cleveland in a blink, 2016 was a breathtaking, breakneck and beautiful year for Stefankiewicz. And smack-dab in the midst of it all was the iconic NBA All-Star Weekend in February, which she says was the most important few days in her career so far.

“I think my big moment was being a part of [that] the first time it came to Canada in the history of the NBA,” says Stefankiewicz. “I was able to host the Rising Stars Challenge, All-Star Saturday Night and then the actual NBA All-Star Game. Just to be a part of that production, to be able to be right in the scene with the greatest players of the moment after years of watching it from my couch — it was magical. And it was a lot of hard work.”

“Just to be a part of [the NBA All-Star Game] was magical. And it was a lot of hard work”

Even when she’s off the clock she doesn’t stop. This year she became a spin instructor at Spokehaüs in Toronto (“Again, it’s so rewarding to leave people happy and high-energy”) and in the summer she plays softball for two different local leagues (“It’s basically a part-time job”). And then there’s her other forte, acting — which she hasn’t had much time for since her appearance in The Incredible Hulk, but she plans on revisiting that passion soon.

Like many young city dwellers, Stefankiewicz has learned to balance her life like a basketball spinning on her fingertip, somehow managing to rock her job while actually maintaining a personal life. Her secret? The burbs. She prioritizes heading home to her family in Burlington, Ont. — which she’s dubbed her “Hamptons” — as often as her schedule allows, to slow down for a few days. Of course, getting there is a tough feat for the young professional, whose hours are as unpredictable as this season’s NBA champion.

As the Raptors kick off a fresh series of games, and Stefankiewicz is again carried off into her beloved, athletically charged whirlwind, she — along with the rest of the city — is bracing herself for another spectacle of a season. After three years in a row of making the playoffs, and inching closer to that win each time, the team and its #WeTheNorth mania are already taking the world by storm. And Stefankiewicz is happily part of the frenzied family.

“It’s wild. We’ll be shooting until midnight, running out of here around one a.m., catching a flight at six a.m.,” says Stefankiewicz. “But you love it. Like, you do it, right? You’re on this high. And I wouldn’t want it any other way.” 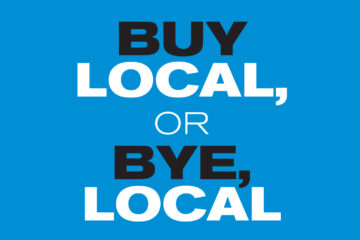 Are you ready to have an awesome week up ahead? L

Small businesses are the fabric of our communities

“A little flower that blooms in May A lovely su

About this beautiful bathroom for a Transformation

Here is a gentle reminder for parents and everyone

CITY LIFE MAGAZINE  @citylifetoronto
RT @Bell_LetsTalk:Today, every view of this video helps create positive change. All you need to do is watch it and Bell will donate 5… https://t.co/fGsjnWTQz9
reply retweet favorite
Instagram
About this Charred Whole Eggplant with Crushed Tom

Are you ready to have an awesome week up ahead? L

Small businesses are the fabric of our communities

“A little flower that blooms in May A lovely su

About this beautiful bathroom for a Transformation

Here is a gentle reminder for parents and everyone

On Top of Her Game – Kat Stefankiewicz