STRESSED BY THE BELL 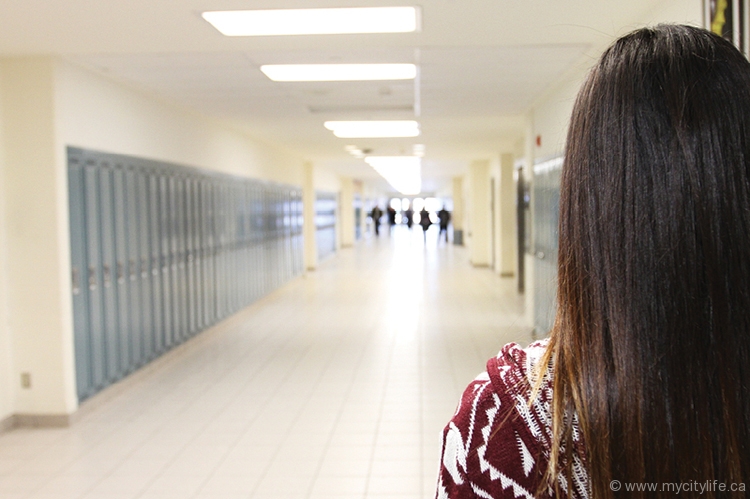 Teenage anxiety is more prevalent than ever these days. City Life Magazine finds out why

Chloe* was just 12 when the chips in her young life began to fall. Alone in her mind, she felt burdened by excessive worry with each passing day, her inability to concentrate and growing irritability foiling her day-to-day life. Feelings of unease and restlessness followed her like a shadow that wouldn’t dissipate, and the effects of it would soon come to light. A bright and inquisitive child, Chloe suddenly began disengaging from the things that made her happy. By the time she reached Grade 8, Chloe outright refused to attend school, preferring to stay at home and away from her classmates. Her growing absenteeism, which disappeared and returned once she reached high school, had both school officials and her parents gravely concerned.

The story of Chloe is not a solitary one. According to Children’s Mental Health Ontario (CMHO), approximately one in five — or 20 per cent — of Ontario students under the age of 19 experience mental, emotional or behavioural disorders. To put this in perspective, roughly five to seven students in a class of 25 to 30 pupils are struggling with issues that are interfering with their social lives and affecting their academic performance. “This is definitely a concern across our Canadian schools,” says Dr. Giuliana Malvestuto-Filice, a psychologist with the York Catholic District School Board. For over 30 years, Dr. Malvestuto-Filice, more commonly known as “Dr. G.,” has seen her fair share of elementary and high school level students struggling with a range of issues — bullying, self-harm, depression and even suicide — that have flummoxed parents, educators and the medical community alike. The psychologist shares that over the last 8 to 10 years of her work, she has observed an increase in students presenting with anxiety. “We’ve been dealing with mental health issues all along, from junior kindergarten to Grade 12, but there is now a higher prevalence of anxiety in our students, particularly those in high school.” Dr. G. adds that while an increase in mental health awareness has indeed led to more disclosures from students, this was not the case a decade ago, when discussing mental illness was taboo. “Back then, we were seeing behaviours such as frequent absenteeism, late arrivals, declining grades and overwhelming emotions that were indicative of students experiencing some form of inner turmoil. Once we began to explore these behaviours more closely with the student, anxiety was often a major presenting factor.”

Anxiety disorders, which have a high comorbidity rate with depression, are the most common mental health problems in Canada affecting any age group, with about six per cent of children and youth suffering from various types of anxiety that are serious enough to require treatment, says CMHO. While the exact cause of anxiety remains unknown, it’s believed that a combination of biological, psychological and other factors are at play. Attending school, writing tests, world news, relationships and conflicts, or a significant loss such as changing schools or the death of a loved one can be triggers. Sometimes, though, an anxiety disorder can strike out of the blue.

While a recent improved picture of mental illness has helped loosen its stigma in society, many parents are still struggling to understand why and what is happening to their children. We’ve all held down part-time jobs and juggled classes; we’ve all had crappy relationships and helicopter parents; we’ve all studied late into the night to keep our averages up. So why are kids suddenly cracking under the same pressure their predecessors faced?

Maybe a teenager might know. “No matter what anyone says, every teen is suffering from mental health issues, whether it’s minor or major, ’cause, like, we have so much stress on us, and, not to sound like every teenager saying, ‘oh we have so much pressure on us,’ it’s actually true,” says Alessia Fiore, a Grade 11 student at St. Jean de Brebeuf Catholic High School in Vaughan. “We have pressures of school and our outside life and if we work, and then if we have a boyfriend or girlfriend, just like, everything is being put on us and sometimes we don’t know where to go with it.” It’s a week before final exams at the high-ceilinged high school and Fiore, along with fellow classmate Christina Giovannoni, sit side by side in a boardroom tucked away from the school’s front office. They both laugh nervously about their upcoming assessments.

As presidents of the school’s Desire for Change club, which works to promote healthy attitudes and inclusivity for all, the girls have an advantage: a safe haven to turn to when life gets complicated. The club, led by guidance councillor Marie Di Giorgio, is one of the ways in which the school has taken a mind-body-spirit approach to tackling mental health issues. After all, they see it every day. “Kids aren’t just stressed around exam times, it can be anything, like coming to school, and especially on Civvies Day when you don’t have to wear a uniform,” says Giovannoni. The fresh-faced teenagers, who are excelling academically, are working toward careers in law. “We just want to make money, we don’t care what we do. The standard of living is so high,” says Fiore matter-of-factly.

On a Monday night in January, St. Jean de Brebeuf held its second Mental Health Awareness Night, an hour-long presentation with the goal to build parents’ knowledge of anxiety and ADHD (attention deficit hyperactivity disorder). The school stood aglow in the darkness as a trickle of parents walked toward the school’s Theatre Arts Room, where the dimly lit auditorium’s seats were quickly filling up. Across the faces of each parent was a tangible look of concern and an eagerness to understand how they can maximize their role as parents to better help out their teenagers. The panel of experts, which included YCDSB mental health lead Dr. G., encouraged parents to keep an open dialogue with school principals and teachers who can provide accommodations such as alternative test settings for students presenting with anxiety. Educators can also connect parents and students to community support agencies such as COMPASS and Kinark. To date, the night drew in the largest crowd of parents attending a mental health presentation at the school.

While the experts pointed out that parental expectations, the increasing self-pressure to do well academically and genetics are all factors that contribute to an escalation of anxiety in teenagers, they were quick to paint an even bigger picture: today’s youths are living a life that is significantly different from previous generations. Take for instance the issue of bullying, which can exacerbate anxiety, or maintaining popularity scores and the obsession to stay thin — pressures and appearances we all could escape from once we shut the front door of our homes. But that pencil and paper generation is now gone, they warned. “Social media is huge,” explains Michelle Prinzo, a psychological associate assigned to St. Jean de Brebeuf. “It’s where students are getting their self-esteem from, it’s where your number of retweets and likes show just how popular you are.” She went on to expound that advances in technology and the constant, immediate flood of information being fed to children and young adults can at times be too much to cope with. “Kids don’t yet know how to sort through the information fast enough,” adds Prinzo, who suggests that parents hop onto social media platforms such as Instagram and Twitter to keep a distant but attentive eye on what’s happening in their kids’ social media lives.

Over the next three years, the province of Ontario aims to improve mental health and create healthy, resilient children by way of early intervention and improving access to support services. The mental health and addictions strategy “Open Minds, Healthy Minds” marks a collaborative effort among the Ontario Ministry of Health and Long-Term Care, the Ministry of Children and Youth Services and school boards across Ontario working together to transform our mental health system. Right now, only one in six kids get the help they need to overcome mental illness. In the midst of a lack of services and long wait times for treatment, many see the strategy as a step in the right direction.

If you’re wondering about Chloe, her story does have a happy ending. The support she received from her parents and the school system gave her the tools with which to graduate high school and pursue a post-secondary education, where she continues to keep up with her therapy. “Parents need to spend quality time with their children to help build their self-esteem,” urges Dr. G. “Parents are ideally positioned in the home situation so they are able to hear what their children say, and they can familiarize themselves with what’s typical and not typical with their child’s behaviour.”

What Are Anxiety Disorders?
Anxiety disorders are mental illnesses that can affect anyone at any age. The different types of anxiety disorders include the following:
Generalized anxiety disorder is excessive worry around a number of everyday problems for more than six months. Many people experience physical symptoms too, including muscle tension and sleep problems.
Social anxiety disorder involves intense fear of being embarrassed or evaluated negatively by others. This is more than shyness. It can have a big impact on work, school performance (walking to class, giving a speech) and relationships.
Panic disorder involves repeated and unexpected panic attacks. A panic attack is a feeling of sudden and intense fear that lasts for a short period of time. Physical feelings include a racing heart, shortness of breath or nausea. Panic attacks can be a normal reaction to a stressful situation, or a part of other anxiety disorders. With panic disorder, panic attacks seem to happen for no reason.
Phobia is an intense fear around a specific thing like an object, animal or situation. Most of us are scared of something, but these feelings don’t disrupt our lives. With phobias, people change the way they live in order to avoid the feared object or situation.
Agoraphobia is a fear of being in a situation where a person can’t escape or find help if they experience a panic attack or other feelings of anxiety. A person with agoraphobia may avoid public places.

To learn more about “The ABCs of Mental Health,” visit
www.hincksdellcrest.org/abc/welcome 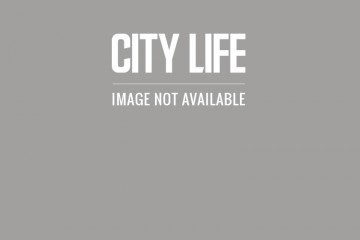 Instagram
The latest from Sophia Loren - “What would Sophi

STRESSED BY THE BELL