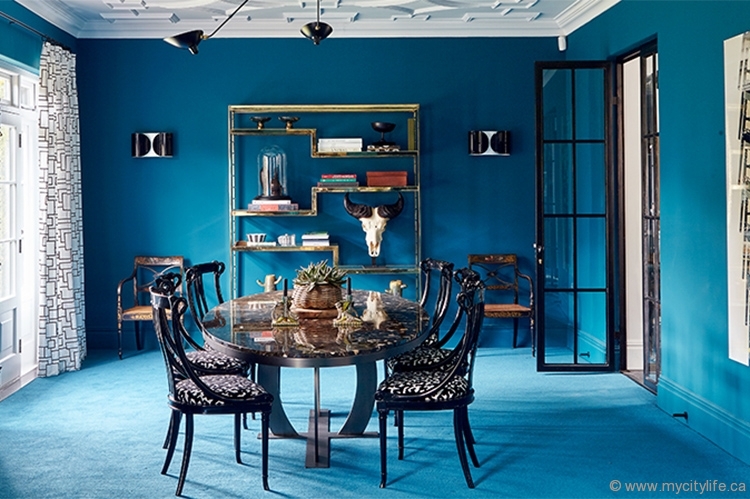 Zebra-print carpets from South Africa form a foundation for designer pieces from Europe, creating a dynamic interplay of colour, pattern and texture in this French family-owned Cape Town home.

After looking at a number of palatial South African houses featuring multiple living rooms and kitchens, a French family of six happened, aptly, upon a Provençal-styled home. Not only did it have a European-type layout and the requisite number of living rooms and kitchens (one, respectively), it was near the schools in which they planned to enroll their children. And when you’ve got four children at three schools, proximity is key.

“It was a very big decision,” says the family matriarch of her husband’s decision to sell his company and transplant their children. “We didn’t want to make a mistake.”

In a subsequent whirlwind trip to Cape Town, the couple met with the builder and interior designer and then jetted back to Brussels where they were living at the time. And apart from one more trip at the start of the revamp and a checkup three months later, they proceeded to do the four-month decorating job via calls, weekly Skype sessions and emails.

They found the interior designer, Andrea Graff, on the Internet. Graff is one of South Africa’s top designers, known for her irreverent colour, texture and graphic pattern mash-ups. “We had four months to totally strip this home, redo seven bathrooms, redo the entire interior of the home,” she says. “Everything was planned meticulously before and we had the most unbelievable builder, Paul Wolpert.”

The time restriction was mitigated by an instant rapport between the owners and Graff – a job she describes as “a total joint venture.” “She’s possibly been the client that I’ve wished for my entire career,” says Graff. “She just got me. We did so many daring things. It was just a dream come true.”

For the couple, whose last house was a study in white, grey and black, they wanted an easy living house that was practical for a large family. Despite this being the fifth house they’d redone, including one in the bush in the north of South Africa, it was the first in an outdoorsy lifestyle place like Cape Town. “It was the first time that we had a house under the sun so we wanted a colourful house, a fun house,” says the patriarch of the family.

There are teal blue walls and carpets in the living area, bright yellow walls in the guest room, bright lime green walls in the boys’ bathroom, and a variety of black and white fabrics and tiles creating a kaleidoscope of pattern and animal print. “There is a continuity,” Graff says.

I love colour — there’s always colour. There are always things that don’t match but do. It’s about mixing and layering and not making it obvious
and predictable.

The owners wanted to bring all of their furniture and art from Europe but have none of it in the same place. These pieces were supplemented with local art and fabrics plus finds from Graff’s stock of vintage and auction buys. “In South Africa, our standard of upholstery, craftsmanship and selection of fitted furniture is completely on par with overseas standards, if not better. But to find the bamboo sideboard or the Lalique lamp or the old Maison Jansen table, we don’t have it here, and if the odd person brings it here it gets snapped up, so for me the opportunity to source and find things was just amazing.”

Originally from the north of France, the couple had visited Cape Town on holiday for 20 years. Having lived in England, Spain, Asia and the United States, and most recently in Belgium for seven years, they wanted to give their four children the same international experience.

“One day we just decided that we should move here for a better quality of life,” says the father. “I used to have a big job working all day and all night, all week long, and now I’m breathing a little bit here. So now it’s different for me and also for my family because I see them every day. The balance between your job and your personal life is much better. Here people stop working at 5 or 6 p.m., whereas in France people stop working at 8 or 8:30 p.m. Here it’s very sporty and everything’s outdoors, with the sea, with the mountain, the vineyards. You have 300 sunny days in a year. In northern France we have about 300 days of rain.” 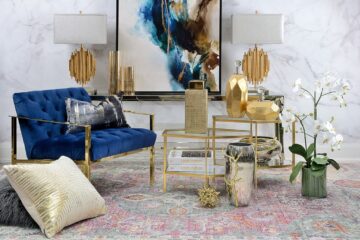 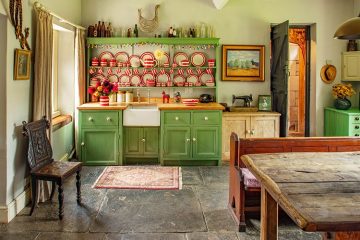 CITY LIFE MAGAZINE  @citylifetoronto
RT @Bell_LetsTalk:Today, every view of this video helps create positive change. All you need to do is watch it and Bell will donate 5… https://t.co/fGsjnWTQz9
reply retweet favorite
Load More...
Instagram
Here’s a sneak peek of our interview with “Vir