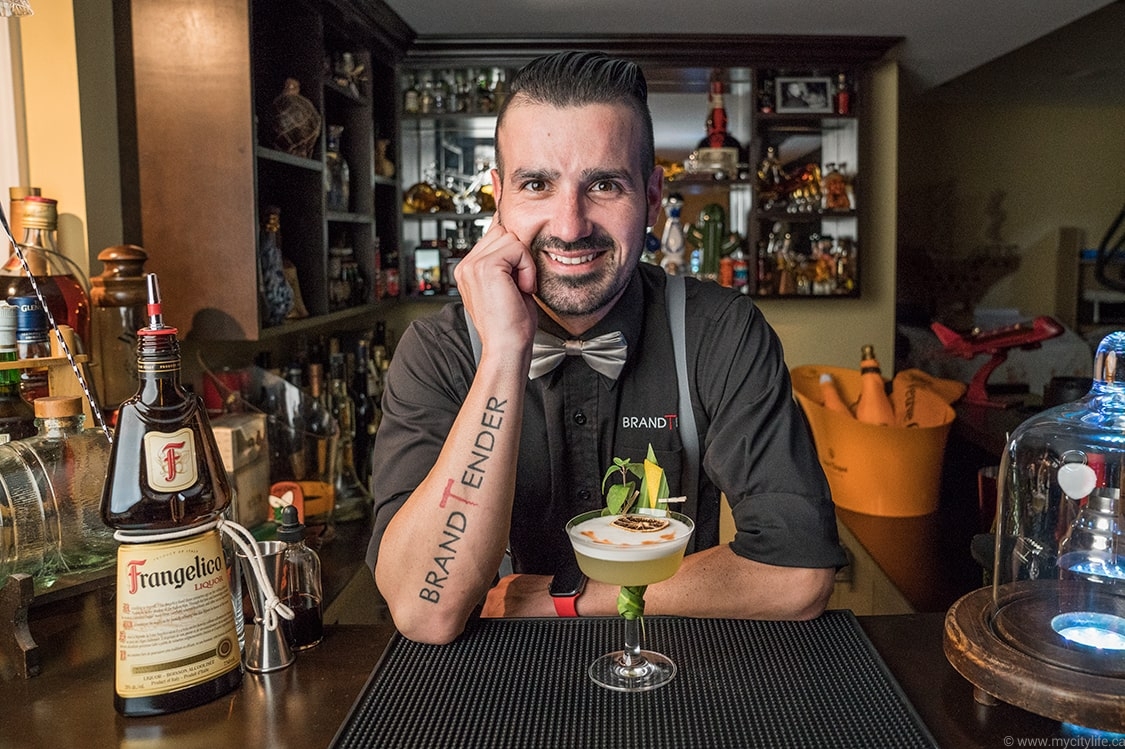 Mark Lourenco and Brandtender are the new wave of entertaining bartenders.

Let’s face it: socially, 2020 has been a complete bust, and no one has seen this more closely than that concierge of society, the bartender. There was a time when the word “bartender” conjured up an image of a middle-aged male wearing a white shirt, vest and bow tie, wiping down a bar and saying, “What’ll it be, pal?” while lending an ear to a poor soul pouring his heart out. They were an omnipresent yet quiet background piece set amid life’s tableau.

Today, bartenders are no longer reactive but proactive. They have become front and centre, and part of the “show,” as important to any venue or event as the DJ and more scientist than anything else. They are now known as “mixologists” in whipping up their creative concoctions.

Among the leaders of this new band of young social Pied Pipers is Mark Lourenco, owner of Brandtender, a freelance bartending company catering to home events, such as pool parties, summer gatherings, Christmas parties and other special events. As Lourenco tells it, moving from the background shadows into the spotlight came quite naturally for this new evolution of bartenders.

“It happened because bartenders realized they can make more in tips by giving customers the ‘wow’ factor,” says Lourenco. “Especially when customers aren’t expecting it. When you can flip a bottle or a glass and do something different, it pushes people, and I’m pushed to do even more. And of course, social media just emphasized all of this.”


Bartenders also had to up their game when it came to the trend of ‘mixology,’ becoming part scientist for the ingredients of special cocktails and part mathematician for the measurements involved.

I love the compliments, the atmosphere and the energy. A bartender can also set the mood of the evening

“You’re like a scientist, because you’ve got to create a masterpiece out of mixing things together,” says Lourenco, explaining the delicate balance bartenders need to achieve. “Or, you’re like a mathematician, as you’ve got to measure everything together using a jigger, or free pouring, which is a counting system in your head to pace the pour and count ounces in your head without a jigger.”

Lourenco’s Brandtender company is usually hired by people hosting private events, usually in the Vaughan, Woodbridge, Kleinburg or Nobleton, Ont., areas, so he hasn’t been as severely affected by bars being either closed or reduced in capacity. But the pandemic is felt at private events, as well. With government regulations usually announced on a Friday, Lourenco has arrived at Saturday events only to be told the guest list has been reduced by half, and he needs to adjust on the fly. And all of these gatherings are extremely compliant with the new safety protocols.

But it doesn’t take away from the joy he takes from his craft and the fun he wants to create for his customers.

“I like to make sure people are having a great, fun time,” says Lourenco about his own personal style behind the bar. “I love the compliments, the atmosphere and the energy. A bartender can also set the mood of the evening. My definition of happiness is seeing the smiles, joy and pleasure, and that my guests are having a great evening. I give them me, and what I’ve got to offer, and am always thinking of how I can improve my game and make people have an even better time at these events, while still staying safe.”

Like all of us, Mark Lourenco hopes we’ll soon be returning to the way things used to be. But, in the meantime, Lourenco and Brandtender will continue to embrace the leading role bartenders have assumed at our valuable social gatherings. 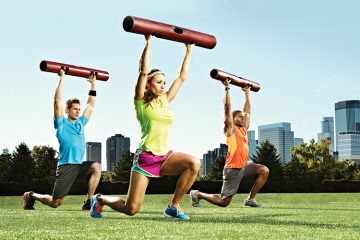 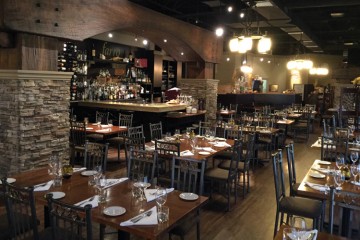 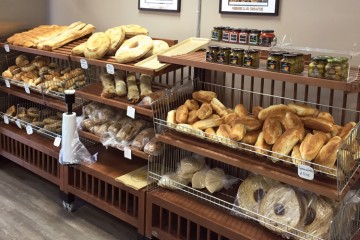