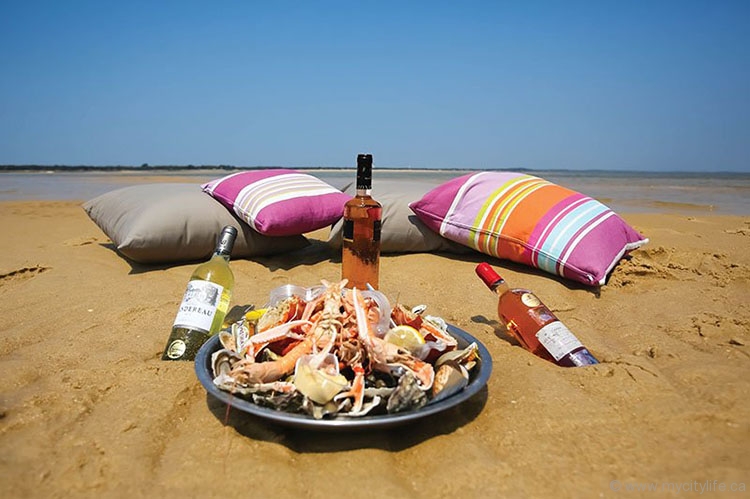 Bordeaux is known all over the world for its exceptional wines, but the region has charms that go far beyond imbibing. Bordeaux’s location gives visitors access to a city that has all the charm of Paris (yes, on a smaller scale) but also offers easy access to the ocean and countryside.

A huge push over the last decade to remove soot from Bordeaux’s stunning facades and to restore the waterfront has imbued the city with new life. From elegantly restored hotels to Michelin-starred restaurants, Bordeaux is bursting with delights for tourists. Base yourself in Place de la Comédie, Bordeaux’s most famous square and also one of its most scenic. The square is home to the city’s most iconic hotel, the Grand Hôtel de Bordeaux (www.ghbordeaux.com). Thanks to a renovation, completed in 2008, the property now balances elegant neo-Napoleonic décor with unexpected touches like a clubby rooftop bar and modern art and lighting mixed in with classic oil paintings and chandeliers. Bains de Léa Spa dominates three full floors of the hotel, and the Michelin-starred Le Pressoir d’Argent restaurant is famous for its Brittany Blue Lobster, prepared using one of only five lobster presses in the world.

For the same great location in boutique surroundings, try Hôtel de Sèze (www.hotel-de-seze.com). The hotel has existed since 1927 and recently underwent a dramatic renovation that was completed at the end of 2012. Although the décor is inspired by the 18th century, the 55 rooms are airy and modern with cheery colours and boldly patterned wallpaper. A walking tour is the best way to appreciate the city. Thanks to its small size, all of the major sights in the old city, sometimes called the “golden triangle,” can be reached on foot. Starting at your hotel in Place de la Comédie, the natural first stop is the nearby neo-classical masterpiece the Grand Theatre (www.opera-bordeaux.com). Then head to Place de la Bourse, which is considered the loveliest square in the city, for a coffee and canelés.

Active sightseers will want to then pop into Bordeaux’s plentiful and impressive churches such as Cathédrale St-André, Basilique St-Michel and Fleche St-Michel before browsing the art collection at Musée des Beaux-Arts. But every tour should end at Bordeaux’s beautifully restored waterfront for a stroll across the Garonne River on the Pont de Pierre. With 17 arches, the bridge is considered one of the most beautiful in France.

The Garonne River is not the only nearby body of water in Bordeaux. It’s easy to forget when strolling the city streets that Bordeaux is a mere 48 kilometres (30 miles) from the sea, including picturesque Arcachon Bay where the sandy beaches are dotted with summer homes popular among Bordeaux locals. The best way to appreciate the sea is by chartering a local style of wooden boat called a pinasse. Hire one in the town of Arcachon (www.pinasse-bassin-arcachon.com) and load up the boat with wine, aperitifs and a classic French picnic of meat, cheese and bread before taking off around the bay. Drop anchor for a swim or stop at one of the many beaches for a jaunt around the dunes.

Upon approaching Lège-Cap-Ferret, the waters are littered with oyster farms and they don’t disappoint. Pull up to one of the seaside restaurants like Chai Bertrand or Pinasse Café and prepare to enjoy heaping mounds of shellfish and the freshest oysters you will ever eat. Thanks to Bordeaux’s plentiful vineyards, the countryside outside the city is spotted with charming towns and picturesque chateaus.

A great day trip is to the tiny, one-street town of Podensac, which has held a special place in the region ever since the classic French aperitif Lillet (www.lillet.com) was founded there. The Lillet brothers, Raymond and Paul, introduced Kina Lillet (now simply Lillet) in 1887, mixing white Bordeaux grapes with a secret combination of 10 fruit liquors — quinine, sweet orange and bitter orange are the known liquors but the rest are a mystery — creating a sweet, crisp beverage perfect for enjoying on a spring day.

Lillet later shot to fame worldwide as an ingredient in James Bond’s Vesper Martini — a cultural byproduct of the British love of using Lillet to add a touch of French elegance to cocktails circa 1953 when Ian Fleming published Casino Royale. Today, it remains a popular cocktail ingredient in both North America and Europe, although it’s delicious on its own. Visit the Lillet distillery for a throwback to a different era — a cheery red, white and blue facade behind which lies a wide, deep courtyard surrounded by ivy-covered walls. Despite having been lovingly restored and renovated, an ancient water pump and rough hewn wood floorboards and doors serve as reminders of the building’s provenance, as does an on-site museum.

If you get lucky, you might just meet Monsieur Pierre Lillet, the last remaining grandchild of Raymond Lillet, who visits each week despite being 97 years old. Don’t return to Bordeaux without dining at one of the many top restaurants hiding in the area’s ancient chateaus.

Where to eat & drink in bordeaux

Château Cordeillan-Bages
For decadent French dining in Bordeaux’s beautiful countryside, you can’t do better than Thierry Marx’s two-Michelin-starred restaurant at the Château Cordeillan-Bages. The nine-course degustation menu is served creatively and presented in minimalist surroundings with little to distract from the meal at hand.
www.cordeillanbages.com
Route des Châteaux
33250 Pauillac, France

L’Atelier des Chefs
Instead of just heading to a restaurant, learn how to cook classic French dishes with the guidance of a top chef. Of course, the cooking lessons aren’t too intensive. Some of the prep is done before you arrive and, after an hour or two of instruction, you can head to the table to drink a glass of wine while the fruits of your labour are expertly plated and served.
www.atelierdeschefs.fr
25 Rue Judaïque
33000 Bordeaux, France

Baillardran
Canelé is a pastry completely unique to Bordeaux. This spongy caramel cake flavoured with rum and vanilla is omnipresent, but the local branch of Baillardran arguably makes the best.
www.baillardran.com
55 Cours de l’Intendance
33000 Bordeaux, France

Straight A's and the Dora Craze 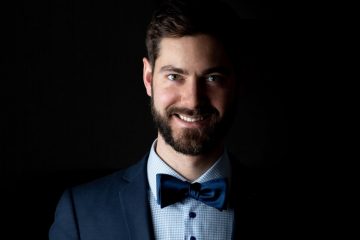