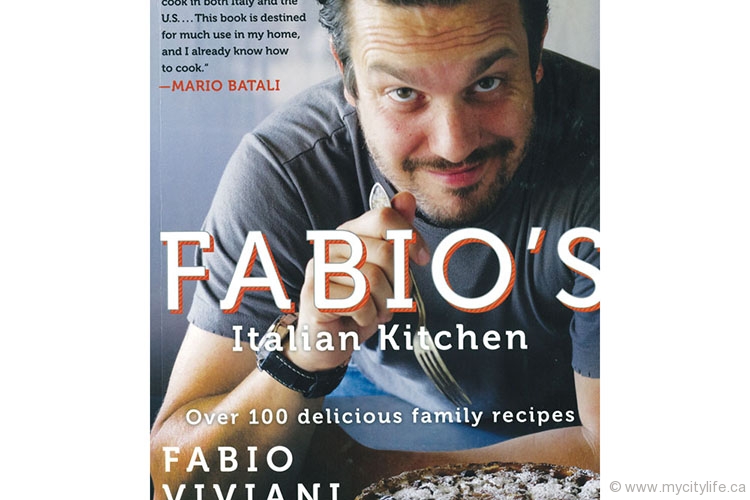 Legacy means everything to Fabio Viviani. It’s about hitting the ground running in Converse by John Varvatos shoes — even if that means flying 340 days of the year to make it happen. “Lindsay Lohan is very famous but does she have a good legacy? I don’t care to be famous; I want people to remember me for the good things and what I do for others,” he explains. In a ragù-to-riches tale, he proves an indelible protagonist.

Stepping into A1 Autostrada restaurant, a fiery glow emanating from the entrance illuminates his figure in pyrotechnic energy. The vermilion haze produces a transcendent effect, one that throws a typifying light on the life of the stir-crazy chef. Viviani, who jumped headfirst into the firepit of California’s dining scene seven years ago, who at 11 was cooking pies in a sweltering bakery basement with two dozen double-decker ovens blasting, is no stranger to a bit of heat.

Wearing jeans, a white dress shirt and a dark zip-up sweater, his chestnut hair slicked away from his hazel eyes, he walks into the restaurant, surveying the space with goal-oriented eyes like an athlete strategizing his next move. Despite this being his first time in the adrenaline-pumping eatery — or Vaughan, for that matter — a travel-worn Viviani immediately feels at ease. “I’m at home here,” he murmurs, his eyes panning over a wood-fired oven, his fingers brushing against a modern Tamagnini meat slicer in ruby red chrome.

The Italo-American chef and author from Los Angeles, in town to promote his latest book, Fabio’s Italian Kitchen, rounds a corner to a prepping area stocked with olive oil, eggs and tomatoes — staple items of a childhood stripped of any fanciful foods. Skilfully handling the fare, his features soon ignite a response that overrides any remnant memories belonging to long-lost cupboards deprived of indulgent sustenance. These simple ingredients, his gestures reveal, have become ever-present elements he continues to showcase in his work. Drunken Spaghetti, Seafood Cioppino, Pissed Off Eggs — his cookbook delivers a mouthful of over 100 recipes passed down for generations. It’s a celebration of family, he explains, an anthology of love letters to the humble ingredients that have kept his edible traditions alive. From his devotion to family and the home-cooked meals that sustained them, Viviani is like a drop of oil in a sea of molecular cooking, an anomaly in an era when fledgling chefs are scrambling to add the next best thing to their eggs. “I don’t follow food trends; I make them,” says Viviani, who takes a seat in the restaurant’s sunken dining area. “Actually, I don’t make them — I bring people back to reality. That’s what I do; I go back to the basics. I’m not the greatest chef — I just want to be everybody’s grandma.”

Born and raised in the frescoed foothills of Florence, Italy, Viviani grew up with the basics. Crammed in a tiny apartment with his parents, grandparents and great-grandmother, his makeshift bed was a beach chair covered in a thin mattress in the living room. They fought to make ends meet, but his grandpa’s garden and chicken coop on a strip of land next to their low-income housing complex meant that hot home-cooked meals — a few vegetables, eggs and if they were lucky some scraps of meat or fish — somehow made their way onto the kitchen table. Although the unbalanced diet affected his health, Viviani tosses self-pity over his left shoulder. “To me it didn’t feel like a struggle because it was just what we did,” he writes in his book. “You only call it a struggle when you realize other people have it better.” But somewhere, sometime along the way, Viviani’s modest upbringing would spark an entrepreneurial mindset that would jolt gastronomy back to its beginnings. And it’s something you can taste in his food. “You know, one of the biggest lessons that my family taught me was life is not about how good you’ve had it so far, but how bad you want it.” As a child, Viviani radiated such uncontainable energy that he often found himself in trouble wherever he went. The hallowed grounds of Vatican City were no exception. On a visit to St. Peter’s Basilica during the papacy of Pope John Paul II, boredom struck the youngster as he waited for his blessing from the head of the Roman Catholic Church. He jumped and yelled, he roused the cardinals who tried to calm him and he ate one of the two apple cakes he had prepared for the pontiff. For a mere 10 minutes, however, he remained serene when the pope finally emerged to bless him and extend a warm embrace. It was then that Viviani jumped up in a fruitless attempt to knock off the pope’s ceremonial hat. “I was just seven years old,” he explains with a laugh. “I didn’t know what I was doing!”

One day, when he was five and feeling especially devilish, Viviani accidently lit his great-grandmother on fire. Acting on explosion scenes he’d seen on TV, he stole some of his grandfather’s gunpowder paste, mixed it with rubbing alcohol and olive oil, and lit the concoction he had laid out on the living room floor. Before his dad could douse the blaze, thick trails of smoke filled the small space, and flames hungrily licked at the rubber tires of his great-grandmother’s wheelchair as she rolled into the room. The family became incensed, wondering how they could channel the energy bundled up inside him. His great-grandmother quickly spoke, offering up a solution: “I’ll take care of him. I have an idea.” Leading him to the kitchen and handing him a spoon, she taught him how to prep bread and pasta as he clung to her side. Mixing batters, sautéing ingredients, Viviani was whipping up meals for his family by the time he was six. “The kid wants to play with fire,” she had mused, “I’ll teach him how to cook.”

It wasn’t long before Viviani yearned to financially contribute to the household. At 11, he began sneaking out of his home to work a strenuous yet well-paying night job at a bakery. Although the long shifts that ended at dawn began to affect his grades, the morning sun began to light the way down a different path. Raised in a city steeped in artistic and architectural history, a place considered to be the birthplace of the Renaissance, Viviani, now 35, decided to pursue a masterstroke of his own. “I consider cooking an art. A little bit of this and a little bit of that, a touch of green here, a splash of red there. Now, I’m not an artist like Michelangelo, because I can’t slap meatballs on the Sistine Chapel, but I’m
all right with the art of food,” he smiles.

Swapping his school uniform for a pristine chef’s jacket, Viviani let his passion do the rest when he began working at Il Pallaio restaurant. Under the tutelage of iconic restaurateur Simone Mugnaini, he rose through the ranks, becoming a sous chef at 16 and eventually opening up his own impressive collection of restaurants and clubs across Florence. “I had a lot of success in Italy, yet I wasn’t fulfilled, I wasn’t happy,” says Viviani, who wears a trio of necklaces that each stand for health and success, well-being and happiness, and block any negative energy coming his way. Despite not speaking English, regardless of having just one friend in the most populous state in the U.S., Viviani headed to Ventura County, Calif., in 2006. Splashing thousands awake with his skill and quirky charm, Viviani’s career soon took off. “I always had a plan of expansion. In my mind, I was never meant not to work hard for my own business and live in somebody else’s shadow. I want to be the sun, not the moon … I want to shine my own light.”

Today, Viviani splits his time between Chicago and Los Angeles to run his booming restaurants. Siena Tavern recently opened up in the Windy City, and Firenze Osteria in North Hollywood continues to entice loyal diners. His Moorpark, Calif., restaurant, Café Firenze, often seats celebrities, including Canadian actor William Shatner. “He used to come to my restaurant pretty much every other day. He has a ranch out in Moorpark, and we used to ride horses together,” says Viviani, star and host of the lifestyle and food web series Chow Ciao! on Yahoo! “I would ask him, ‘What do you want to eat, Will?’ He would respond and say, ‘Impress me or surprise me.’ He was very theatrical. He liked everything that was very bold in taste. He doesn’t like anything plain — he’s not a dressing-on-the-side kind of guy, if you know what I mean.”

With plans to spread his restaurant models to Miami, Las Vegas and New York, a website teeming with recipes and an appearance on Top Chef in 2008, there’s only one thing Viviani can’t check off his list. “I’d like to have my grandma back for one day, just because I’d like to cook her a meal and say, ‘See? This is what I do.’ She died before realizing that I was going to be all right.” 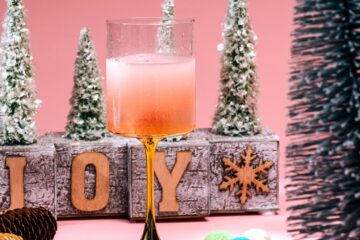 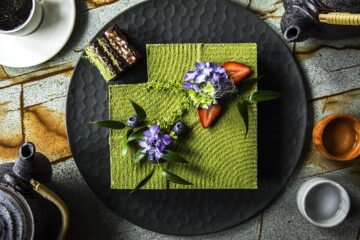 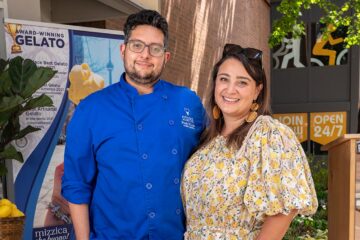 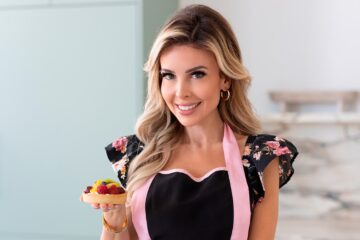