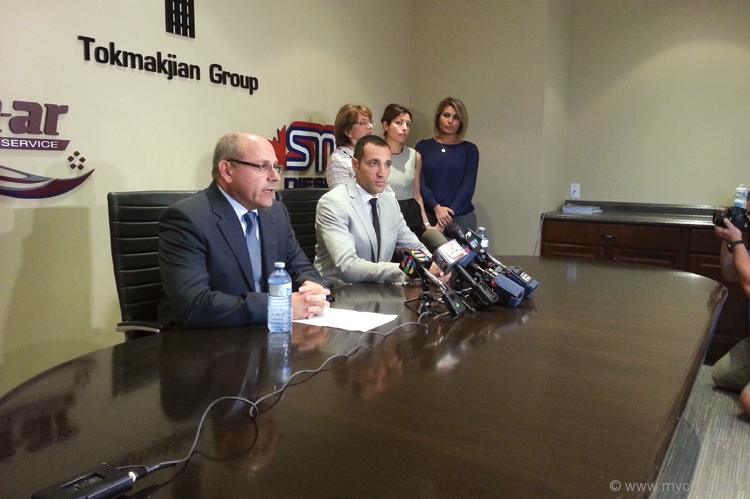 Raffi Tokmakjian could barely hold back his tears as he held up a photo of his father, Vaughan businessman Cy Tokmakjian, who, after being held in Cuba for three years, was given a 15-year sentence on corruption-related charges on Sept. 26.

“This is who we’re here to talk about today,” said Raffi, president of international transportation company Tokmakjian Group, as he held the photo. “Father of three, a husband and a grandfather of seven. An innocent man.”

Cy, 74, is the owner of Tokmakjian Group, which has provided engine repair and transportation services in Canada and abroad for over 40 years, including distributing Hyundai passenger cars, commercial vehicles and construction equipment in Cuba since 1996. He was arrested in Havana in 2011 along with a number of other foreign executives during a countrywide sweep to weed out corruption.

Cy was held in La Condesa, a Cuban prison for foreigners, for nearly two and a half years without charges while the Cuban government seized roughly $100 million of company and personal assets — an ordeal outlined in the cover story of our Aug./Sept. issue of City Life Magazine.

The family maintains Cy is innocent and is asking for support in getting him home.

Raffi explained that the charges against Cy, which include economic crimes and bribery, are false. For two decades the Tokmakjian Group has done business in Cuba without issue, Raffi says. “Why? Because he ran it appropriately and in accordance with every single law in the jurisdictions.”

Lee Hacker, Tokmakjian Group’s vice-president of finances, called the charges against Cy “absurd” and described the trial as “a complete sham” and “a show trial” held simply to portray the workings of a legal system.

The family was convinced beforehand that the outcome of the trial was predetermined: the files of the two-and-a-half year secret investigation against Cy were withheld until two months before the trial and only four of the family’s 18 key foreign witnesses would be allowed to testify. These witnesses, Hacker explained, included Cubans living outside of Cuba whose testimony would show that the company did not violate any law in the Communist country.

Two other Canadian employees of the Tokmakjian Group, Marco Puche and Claudio Vetere, were also sentenced to eight and 12 years, respectively, and are currently under house arrest.

The Tokmakjian family hasn’t seen Cy in three years, but Raffi explained they speak to him over the phone whenever he has the chance to call, which is always at an indeterminate time.

“Every time he calls he reminds us, ‘I’ve done nothing. You know that. Everybody knows that. You cannot stop fighting for what’s right. They’ve already taken three years of my life, but I will not admit to anything that I have not done. I’ve done nothing wrong and I’ll continue to say that,’” said Raffi.

The family is fighting the charges through the International Chamber of Commerce in Paris, France, and the Ontario Superior Court in Canada. The total amount of these claims is in excess of $200 million.

Hacker explained that Cy has been offered deals if he were to give up the claims levied against Cuba. Cy, however, refuses. “Cy wants to clear his name, he’s been there for three years and he has consistently said, ‘I am going to clear my name and stay here until I do so.’”

Raffi’s message to anyone thinking of investing in Cuba is to stay vigilant and keep a close eye on your situation. “You might have been down there for a couple of years and think you know the lay of the land, but we were there for 20 years plus and this happened to us.”

Raffi added that the Canadian government has been extremely supportive and that the Department of Foreign Affairs has been involved since Cy’s initial arrest.

If his father had done anything wrong, said Raffi, “we’re a family of principles and we would say, ‘You know what? Justice prevails.’ But he wasn’t, and justice is not prevailing. If it was, he should be home, and he’s not. He needs to come home.”

When Cy’s wife, Helen, visibly distraught and understandably so, was asked how she is holding up throughout the ordeal, the family matriarch stepped to the microphones propped up on the table before her, fought through the tears, and delivered a single message: “I want my husband and my children’s father and my grandkid’s grandfather to be home as soon as possible. 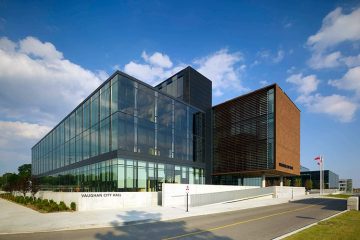 CITY LIFE MAGAZINE  @citylifetoronto
With over 90,000 readers, broaden your reach to a new audience! https://t.co/fyc94gPiVZ
May 25 reply retweet favorite 3 days ago

CITY LIFE MAGAZINE  @citylifetoronto
With over 90,000 readers, broaden your reach to a new audience! https://t.co/fyc94gPiVZ
May 25 reply retweet favorite 3 days ago