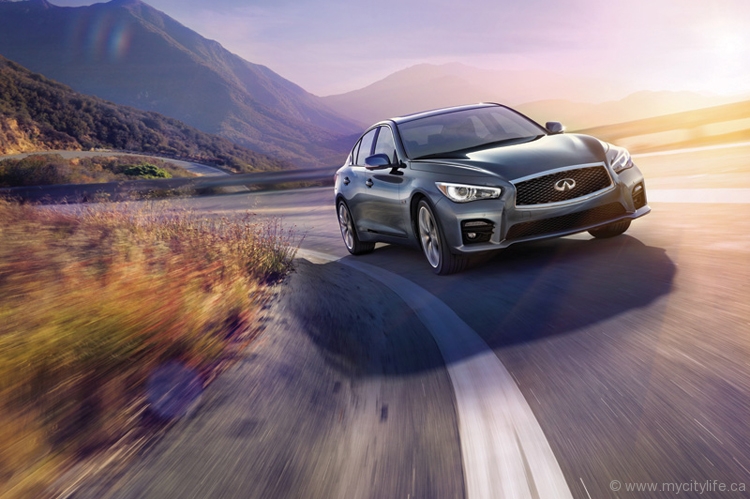 Infiniti celebrates its 25th anniversary in Canada this year, but it can easily be summed up as one of the more under-the-radar players in the luxury automotive market. Nissan’s well-adorned sister company first hit the market in the mid-1980s trying to claw away luxury car buyers from the already-established premium German selections, but it took them until 2003 and the launch of the third generation G35 Coupe for the brand to start gaining serious traction in the North American market Fast forward through the last 11 years, and the brand continues to see some significant growth. Infiniti’s range of crossovers, sedans and coupes continue to stack up quite well against the competition, and its recent foray into Formula One Racing has proven to be incredibly successful. Most recently, the Q50 Hybrid captured the Automotive Journalists’ Association of Canada’s coveted title of “Best New Luxury Car over $50k” for 2014. With that in mind, we thought we would take a closer look at three of Infiniti’s key vehicles.

Q50 Hybrid
The Q50 first broke cover at the North American International Auto Show in 2013, and it was the linchpin in Infiniti’s massive vehicle renaming strategy that centred on a string of alphanumeric combinations using the letter “Q.” Besides being a beautifully sculpted successor to the popular G sedan, the Q50 bested its competition by providing a well-rounded balance of style, driving dynamics and creature comforts rather than excelling in one by compromising in another. Visually speaking, this is likely the sexiest sedan Infiniti has ever built. It does bare a few similarities to the Lexus GS sedan, but it still stands out in a crowd. The Q50 is also heavily laden in the latest-and-greatest automotive technologies, including everything from the more common blind-spot detection to Infiniti’s new Predictive Forward Collision Warning, which not only monitors the car ahead of you but also the car ahead of it in order to warn you of possible collision risks. The performance-driven “Eau Rouge” variant of the Q50 sports sedan is set to be revealed by the time this goes to print, which will satisfy shoppers looking for a touch more get-up-and-go.

QX60 Hybrid
Infiniti’s QX60 (formerly known as the JX model range) comes with an optional hybrid powertrain for 2014, which pairs a supercharged 2.5-Litre 4-cylinder engine with a 15kW electric motor for a combined output of 250-horsepower and 243 lb-ft of torque. While this output may not be groundbreaking, the QX60 offers a reasonable amount of quickness, and its fuel economy isn’t half bad either. It lists an impressive 7.6L/100kilometres in the city and 6.9L/100km on the highway. More importantly, the QX60 hybrid makes a great and comfortable family-hauler, offering third-row seating, leather upholstery and a Bose premium audio system as standard equipment for a starting price of $53,950.

QX70
While the QX70 (formerly known as the FX) is technically bigger than Infiniti’s QX60, it is in many ways in between the QX60 and the Q50. The QX70 does not offer the third-row seating due to its sloping roofline, and in trade it offers up a far more engaging drive and increased performance. The QX70 does away with the CVT gearbox in exchange for a slick 7-speed automatic paired to the brand’s tried and true 3.7-Litre V-6. That base engine is good for 325-horsepower, but if  its serious performance you want, there is a 5.0-L V-8 option, which brings the QX70’s output up to 390-hp. That increase comes with an $11,750 price jump, but in trade you get a quilted-leather interior, surround-view cameras, parking sensors, as well as heated and cooled front seats. The QX60 is a good choice for getting from point A to point B comfortably, but if you’re after performance, the QX70 is a much better option.
www.infiniti.ca 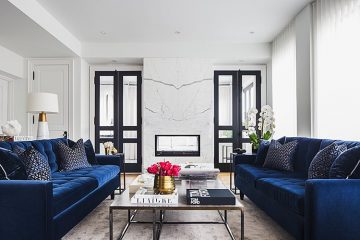 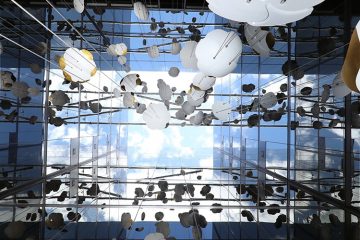 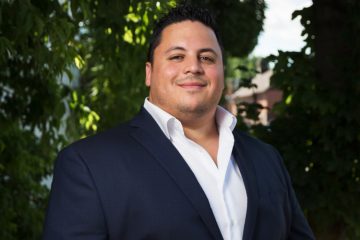