Work Smart for Your Money – Financial Planning with Bruno Ricchio 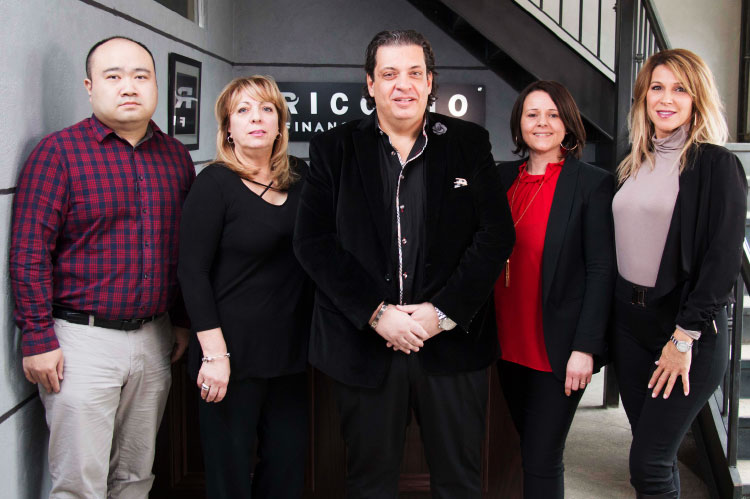 Bruno Ricchio wants everyone to know that he is going to continue to be here for the next 25 years.

Financial planning is more than budgeting, saving or the perfect investment strategy. It sets you on a course toward actively achieving your life goals through the proper management of your monetary affairs. This is why working with a financial planner is integral to your overall financial success.

Led by its namesake owner Bruno Ricchio, Ricchio Financial Group has been an independent, successful financial business in the Vaughan area for the past 25 years, helping people achieve their life goals. For someone who has been such a mainstay in the community, one would not think that Bruno Ricchio got into this side of the financial business by accident.

As an economist by background, Ricchio’s first job out of university was for the provincial government. With a degree in accounting, he was then able to get a job as an auditor at the federal level. Here, he would manage portfolios and monitor how the fund companies were making their portfolios. This gave Ricchio an idea — to provide these same strategies on a more personal level.

Starting with his own family business, Ricchio showed them how to plan their tax and manage their finances so that they could work smart for their money instead of working hard for their money. He then started his own business with the intention of helping others do the same. Over two decades later, Ricchio has done exactly that, serving countless families and businesses.

“The greatest satisfaction I have for myself is seeing my clients grow, develop and knowing that my firm and I have been an integral part of their growth and success,” Ricchio says.

As a boutique financial planning agency, Ricchio Financial Group covers everything from personal finances to tax planning — everything from A to Z. His qualified team of professional accountants, and his referral agreements with some of the top mortgage brokers, insurance agents, lawyers and more, works together toward the common goal of the client’s best interests.

In fact, Ricchio has always put the focus on the client. “Our client is our No. 1 priority, always has been. And I won’t deviate from that for a dollar,” says Ricchio.

His care for people extends beyond his work too. Ricchio helped to set up the Robbie Foundation, named after one of his clients. Every year the charity hosts a golf tournament that raises an excess of $200,000 dedicated to various charities including SickKids and the Princess Margaret Cancer Foundation. The charity then sends five families on an all-expenses-paid trip to Disney World.

Staying in business for 25 years is an impressive feat that should not be underestimated, especially considering Ricchio Financial Group does not have a website and that virtually all of the group’s clients come from referrals and have been with him since day one.

“The greatest compliment I can ever get is when they are referring me to their family and they say, ‘this is the guy you want to deal with.’ That’s the true sign of their satisfaction,” Ricchio elates.

The Cornerstone of Balancing Business and Home - Artistic Stone Design

Home & Beyond - Spring Pieces For Your Space

Work Smart for Your Money – Financial Planning with Bruno Ricchio