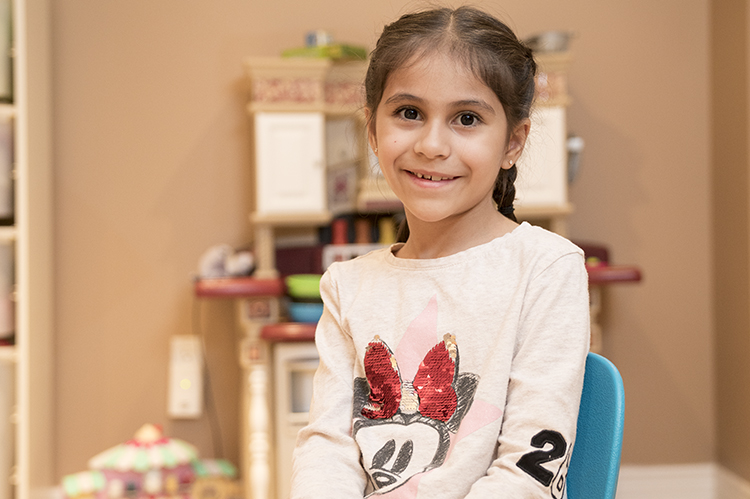 In her heart, Maribel Ronquillo knew something was different about her child Victoria. So when she found out that Victoria was on the autism spectrum, she stopped at nothing to get her girl the help she needed. And with speech and music therapy made possible with the financial aid of Waves of Changes for Autism, Victoria is a different kid today.

Ask any parent. When you hold your child in your arms for the first time, it’s a forever unforgettable moment. For Maribel Ronquillo and her husband, it was perfect. “We were like any happy couple with their first baby,” says Maribel. Soon after, they had another child, Sofia.

Life settled into a routine, with Maribel and her husband working, and the kids at daycare. “We’d pick them up after work, then get home, then I’d start dinner,” says Maribel. “Then after dinner, the routine would be to get them ready for bed and go again the next day.”

Originally from Venezuela, Maribel and her husband spoke to the kids in Spanish and English, but they noticed that Victoria wasn’t saying much in either language. “She took too long to speak. Although Sofia was a year younger, she talked more,” says Maribel. Sofia would look for her parents when they weren’t in the room, and she would play with different toys. But Victoria would not. “Sometimes when we talked to her, she wouldn’t listen or respond to her name and she wouldn’t even make eye contact,” she adds. By then, Victoria was almost three years old.

Then, a mother’s instinct kicked in. “Something kept telling me that something wasn’t right,” she says. She started to research on the Internet. “I suspected that perhaps she was on the spectrum,” Maribel says. And the Ronquillos also got a heads-up from the daycare, when they pointed out that Victoria wasn’t doing many of the other things that other children her age were doing, and stressing how important it is to get an official diagnosis and early intervention. “We felt so overwhelmed, all these mixed feelings of guilt, sadness, and the questions: What do we do now? Where do we start?” she says.

The Ronquillos started at the beginning, by setting up appointments with specialists and filling out forms to get an official diagnosis, which would open doors to access programs for Victoria. “In a way, getting the diagnosis was a relief,” says Maribel. “You are going through a grieving phase of the vision you had for your kid; it was devastating, but at least we knew then what we were dealing with.” Maribel believed in her daughter and she knew that with the right help and support, Victoria was capable of many things. “I never gave up on her,” Maribel adds quietly.

One problem, however, is that the waiting list to get an assessment is long. What else could we do? Maribel asked herself. One of the notes she had been given suggested that Victoria could benefit greatly from speech and music therapy. When a friend of Maribel’s told her about an organization called Waves of Changes for Autism, which offers financial assistance to families, she jumped on it.

“My daughter is really an inspiration not only for me, but also for everyone who meets her”

Supported by the city of Vaughan, Ont., Waves of Changes for Autism was created to help families in Vaughan deal with the daily struggles of raising a child with autism. It’s run completely by volunteers, and its goal is simple: to financially assist as many families as possible in the community with the many costs incurred for treatment and programs.

“Thanks to the incredible generosity of our sponsors and community supporters, we will continue our important work to raise much needed funds to help with the cost of specialized therapies and programs for children affected by autism,” says Ellen Contardi, president of Waves of Changes for Autism. “Our hope as an organization is that this help will make living with autism a little bit more manageable, and the children will move toward their potential.”

As soon as Victoria started working with a speech therapist, she started to say more words and express herself a little. Within a few months, there was a tremendous improvement in Victoria’s vocabulary. As for music therapy, it was a godsend, says Maribel. “Victoria loves singing, and getting the words right for the music helps her with pronunciation and to articulate the words, and the therapy has helped even with communication and social skills,” says Maribel. “Sometimes the therapists will start a song with something like, ‘I like to eat …,’ and the kids have to finish it, with worlds like apples or bananas. Then, all the kids start singing along,” laughs Maribel.

Victoria is a different child now. “If you knew Victoria, the way we knew her, it’s amazing. I’m overjoyed,” she adds. In fact, Maribel calls it a miracle. When Victoria started junior kindergarten, she needed an educational assistant. But now, three years later, she doesn’t need one. That is the kind of difference that early intervention can make for a child.

“She’s in Grade 2 right now, but her transition to Grade 1 last year was so smooth,” says Maribel. “Other kids were crying in the classroom, but she was fine. She just let the teacher grab her hand and she asked, ‘Mommy, are you OK?’”

Maribel certainly shed a lot of tears when Victoria was first diagnosed. “But in three months, what a difference: she would go to a friend’s house and say, ‘Hello’ or ‘Look at my nails. Mommy painted them with nail polish,’” Maribel says.

In fact, when City Life arrived to photograph the Ronquillos, we found a confident, friendly child, one who was quite affectionate toward her younger sister. Actually, she let us know in no uncertain terms that she really just wanted to get back to playing with her. “My daughter is really an inspiration not only for me, but also for everyone who meets her,” says Maribel. 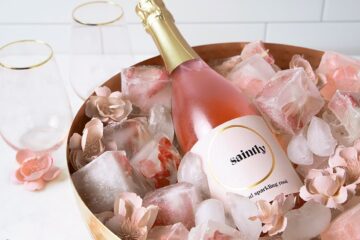 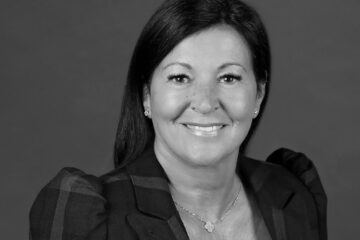