Gold Park Group founder Peter Cipriano proves that success is not only measured by wealth, but also by the time one dedicates to bettering the lives of those around him.

How would you define a man who has created homes for families for close to 50 years and simultaneously gives the majority of his time and effort back to philanthropic causes that help communities? You would define him as noble and admirable. And you would identify him as Peter Cipriano, founder of Gold Park Group, one of the most respected land developers in Ontario, and a man much admired by those who know him best.

“Peter is a very charming and thoughtful man who I don’t think has really been properly acknowledged for everything he has done for so many people and causes in the community,” says builder Joe Tiano, co-owner of Cassavia Estate Homes along with Pat Fontana, who has known Cipriano for 20 years and done business with him for more than 15 years. “Peter is always out there in the community looking to help others, and he has helped so many small businesses grow into big businesses. For what he has done for us, there is no question my partner Pat Fontana and I realize Cassavia simply would not be where it is today without the support and faith of Peter.”

Born in Italy, Cipriano arrived in Canada in 1968 as a 21-year-old carpenter, invested his earnings and eventually transferred into homebuilding and land development by age 30. He built Gold Park’s success through hard work, dedication, perseverance and a unique vision regarding land development. His business acumen had him buying lots of land 25 years ago; now Gold Park is now among the largest owners of serviced lots in Ontario, with an admired reputation of carefully crafted homebuilding.

“We are social beings and want the connection with others, so when a group is feeling good and pulling together and you know you have made that happen, that has to be the best feeling in the world” — Peter Cipriano

Through it all, Cipriano has remained true to his guiding principle of creating quality liveable communities for his homebuyers. “What I learned in cabinetry permeates everything I do — quality, cohesiveness, beauty, functionality. That has been my commitment to my projects from the beginning, and that continues today,” says Cipriano. “I want people to want to live and work in the developments I build. I love driving through my projects and seeing the pride the owners have for their homes — it shows in the meticulous lawns and landscaping.”

Cipriano’s faith in others and his support of his business associates are two personal traits that friends like Joe Tiano admire so much.

“He has been more like a mentor to me and Pat, and has taught me a lot about the business,” says Tiano. “He is like the older brother I never had and I have always turned to him and listened to his advice about business and other aspects of life. He has always said that as you become more successful, [you should] become more humble, and I have seen that first-hand on some of our development collaborations over the years.”

An example of that collaboration is Cassavia’s Noble Square Towns, an enclave community of luxury executive towns to be built in the heart of Maple. Gold Park developed the land east of Highway 400 and turned to Cassavia to develop the luxury townhomes.

Cipriano’s appreciation for his success in Canada is demonstrated through his philanthropic endeavours, a testament that the true measure of a man is what he does should his hard work provide him with good fortune.

In addition to donating to many charities and special causes, Cipriano volunteers his time on committees and boards, organizes fundraising events and solicits his business associates to support his worthy endeavours. A major initiative for him is improving health care for seniors through funding of geriatric care at Sunnybrook Health Sciences Centre.

“I have been very fortunate in life so my philanthropy is one way of thanking my adopted country, Canada, for the opportunities I got” — Peter Cipriano

His major donations and gifts to the Sunnybrook Foundation (one of at least 20 organizations he contributes to) just since 2012 approach nearly $700,000 and his fundraising achievements for Sunnybrook in the same period exceed an impressive $1.6 million. Cipriano’s volunteer work and fundraising activities are equally impressive, including serving as this year’s chair and organizer of the Gala Evening for Parkinson’s in support of Parkinson Canada. Cipriano was also a 2017 winner at the Spirit of Ontario Awards, presented to Canadians of Italian descent who have made contributions of excellence to the province by the National Congress of Italian Canadians.

“I have been very fortunate in life, so my philanthropy is one way of thanking my adopted country, Canada, for the opportunities I got,” says Cipriano humbly. “I am rewarded when I see the positive impact my contributions make for everyone. We are social beings and want connection with others, so when a group is feeling good and pulling together and you know you have made that happen, that has to be the best feeling in the world.”

Cipriano’s passion extends lovingly to his family: his wife, his children, Michael and Nina, his three grandchildren, his mother and his late father. “You have to know Peter to understand him,” says Joe Tiano. “He is a very heartwarming and caring human being. You’ve got to be tough to succeed in the development business, and while he may have a gruff exterior, I can tell you first-hand that inside, his softer side is much bigger than his business side.”

While many families have benefited from the expertise of Gold Park Group and Cipriano over the years, in the bigger picture it appears that many more in the larger community have benefited from his generous soul. And for that, we should all be thankful.

photo by carlos a. pinto 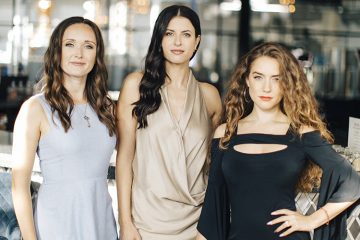 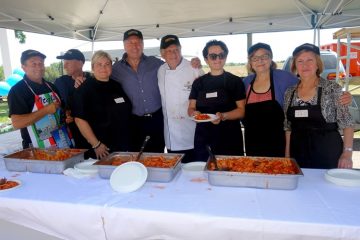 Irpinia Club Had Their Summer Picnic 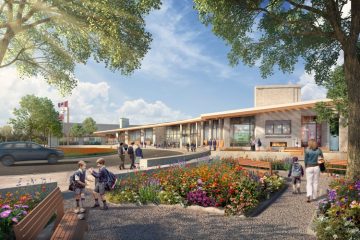